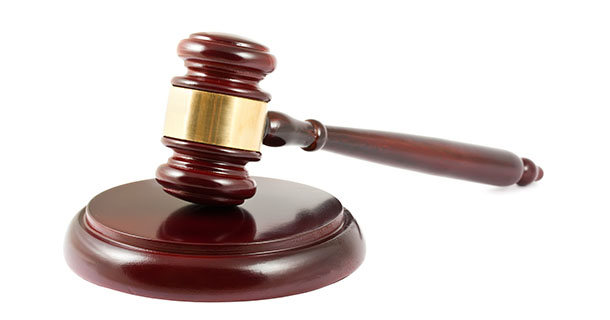 The vote passed 13-9, which is one more vote than senators said they had during the first mark-up on April 29, when they decided to delay the bill in an effort to build a stronger coalition.

“Even though the support was not unanimous, every member on the committee was actively engaged in this collaborative process, and passing this legislation out of committee is only the first step,” said Tim Johnson, chairman of the Senate Banking Committee and co-sponsor of the bill.

While the vote passed the committee, it is unclear if it has the support needed to pass the full Senate.

House Financial Services Committee Chairman Jeb Hensarling said in a statement the prospects for the bill passing this year are bleak.

“The fact remains the window for action this year is quickly closing,” he said, “and I fear it may already be too late during this Congress with an already full agenda to get meaningful reform bills through both chambers.”

Sen. Elizabeth Warren, who voted against the bill in the Senate committee, said despite the progress made, “I remain concerned that this bill in its current form does not do enough to produce a housing market that works for middle class America.” But, Warren added, she would like to continue to working on housing finance reform.

Sen. Jack Reed said he was voting against the bill because he still had concerns about the availability of 30-year fixed rate mortgages under the terms of the bill, and Senator Richard Shelby said he was not in favor of creating a new “massive regulator” that would oversee the mortgage market.

Carney said President Barack Obama remains determined that Americans continue to have access to affordable rental options, and that access to mortgage credit during severe downturns is preserved while protecting taxpayers from substantial losses in the housing sector.

“We have worked closely with the Senate Banking Committee to provide policy, technical, and analytical support throughout the process to achieve these goals, and going forward, we will continue to work with the Senate to address affordability and access to broaden support for reform,” he said.

Mel Watt, the new director of the Federal Housing Finance Agency, which oversees Fannie Mae and Freddie Mac, said in his first public address that he was taking steps to expand the availability of mortgage credit and that his focus is on the present.

“Our goals are consistent with continuing the operation of Fannie and Freddie in the here and the now,” Watt said. “We will do that until there is legislation.”

The S.1217 Housing Finance Reform and Taxpayer Act passed would wind-down Fannie Mae and Freddie Mac and create a new entity called the Federal Mortgage Insurance Corp., which would oversee the housing finance system and create a reinsurance fund that would support a new security that would have an explicit government guarantee with a 10 percent private capital buffer.

Former senators George Mitchell, Kit Bond and Mel Martinez, who co-chair the Bipartisan Policy Center’s Housing Commission, also weighed in on the bill passing out of committee. “We urge the administration to encourage the full Senate to consider S.1217 as expeditiously as possible,” they said in a statement. “A vigorous floor debate has the potential to lead to additional refinements that can further improve this bipartisan bill.”

Financial Services Roundtable CEO Tim Pawlenty also advocated for the bill in a statement, saying “If Congress does not act, the Obama administration could enact reform on its own, which would eliminate the possibility of a bipartisan solution and greatly reduce Republican input on the result.”

“We applaud Senators Johnson and Crapo, as well as the entire Committee, for advancing this critical bipartisan legislation to fix the nation’s housing finance system. Now it’s time for Congress to act.

“Building upon the work of Senators Bob Corker (R-Tenn.) and Mark Warner (D-Va.), the proposed legislation lays out critical distinctions between single family and multifamily financing. Importantly, Title VII retains many of the successful components of the existing multifamily programs and includes key provisions that NMHC/NAA advocated for on behalf of the industry.

“We look forward to continuing to work with Congress to ensure liquidity in the multifamily mortgage market in order to meet the nation’s growing demand for rental housing.”