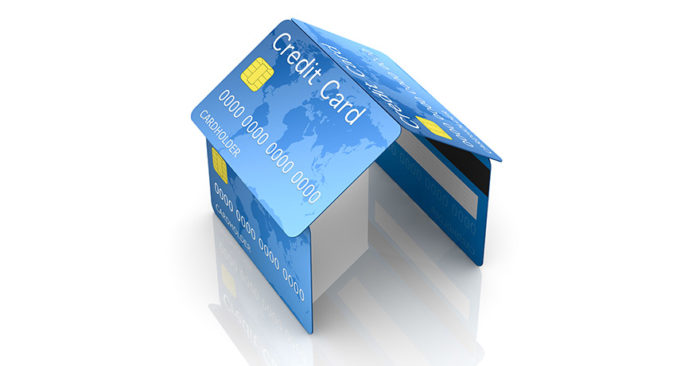 Last summer, that same trump card stopped a bipartisan bill to reform the mortgage market, more than six years after Fannie Mae and Freddie Mac had to be taken over by the government.

All of this ignores a crucial fact: Much, and at times most, of what happens in the mortgage market doesn’t have anything to do with homeownership. A sizable percentage of mortgages—including most of the risky ones that were made in the run-up to the financial crisis—are not used to buy a home. They’re used to refinance an existing mortgage. When home prices are rising and mortgage rates are falling, many homeowners choose to replace their mortgage with a bigger one, taking the difference in cash. In other words, mortgages are a way to provide credit.

Refinancing is a relatively modern phenomenon. According to Joshua Rosner, a managing director at the research consultancy Graham Fisher & Company, by 1977, only 8 percent of homeowners had ever refinanced. By 1999, 47 percent had refinanced at least once. By the peak of the bubble, homeowners were extensively using refinancings to extract cash. Mr. Rosner also points out that while homeownership peaked in 2004, home prices peaked in 2006, because refinancing drove up prices.

One of the most abjectly false narratives about the financial crisis is that risky mortgages proliferated so that people who couldn’t afford homes could nonetheless buy them. Modern subprime lending was not about homeownership. Instead, the 1990s crop of subprime mortgage makers allowed people with bad credit to borrow against the equity in their existing homes. According to a joint HUD-Treasury report published in 2000, by 1999, a staggering 82 percent of subprime mortgages were refinancings, and in nearly 60 percent of those cases, the borrower pulled out cash, adding to his debt burden. The report noted that “relatively few subprime mortgages are used to purchase a house.”

According to the financial statements of New Century, the huge lender whose bankruptcy in early 2007 helped kick off the financial crisis, cash-out refinancings were 64.2 percent and 59.5 percent of its business in 2003 and 2004; home purchase loans made up only 25 percent to 35 percent for the two years. A New Century executive told Congress that its customers needed to “tap into their home equity to meet other financial needs, such as paying off higher-interest consumer debt, purchasing a car, paying for educational or medical expenses and a host of other personal reasons.” I’ll always remember seeing a bank ad blowing in the windy, bleak Chicago winter of 2009. “Let your home take you on vacation,” it read.

According to Jason Thomas, now the director of research at the Carlyle Group, only about a third of subprime mortgages that were turned into mortgage-backed securities between 2000 and 2007 were used to buy homes.

Putting the financial crisis aside, the logic behind this is completely messed up. If we want homes to be a vehicle for saving and building wealth, as they used to be, why are we instead encouraging people to increase their indebtedness? Even worse, we now know that too much credit results in people who once owned their homes losing them. It creates homelessness, not homeownership.

The problem, of course, is that the conflation of homeownership and consumer credit is so convenient for the powers that be. It allows lenders to cloak themselves in the American-as-apple-pie mantle of homeownership; thereby making it less likely that anyone will crack down on their practices. It allows members of Congress, many of whom depend on the financial industry for campaign contributions, to pretend that something that’s bad for us is actually a good thing for which we should be grateful.

There’s an argument that refinancing doesn’t much matter today. Because interest rates can’t go much lower, and home prices aren’t skyrocketing, “refis” will be a smaller part of the market. According to Freddie Mac, 28 percent of borrowers took cash out in the third quarter of 2014. But that’s still a significant percentage of the market, and ideally, we’re setting up a housing finance system that should be right not just for now, but for decades to come.

One possible solution would be much tougher standards for cash-out refinancings than for mortgages used for purchases, such as requiring far more equity in a home, or making lenders keep the loan on their own books instead of selling it. Or perhaps Fannie Mae and Freddie Mac shouldn’t be allowed to guarantee payment on a mortgage unless it is used to purchase a primary residence.

In Washington, there’s been scarce public discussion of this. But if we’re going to put government resources behind homeownership, and engage in practices that threaten the safety of the financial system in the name of homeownership, shouldn’t we at least talk about the fact that we’re actually encouraging the opposite?

Author: Bethany McLean, a contributing editor at Vanity Fair, is a co-author of “All the Devils Are Here: The Hidden History of the Financial Crisis.”