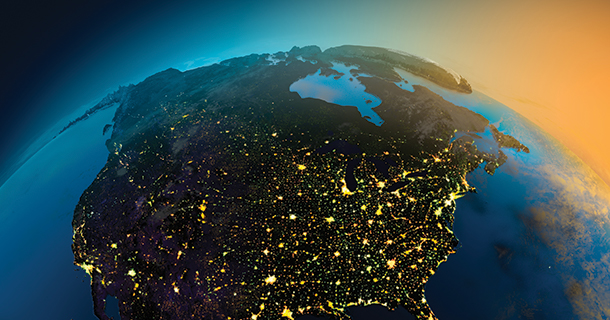 A consequential energy case that cuts to the heart of the delicate balance between state and federal regulation of the country’s electricity markets has made its way to the U.S. Supreme Court.

This is the third high-profile legal battle within the last year to define the turf of the Federal Energy Regulatory Commission (FERC), the agency empowered to oversee wholesale transactions within the U.S. electricity market.

The combined opinions from the three cases are expected to clarify the boundaries between FERC’s authority and that of the states in a rapidly evolving energy sector where deregulation and a burst of new technologies and business models are revolutionizing the industry.

But that’s no easy task.

“The fact that the court has taken three different cases involving jurisdiction over the electric grid within a year shows how difficult it is to define that dividing line,” said Joel Eisen, law professor at the University of Richmond.

If so, that would violate the Federal Power Act, which effectively limits states to regulating retail rates and sales.

The recent shift to giant regional electricity markets that use complex pricing and supply-calculating mechanisms is a major factor blurring the line between the commission’s arm and that of the states.

“Many assume a jurisdictional bright line between FERC and the states, but with a modernizing grid the reality is more likely to be shared authority between the two,” Eisen said.

“The issue in Hughes is how far a state can go in promoting power plants when its actions might impact the wholesale markets,” he said.

In a consequential 6-2 ruling in January cheered by environmentalists, the high court came down in favor of the commission and its energy conservation scheme known as “demand-response”—the idea that big companies can receive rebates for using less electricity when demand on the power grid is high.

The rule has been around for years and has been credited with helping create a more technologically advanced smart grid that keeps costs down and avoids blackouts.

“Get paid to reduce electricity demand? Use on-site generators to supplement the grid during hot summer days? Allow community solar and energy storage to earn the same market price as natural gas or nuclear power generators? The Supreme Court has now opened the door to all of this,” said associate professor at Pennsylvania State University’s Seth Blumsack.

Trade groups representing utilities and power suppliers challenged the demand-response regulation, saying it operated at the retail level and so was beyond the reach of federal power.

FERC turf round: round three

The 4th U.S. Circuit Court of Appeals said it does, upholding a decision invalidating Maryland’s contract with Competitive Power Ventures, LLC, which won a bid to construct a new natural gas plant in the state.

Maryland offered CPV a fixed, 20-year contract to buy electricity once it built the new facility.

Other power providers competing in the same mid-Atlantic wholesale market filed a complaint against Maryland’s arrangement, and a similar one in New Jersey.

The pricing issue dominated discussion at the high court, and the complex rules of the country’s regional energy markets appeared to baffle many of the justices.

Despite the difficulties, the justices appeared to have little sympathy for Maryland’s argument that its actions did not intrude on federal authority by effectively pricing-out competing bids in the mid-Atlantic market.

“Virtually every justice seemed firmly convinced that the Maryland law provided a subsidy above the market rate and interfered with the FERC-approved pricing scheme,” Eisen said.

“Once the justices appeared to decide that this particular law is invalid, the real question becomes how far a state can go in promoting power plants,” he said.

The stakes are high.

States argue that their ability to ensure appropriate power generation is in jeopardy, while some utilities contend that the program is illegal and unfairly distorts costs.