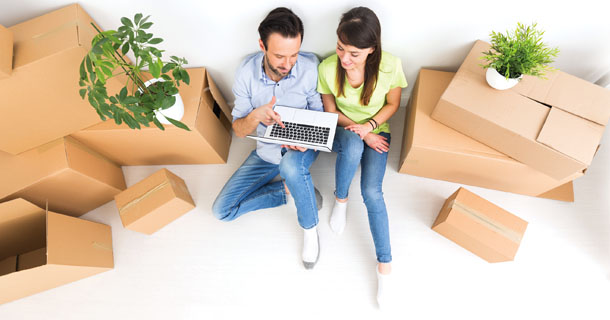 The idea of a smart home is an appealing one. Light switches that turn on and off when you enter or leave a room, or heating that knows what time you’ll be home and warms the house for your arrival.

At the same time that these features are becoming more common, only 35 percent of millennials own their own home, leaving a sizable gap in the market for a smart home system that appeals to a generation of renters.

Enter IOTAS, a Portland-based startup that lets apartment-dwellers enjoy these same perks. The company’s platform gives renters in IOTAS-enabled apartments a unique profile that keeps track of and learns their preferences. These “stories,” as the company calls them, can then be taken with renters as they move to other properties with the same system.

The system works with up to 30 devices per unit and enables renters or property managers to control utilities via a mobile app. The software also works with third-party devices from the likes of Nest, Google, Amazon, and more.

Changing how people think of IoT

IOTAS is in hundreds of apartments in Portland and San Fransisco, with more projects in the works in cities across the country, including Dallas, Houston, Atlanta, Chicago, Philadelphia, Costa Mesa and Omaha. Sce Pike, IOTAS founder and CEO says that IoT has changed the way people think about home.

The company targeted multifamily because the floor plans are smaller and similar. With such a template, the company creates software for an apartment that automates what they call ‘stories,’ like a ‘welcome-home’ story, or an ‘out-for-the-day’ story. Conceptually IOTAS copies and pastes a resident’s story from one apartment to another providing lifecycle benefit to a resident throughout his/her rental history.

The IOTAS product works with new or by retrofitting apartments with no difference between the two.

The process is simple. They change out 100 percent of the light switches and 80 percent of the electrical outlets. Sensors are then placed throughout the unit—including open/close door sensors, temperature, humidity, and motion sensors. The thermostat is changed out as well as locks if requested. The key is to connected to full-unit data. If the whole apartment is not smart, the eco system of the unit is fragmented and is essentially just a few connected things inside an apartment.

If the apartment knows, for example, that a resident plugs in his/her phone at night, and that that’s the last thing you do before you go to bed, then it could send a message on Facebook to your girlfriend or boyfriend saying, “Hey, good night. I love you. I’m going to bed.” You couldn’t do that unless you had full coverage of your apartment.

The thinking is that an apartment is not four walls and a roof, but the resident’s interaction with the apartment. That home follows a person from home-to-home, home-to-hotel, home-to-car, home-to-work and so on. And their preferences and settings theoretically should follow residents to other environments inside their day.

That is the key value proposition of IOTAS and why including every function of the apartment versus just a few devices here and there, is critical. They see it as digitizing the physical space.

Comfort and convenience are top priorities for today’s renter. Add to that the tech savvy millennials who presently dominate the rental market and smart technology is a no brainer. This age group has been raised alongside technology and understand the value it offers in their life.

Even so, smart apartments remain a new concept and are just becoming defined in the mind of the market.

Pike tells the story of a customer’s resident who lived in a two-story townhouse unit. “She has a ‘good night story’ where everything shuts off behind her. When she goes into the bedroom, everything automatically shuts off,” Pike said. “One night her IOTAS hub didn’t work, and the story didn’t fire. She said she literally had to retrain her brain for a minute to think about where the kitchen lights were. She had gotten so used to it turning on and off automatically.”

IOTAS operates by learning a resident’s daily routine and corresponding that to the operational features of the apartment. The product begins with a baseline functionality, or “story” for a new resident. There are currently 10 default stories from which to build preferences. Then the learning begins.

If IOTAS recognizes that a resident goes to the bathroom at 7 am and turns on their radio every time you go into the bathroom, it might suggest: “Hey, do you want to alter your good morning story to add the radio?” If he/she answers, “yes,” then turning on the radio becomes part of the good morning story. It can also add things like turning on the coffeemaker, other lights in the apartment and more. If the resident says “no,” IOTAS slows down its assessment and may not offer as many suggestions.

Theoretically, this learning curve only happens once as the story that the resident creates is completely portable (if he moves to another community that offers IOTAS).

The system automates the connectivity with the apartment, a configuration that is already pre-loaded into the software. Outlets and switches are clearly delineated within the system. This means that IOTAS can also detect that a resident has switched on the coffee machine and has done so 25 times previously. After using it that many times, they may be running low on coffee filters. IOTAS can be programmed to suggest, “Do you want to purchase coffee filters from Amazon… or Target… or WalMart?”—wherever the resident has programmed is as their his vendor choice.

This 360-degree environment is how IOTAS defines digitizing a physical environment of an apartment. Pike says it’s about resident choices and lifestyle preferences. The system watches for patterns and then proactively offers suggestions that are completely defined by the resident’s day-to-day behavior.

Conservation inside the apartment

There is also a huge environmental component. The system includes energy monitoring. Because it controls every outlet, plug, and switch—anything that’s plugged in and switched on—the system recognizes and tracks the performance of those points of energy. Delivering real-time energy data is a key feature and helps conserve, as well.

Saving energy is a win-win from both the resident’s perspective, as well as from the building owner’s perspective. Currently in beta, Pike predicts 10-12 percent in energy savings, on average. These numbers are based on IOTAS controlling the thermostat, outlets, light switches, and HVAC system.

IOTAS is completely hardware-agnostic. The company has partnered with both Honeywell and Nest. According to Pike, the system gives context to hardware like Google Home or Amazon Alexa, and others such as Comcast’s XFINITY Home, or Microsoft’s Cortana.

The company is positioned as a vertical of smart home technology. “We’re happy to play that role and to give Alexa something to do when it comes into an apartment,” said Pike. “Without our presence, Alexa is great at playing music. With our presence, Alexa has a lot more things to control.”

Obviously IOTAS is collecting a lot of data when it’s learning residents’ habits. The company says as of now it is not doing anything with the data. They so state that if that were to change, they’d be completely transparent, and perhaps web share back to users.

As of now, the company is squarely focused on the United States and Canadian markets. “We believe that smart homes will be the consumer IoT battleground,” said Pike. “There is still a lot of standardization that needs to happen in the smart home space that then translates to other IoT battlegrounds, whether it’s cars, drones, whatever.” Pike thinks that the many protocols in the consumer smart home space will eventually translate to other markets such as health care and automotive.

IOTAS looks for balance. They want to understand how to best protect such big data while allowing its users’ portability.

“Home is your most sacred space. It’s this place where you’re supposed to feel safe, and secure, and free to be yourself,” said Pike. “The future of the home is not a physical place. It’s a home that follows you, knows you, interacts with you—and that is something that is not too far off.”

The value proposition of IOTAS is a home environment that reacts to residents when they walk in the door, or go to bed, or wake up—they believe a home—and apartment home—should know that. And that preferences should translate to, say, an Airbnb, or a hotel, or even to a user’s office or car.

“If you want to really get out there,” said Pike, “the home of the future could be where you come back to a particular physical space and it can recognize you and give you a history of your interaction with that physical space. If you go back to your parents’ home after being away at college, maybe it could give you a recap of what your life has been like there.”

Adapted from: Taking The IoT Home Beyond Four Walls And A Roof by Matt Vitone