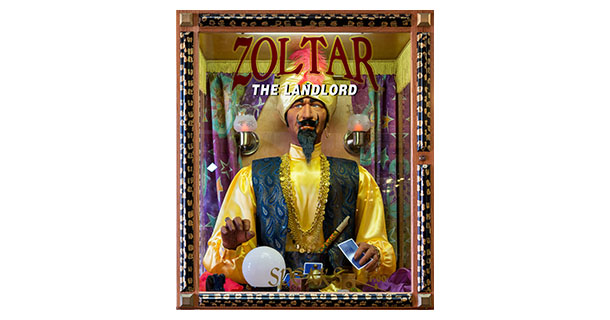 In August 2016, Seattle, Wash., a city where the U.S. Census bureau estimates that 48 percent of the population are renters, the city council revised its open housing ordinance to include “first-in-time, first-in-line” provisions. These provisions require that landlords must pre-define the criteria they intend to use in evaluating potential tenants and then accept the first applicant who meets said criteria. The new provisions took effect January 1, but enforcement will begin July 1, 2017.

These provisions apply whether screening is done directly by the landlord or by using a third party screening service.

The ordinance does not define the criteria that the landlord must use for screening tenants and he has flexibility in this area, although he must comply with federal, state and local fair housing laws. He may establish different screening criteria for different units in the same community, but all applicants for a given unit must be screened using the same criteria.

The prospect’s place in line is determined by when he completes his application and submits all required information. The only exception would be to provide more time for the prospect to obtain translation services or to accommodate a disability. Then the application would be considered complete on the date that the request for additional time was made. Date and times stamps are the landlord’s responsibility.

A game of beat the clock

Landlords are required to offer units to the first applicant who meets all of the minimum criteria that the landlord has defined, even if a more qualified application is also received. The first applicant has 48 hours to accept or reject the unit. If he rejects the unit or does not accept it within 48 hours, the landlord may offer it to the applicant whose qualified application was next received. This goes on until an applicant is offered, then accepts the unit.

The Seattle Office for Civil Rights (SOCR) is responsible for enforcing the ordinance. An applicant who believes that his rights have been violated may file a complaint with the SOCR. The SOCR then may examine the landlord’s records in order to determine if the requirements of the ordinance have been followed.

The ordinance allows the denied applicant to seek actual damages as well as civil penalties from the landlord. The landlors is also subject to government penalties of up to $55,000 for multiple violations of the ordinance.

Solving a problem, creating another

The motivation for these changes is the belief that all people have unconscious biases. Only by forcing landlords to define strictly objective criteria for selecting tenants and then removing all discretion from the process for choosing among applicants meeting these criteria can bias be removed from the tenant selection process according to the law’s proponents.

The SOCR has run undercover sting operations in conjunction with the Northwest Fair Housing Alliance in Spokane, a housing rights advocacy group, to look for bias in the rental process and concluded tha there is widespread evidence of different treatment for people in groups protected under Fair Housing law.

In 2015, 97 tests were run, 51 of which showed “evidence of different treatment” and which resulted in director’s charges of illegal discrimination being filed against 23 different property owners.

While Seattle has chosen one method to remove landlord discretion, some housing advocates say that using a first-in-time rule discriminates against renters who do not have access to the internet or to a car. They would prefer the units be offered to prospects through a lottery of qualified applicants.

The court will decide

The Seattle ordinance is being challenged in King County Superior Court by a group of small scale landlords in “Yim vs. City of Seattle”. The landlords are represented by the Pacific Legal Foundation (PLF), a non-profit that litigates nationwide in support of limited government, property rights and individual rights. The firm has prevailed before the Supreme Court a number of times including a case challenging the Waters of the U.S. Act.

PLF attorney Ethan Blevins said “Owners should have the freedom to use their judgment and discretion to decide, on a nondiscriminatory basis, who would be the best and the most responsible tenant. The city is robbing them of an important element of property ownership: control over who lives in your property. This amounts to a taking of private property rights, and government can’t do that without reimbursing the property owner.”

Taking of private property for public or private use without just compensation is prohibited under Article 1, section 16 of the Washington State Constitution. The Washington State Supreme Court has previously held that this protection provides a property owner the right to sell or lease property, on a nondiscriminatory basis, to a person of his choosing. The suit would make clear that the protection also extends to choosing tenants for rental housing.

The landlord in the case

The lead plaintiff in the lawsuit is Marilyn Yim. She, her husband and their three children live in one unit of a triplex and rent the other two units. The also own a duplex which they rent. Living in such close proximity to her tenants, she puts a high value on selecting tenants whom she would be comfortable having around her children. She wants to select people she would like to have as neighbors and who would be long term tenants.

Yim asks “How do I write criteria to encompass every single thing that could possibly come along before I’ve encountered it?”

Yim points out that they only have four units to spread their risk over so getting a single bad tenant could easily wipe all of the small margin they make on their rentals. During the market downturn, they were forced to accept a tenant who ended up costing them a lot of money in unpaid utility bills, unpaid rent and property damage.

“Right now, the council is making a lot of legislation in response to the fact that Seattle has a strong, hot economy. It’s a very strong landlord’s market so they are trying to beef up tenant protections but, when the market changes, and the economy goes down and landlords get more desperate, we’re going to have to make more marginal choices.” said Yim. “In the future, just taking whoever comes along with whatever financial trouble they’re having puts us at jeopardy too.”

In order to protect themselves against the increased risk of getting a bad tenant, Yim expects to increase rents to build up a financial cushion. She anticipates that landlords will have to write their screening criteria to require that prospective tenants have higher credit scores, higher incomes and better job and rental stability than previously. She points out that this will not help people who are struggling to find a place to live.

“With this added, undue risk, we can no longer afford to charge below-market rents or give a break to good people who are just starting out or rebuilding from their own setbacks.” she said.

Commenting on the impact the ordinance is likely to have on the supply of rental housing Yim said “Honestly, I don’t think that we would have been able to get started if this law would have existed at the time.”