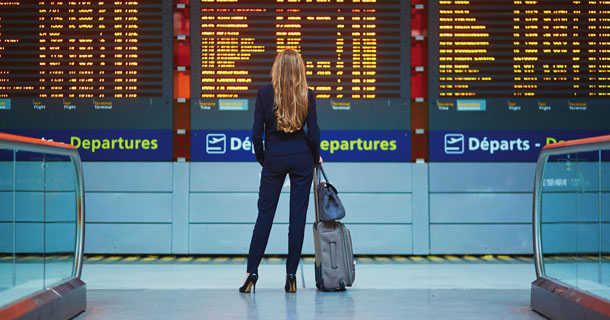 A total of 928.9 million domestic and international travelers flew on U.S. and foreign air carriers in 2016, beating the previous record of 897.9 million in 2015, according to the Department of Transportation (DOT).

The latest uptick stems from a 3.3 percent rise in domestic flights and a 4 percent increase in passengers flying on foreign airlines to and from the U.S.

The statistics come as the airline industry braces for a record spring travel season, with an estimated 145 million passengers expected to fly on U.S. airlines from March 1 to April 30, according to Airlines for Americas (A4A). That would represent a 4 percent jump from the previous spring.

The growing demand for air travel is being attributed to low fares, an improving economy, decreasing unemployment and low fuel prices.

“There has never been a better time to fly, as evidenced by the record levels of traffic U.S. airlines saw in 2016 and will see again this spring,” said John Heimlich, A4A’s vice president and chief economist.

“While historically low fares, reliable operations and several consecutive years of reinvestment in the product are the primary factors underlying this growth, a boost in U.S. employment and personal incomes and the highest-ever level of household net worth are also fueling the strong demand for air travel.”

The DOT also released data on the highest-volume airlines and airports last year.

The video of the United passenger being hauled off the plane by security after he refused to leave when he was bumped from the flight has now become yet another tale of incivility in our national fabric.

By any standard, the entire scene lacked basic decorum on both sides of the exchange. The man has since lawyered up and the airline’s response has had little effect on those who side with the passenger. What has become a public relations disaster for United will likely be a payday for the uncooperative traveller. The resulting changes in boarding protocol remain to be seen but will likely include a DOT ruling similar to that of 2009. The tarmac rule was placed into effect and domestic flights are now prohibited from holding passengers on the tarmac for more than 3 hours. In addition to the ruling, a number of airlines were fined for their roles in a nearly six-hour ground delay in Rochester, Minn.

Most seasoned air travellers have their own stories that include getting bumped from a flight, inadequate compensation for taking a later flight, or dealing with those occasional airline employees who lack basic customer service skills.

How the business works

Air transportation is a business. It wasn’t that long ago that only the well healed could afford to fly and air travel was considered exotic. While those days are over, the occasional inconvenience of getting bumped also drives air travels’ affordability.

United first announced that it had overbooked the now infamous flight. While few other industries double book seats (concerts, sporting events, service appointments), few other businesses deal with the fluidity of accommodating so many passengers. In order to compete on ticket price and overcome the statistical obstacles of getting passengers from point A to point B, airlines overbook flights.

“The objective is to maximize load factors. It’s the percentage of each flight that’s filled with revenue paying customers,” says Richard Aboulafia, an aviation analyst with the Teal Group, a Virginia-based consulting firm said. “Sure enough, those load factors have been hitting up well into the mid-80s for the past few years. They have been doing very well with this.”

By reducing the number of empty seats— even after passengers are re-routed, miss their flight or cancel—the airline can likely fill that seat. This business model not only works, but also accounts for the millions of dollars in compensation to travellers who are bumped, and still translates to a drop in ticket price to the end consumer.

Can they do that?

Airlines can legally force passengers to give up their seats and passengers have little recourse. But passengers do have certain rights and a seasoned traveller is better served knowing the guidelines.

Airlines can compensate up to $1,350 per seat to passengers who are bumped from a flight. Exactly how much the airline offers depends on how long it will take to get the passengers final destination.

One more handy tip: Those who are bumped involuntarily can insist on a check from the airline instead of vouchers for future flights or free tickets.

Reduce the chances of a bump

Book a direct flight. Paying the extra bucks for a direct flight gives a flyer more options when faced with mechanical failure, weather or crew shortages. It reduces the chances of getting stranded somewhere you don’t want to be, and keeps your choices simple.

Chances are far better on reaching a destination when it’s a straight shot.

Check in early. This has been made simple with the advent of online check-in. Set an alarm for the earliest possible time the airline allows you to check in and follow through. The earlier the better and the less likely you are to get bumped.

Select your seat. A boarding pass does not mean that you have a seat. “See gate agent for assignment” on your ticket likely means the flight has been overbooked.

If you purchased your ticket through a travel site such as Travelocity to find the cheapest fare, follow up by going to the airline’s website to confirm a seat assignment. If they charge extra for pre-selecting a seat, pay it. It will cost far more in time, aggravation and accommodation to be bumped.

Track your flight. Monitor your flight online and when you arrive at the gate look for your plane. If they plane fails to show up at your gate, inquire as soon as possible to the gate agent where the plane is and if it’s expected to depart on time. If the plane is delayed or potentially cancelled, getting to the gate agent early gives you an advance on the oncoming onslaught and potentially more options.

Cancelled flight. Get in line, online and on your phone. The chances are that you will get through to a telephone agent before you get to the counter and she/he will have provide you with more options. Checking flights online will give you an idea of your options when speaking with the agent. When calling, keep hitting “0” until you reach a live person.

Whether dealing with the agent on the phone or at the counter, you will do better with civility. Put your anger and frustration aside—it will better serve your cause. For the most part, the agents are just trying to do their jobs. They neither wrote the rules nor created the problem.

You will get far more with kindness and empathy. Don’t make demands and definitely don’t hurl insults. Instead ask for advice. Civility makes for a better world for everyone, and gives you a better shot at a favorable result.