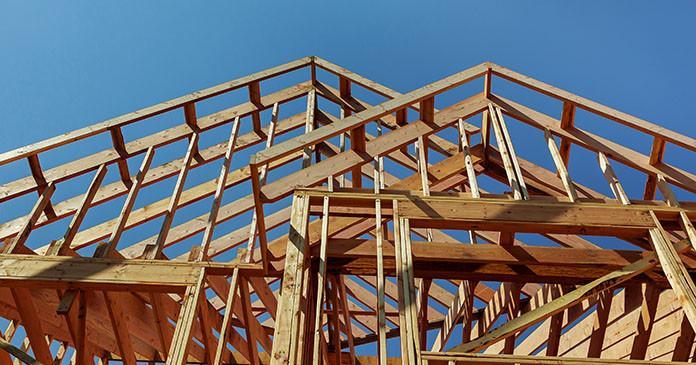 Total housing production fell 3.7 percent in April to a seasonally adjusted annual rate of 1.29 million units after an upwardly revised March reading of 1.34 million, according to newly released data from the U.S. Department of Housing and Urban Development and the Commerce Department. The March report marked an 11-year high for housing production.

The April reading of 1.29 million units is the number of housing units builders would begin if they kept this pace for the next 12 months.

The drop in overall production can be attributable to a decline in the multifamily sector—which includes apartment buildings and condos—after a big uptick in March. Multifamily starts fell 11.3 percent in April to a seasonally adjusted annual rate of 393,000 units. Meanwhile, single-family starts remained essentially flat, inching up 0.1 percent to 894,000 units after an upwardly revised March reading.

“We expected some pullback this month after such a strong March report, but housing starts remain at very healthy levels in April,” said NAHB Chairman Randy Noel, a custom home builder from LaPlace, La. “With homeownership rates on the rise, demand for single-family homes should continue to spur production in the months ahead.”

“Single-family starts are up 8.3 percent for the first four months of the year relative to the start of 2017, which is higher than our forecast and bodes well for the rest of the year,” said NAHB Chief Economist Robert Dietz. “However, builders must manage supply-side hurdles, such as ongoing building material price increases and shortages of land and labor, to meet growing housing demand. Lumber prices continue to rise, with recent increases adding more than $7,000 to the price of an average single-family home.”

Overall permits—which are a sign of future housing production activity—inched down 1.8 percent in April to a seasonally adjusted annual rate of 1.35 million units after a post-recession high in March. Single-family permits ticked up 0.9 percent to 859,000 while multifamily permits fell 6.3 percent to 493,000 after a 20.4 percent jump in March.