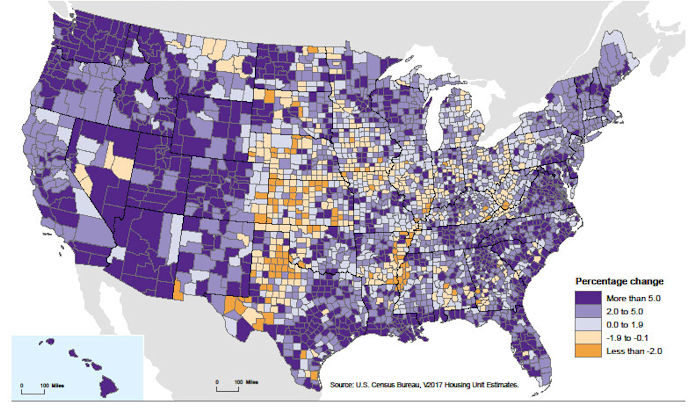 On May 24, the Census Bureau released its estimates of the number of housing units versus the population of the United States by region. The data give a clue to housing availability in the states and to how it has changed since the last decennial census in 2010.

Where population is surging

How is housing availability?

How is it changing?

In order to get an idea of which states are doing a poor job in building enough housing units to keep up with their population growth, we looked at how the number of people per housing unit (PPHU) has changed from its level at the 2010 census. The states with the highest growth in PPHU are shown below, along with the percent growth since the 2010 census. Exactly half of the states had higher rates of growth in housing than they did in population, resulting in fewer people per housing unit in 2017 than in 2010.

Where housing supply growth is strong