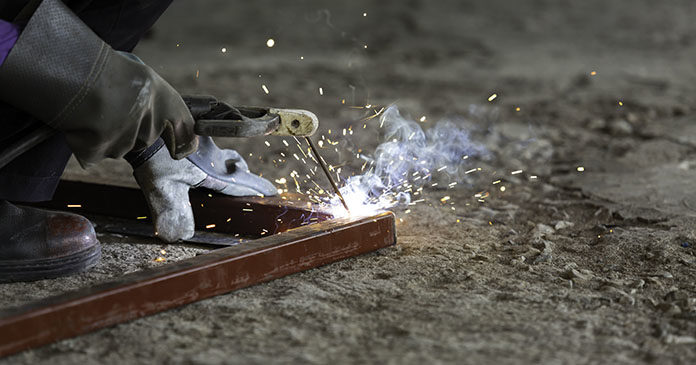 Every month, the U.S. Census Bureau, the U.S. Bureau of Labor Statistics, and the U.S. Department of Housing and Urban Development release statistics that paint a seemingly clear picture of the construction industry:

The current strength of the construction industry is undeniable. But the industry’s strength is hugely dependent on the workforce that drives it—the backbone of skilled labor that ensures productivity, determines schedules, drives pricing, and in turn, heavily impacts the industry’s economic success—and the statistics that illustrate this supply side tell a different story.

A nationwide workforce shortage has made it difficult for the vast majority of construction firms to find and hire qualified workers. The shortage, spurred during the Great Recession as firms were forced to lay off workers and veterans left the industry, continues to exist a decade later. When asked what the biggest concern to their businesses was in a survey released by the Associated General Contractors of America (AGC), 41 percent of contractors listed workforce shortages. According to another survey released by the AGC, 70 percent of construction firms reported they were having a hard time filling hourly craft positions (trades like electricians, carpenters, tile layers, etc., otherwise known as the bulk of the construction workforce).

While conclusions gleaned from these numbers illustrate a lack of workers in the supply pool and concern from industry professionals, is it that clearcut? How have builders actually been affected by this diminished supply? And more importantly, how have they reacted and prepared for it?

“Recently, the work has leveled off,” says Meltzer. “We’re seeing that the shortage isn’t as significant an issue as it was several years ago.”

After the Great Recession, Meltzer says he noticed much of the workforce had left various regions to seek work elsewhere. “Unfortunately, in parts of the country there really wasn’t much work,” says Meltzer. “It seems as though in New York and Miami specifically, the market came back rather quickly, which led to a fairly extreme shortage in workforce that built up over time.”

Meltzer says that, while he noticed the labor crunch take hold early on, his firm wasn’t greatly affected—a benefit to being one of the larger firms in the Southeast region. Other top multifamily builders might echo this sentiment, since big firms tend to attract the best talent.

“Fortunately, we’re one of the larger groups in town, so we’re able to attract some of the best subcontractors—and some of the best workers,” says Meltzer. “We were also able to do the same from a management perspective in hiring highly qualified construction professionals—meaning superintendents, project managers, project executives, all the way through to project accounting and other administrative functions,” says Meltzer.

From workers to subcontractors to project managers, big builders are better poised to weather the shortage storm, often due to the sizable, in-house training, benefits and opportunities for advancement they can offer. And, after the Recession, those offerings now prove to be precautionary measures.

“Training builds in protection for us on the employee retention side, as well as the employee acquisition side,” says Meltzer. Along with providing training and attracting top talent, Meltzer says managing projects with an anticipation of the shortage and its consequences was key.

“When we’re preparing project schedules, we make sure we understand the manpower or workforce needed to execute those schedules in a timely fashion,” says Meltzer.

Keeping a finger on the pulse of the industry, speaking with subcontractors on the state of their market, and designing schedules based upon more than just historical information helped Plaza deal with labor shortages early on.

“It didn’t affect us in the middle of projects,” says Meltzer. “It really was in the planning stages.” If a job historically would take 18 months, Meltzer’s team would factor in the shortage and allot for 20. Issues could arise, however, if a client wanted to expedite a schedule. “There wasn’t always the available manpower to accelerate, even if they wanted to pay for it,” says Meltzer.

Meltzer says Plaza took other precautionary measures to preserve the client relationship and budget, like building in price protection. “When Plaza signs a subcontractor up, they sign up for the cost of the project, for the life of the project. So if there are rising costs due to workers seeking more money, we protect our clients from that aspect.”

Essentially, it was the subcontractor community that was dealt the greatest blow from the shortage. “My understanding is that their margins dwindled, because they would anticipate a cost for labor to be X and it became X times a multiplier, and retention of their key employees was difficult,” Meltzer says. “It became a very difficult thing for them to manage. We heard of delays on other projects around town.”

And it’s often the subcontractor relationship that determines how much of an effect the builder feels from the shortage. Meltzer encourages builders not to rely solely on historical data in an effort to understand the shortage, but rather, talk to subcontractors on the ground. Rely on subs who are dependable, financially secure, with developed infrastructure and senior leadership, and trust those who have been in business long enough to understand workforce challenges.

“Make sure that you’re getting subcontractors that really understand their current available workforce versus the workforce they hope to employ, or intend to employ,” he says. “And make sure you get their commitment.”