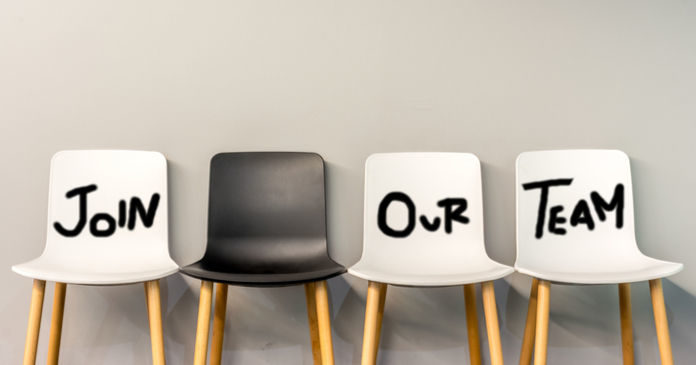 The Job Openings and Labor Turnover (JOLT) report for August was released by the Bureau of Labor Statistics (BLS) recently. Its data on the parts of the job market of interest to the multifamily industry, real estate management and construction, continues their recent pattern of divergence with weakness in real estate management employment but strength in construction employment.

For the entire jobs market, the BLS reported that there were 7.1 million job openings at the end of August, that 5.8 million people got new jobs in August and that 5.7 million people left their old job, voluntarily or otherwise. This resulted in a small net gain in employment for the month.

The jobs opening rate, 4.6 percent, was higher than the unemployment rate, 3.7 percent, indicating that there are more jobs available now than there are people to fill them. However, the labor force participation rate is still 3.5 percent below its rate in January, 2008, so there is a possibility that more people will be drawn back into the labor force by the availability of jobs.

Multifamily jobs growth is tracked in a part of the jobs market the BLS calls “real estate and rental and leasing” (RERL), which also includes similar businesses in other industries. The jobs data for this segment showed a continued loss in employment as the rise in the number of separations exceeded that in the number of hires. In addition, the number of job openings at the end of the month fell again this month to 86,000. The recent high of 108,000 job openings reported for June increasingly looks like an anomaly. 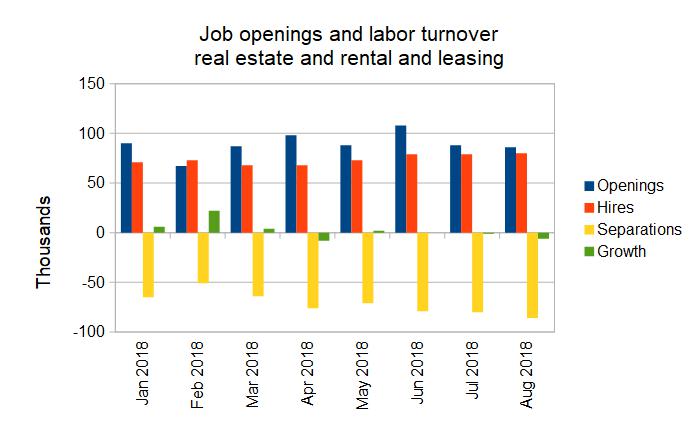 The chart below illustrates these recent trends in the construction jobs market. 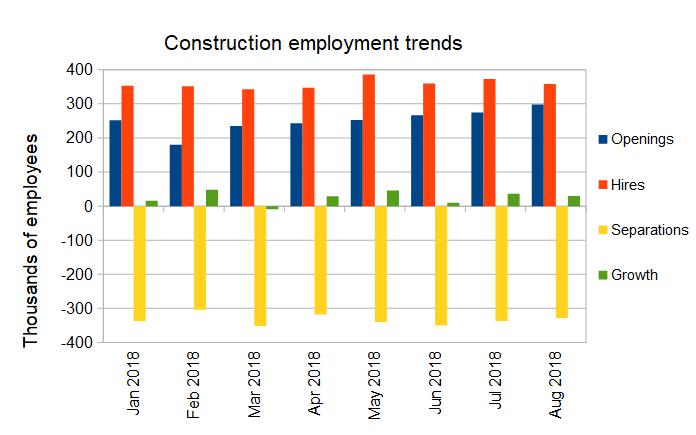 The final chart, below, shows long-term trends in the construction jobs market based on three month moving averages of the statistics quoted above. It shows hiring has been relatively flat despite the recent rise in job openings. It also shows that layoffs have been relatively low by historical standards, indicating that the tight construction jobs market is causing firms to hang on to the workers that they already have. 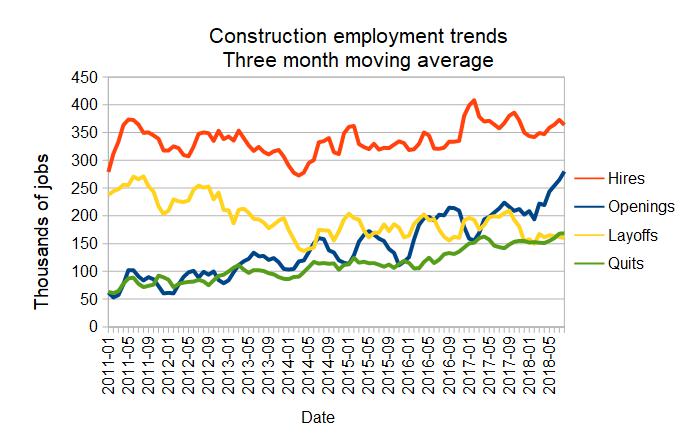