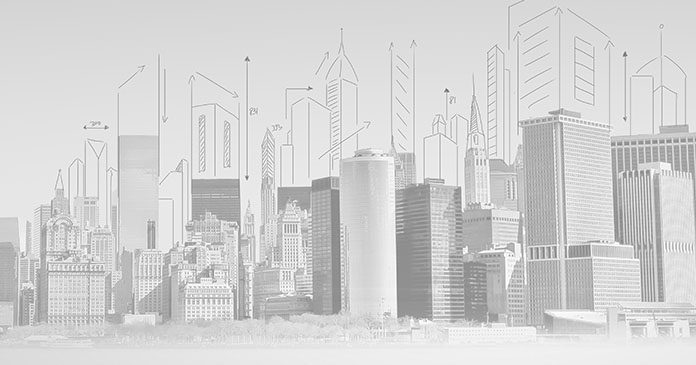 The Community Preservation Corporation (CPC), a leading nonprofit affordable housing and community revitalization finance company, was joined by hundreds of its borrowers, lending and government partners and others to celebrate the company having deployed more than $10 billion dollars since its founding in 1974, and the impact that investment has created in communities. As part of the celebration, CPC recognized both the NYC Department of Housing Preservation & Development (HPD) and the State of New York Mortgage Agency (SONYMA) with a government partnership award for their decades of work together and commitment to making investments in housing that strengthen and stabilize communities.

“Over the last 44 years we have worked with our partners to invest in the places and the projects where we can be the most effective in revitalizing underserved communities. And, while much has changed since 1974, there will always be a need for a company like CPC that is committed to helping our public and private partners solve their most pressing housing and community revitalization challenges,” said Rafael E. Cestero, President & CEO of CPC. “Tonight, I’m excited about what the next $10 billion will look like, and encouraged to know that as CPC grows, so too does our ability impact the physical, social and economic outlook of the communities we serve and the people who call them home.”

“For the last four decades CPC has been a first-in source of stable capital for underserved communities. When others wouldn’t lend because of the risk, CPC was there and committed to its mission of community revitalization,” said Alan Wiener, Lead Independent Director of CPC’s Board of Directors. “By any standard, a $10 billion investment in housing is something to be proud of, but we must do more. With cities large and small facing critical revitalization and development challenges, there is still an enormous need for the sort of patient capital and unique expertise that CPC can provide.”

“Citi congratulates CPC on this significant milestone and is proud to be a lending partner of CPC in support of its work to strengthen and revitalize communities through investments in housing,” said Jeremy Johnson, Co-Head of Citi Community Capital.

CPC began working with HPD when the city agency was founded in 1978, and the two have long shared a mission to solve the serious problems facing New York City’s neighborhoods by making investments in housing that would strengthen and stabilize communities. Over their more than four decades of work together – CPC and HPD have deployed a combined $3.1 billion to finance the creation and preservation of 45,000 units of affordable housing.

“For 45 years, CPC has been at the forefront of the City’s efforts to create and preserve affordable housing,” said New York City Department of Housing Preservation and Development Commissioner Maria Torres-Springer. “While the nature of the housing crisis has changed over the years, CPC has been a steadfast partner throughout, continuing to play a transformational role in neighborhoods across New York City, with investments in affordable housing that anchors both individuals and communities. On behalf of everyone at HPD, I want to congratulate CPC on this significant milestone, and look forward to working together to ensure that this is the type of city where safe, affordable homes are with everyone’s reach.”

Starting in the mid-1980s, the State of New York Mortgage Agency (SONYMA) has been insuring the entire balance of CPC’s loans bought by the New York City, State, and other private pension funds. By reducing risk, SONYMA, one of the state agencies that comprises New York State Homes and Community Renewal (HCR), allows CPC to reach a broader spectrum of communities and impact a larger number of renters, all through the assurance of its backing. Throughout their history together, SONYMA has insured nearly $2 billion in mortgages, spurring the successful revitalization of neighborhoods throughout New York State.

RuthAnne Visnauskas, Commissioner of New York State Homes and Community Renewal said, “Congratulations to CPC and to all the residents who’ve benefitted from better housing, stronger communities, and greater opportunities thanks to CPC’s $10 billion investment in New York State. HCR looks forward to continuing our vital partnership with CPC as we carry out our $20 billion plan to create or preserve more than 100,000 affordable homes across State and make a difference in the lives of New Yorkers.”

As a nonprofit multifamily finance company, CPC holds a unique position within the industry. Throughout its history, during times of economic crisis and disinvestment when the risk involved in lending kept many out of struggling and underserved neighborhoods, CPC was there as a consistent and stable source of capital and expert technical assistance.

CPC was founded in 1974 as a direct response to the is­sues of property abandonment and blight that New York City was facing at the time; when many urban neighborhoods fell victim to a vicious cycle of state and city fiscal crises, falling housing values, the flight of capital, escalating crime, and infrastructure decay. CPC started making loans in Washington Heights and Crown Heights, two communities that hadn’t yet been hard hit yet – where it could help preserve the housing stock and prevent the disinvestment that was happening in adjacent communities.

In the 1980’s the New York City Police Pension Fund and the New York City Employees’ Retirement System (NYCRS). provided substantial loan purchase agreements for CPC’s rehab programs. It was the first time any public pension fund had invested in upgrading housing. In the 1990’s CPC began to move into the upstate markets it serves today. In the Hudson Valley, Capital Region, Central and Western New York, CPC found local governments were grappling with how they could revitalize their once-proud, historic downtowns, main streets, and rural towns. CPC began to provide lending solutions to address these communities’ mixed-use, adaptive reuse, and downtown revitalization needs. During that time, CPC started partnering with the New York State Common Retirement Fund (CRF), using a model similar to the one pioneered with New York City.

Today, having invested more than $10 billion to finance more than 193,000 units of housing, CPC is the largest Community Development Financial Institution (CDFI) in the country dedicated to investing in multifamily housing. In fiscal year 2018, which ended in June of this year, CPC deployed a record $842 million through its construction lending, Agency lending, and equity investing platforms to communities in New York and throughout the Northeastern United States.

About the Community Preservation Corporation (CPC)

Established in 1974, CPC is a nonprofit affordable housing and community revitalization finance company that believes housing is central to transforming underserved neighborhoods into thriving and vibrant communities. The company provides a full suite of capital products through its construction lending, permanent lending, and equity investing platforms. Since inception, CPC has leveraged approximately $10 billion in private and public investment to finance more than 193,000 units of multifamily housing. CPC’s work with its partners has helped revitalize countless neighborhoods and has provided quality housing for families, senior citizens, and individuals with disabilities.