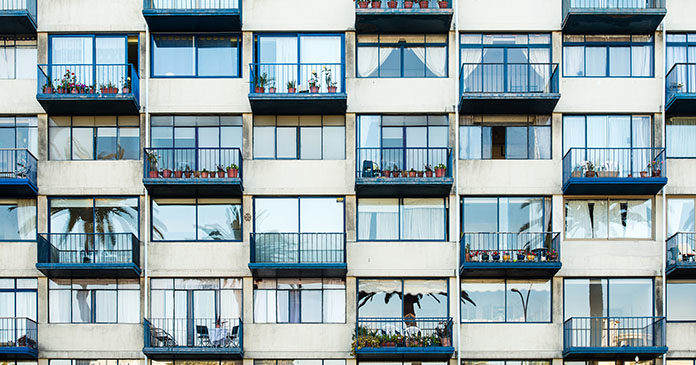 There’s a new problem facing low-income individuals seeking affordable housing: Even if they have a housing choice voucher to subsidize rents in the private market, landlords do not want to accept voucher tenants. A recent Urban Institute study of five cities—Los Angeles, Fort Worth, Philadelphia, Washington DC, and Newark—found that landlords consistently rejected the applications of voucher tenants.

The New York Times story about the study focused specifically on Philadelphia, which linked the phenomenon to “rent increases even in poor and working-class neighborhoods.” In other words, landlords can charge more in rent in the private market than they can get from voucher holders—so voucher holders are being turned away.

Expect there to be pressure on HUD Secretary Ben Carson to push landlords to accept voucher tenants, as well as to increase the value of the vouchers. There will likely, too, be calls to build more low-income housing. These efforts should all be resisted. A sounder approach is to make better use of the low-income housing we already have, including existing public housing projects. In the process, we should address some of the ways in which low-income housing creates a dependency trap.

Take, for instance, Philadelphia, the focus of the Times article. HUD data does indeed show that not all voucher holders are able to use their vouchers. According to figures from HUD, only 89 percent of some 34,000 potential voucher units are occupied—and given the finding of the Urban Institute study, it’s likely that voucher holders are being turned away because the value of the voucher is inadequate or because landlords would rather not deal with HUD’s red tape or rent to low-income individuals.

The question is—what should be done about this? One solution is turning to existing public housing. Consider the fact that 10 percent of the city’s public housing units are vacant. That means that the Philadelphia Housing Authority should have at least 1,300 apartments available for the city’s poorest citizens. What’s more, some 32 percent of tenants in the occupied units are “over-housed”—which means they live in units with empty bedrooms. Philadelphia is not atypical. Nationally, HUD data shows that 50,000 of the 1 million public housing units in the nation are vacant and that 15 percent have bedrooms not being used.

These facts suggest another approach that Secretary Carson should consider: call on housing authorities to make all empty units available to voucher holders who can’t find private housing. Nor should change stop there. In order to encourage turnover and economic upward mobility, non-elderly voucher holders should not be granted a lifetime, open-ended subsidy. Rather, they should agree to time-limited assistance, perhaps the same five-year limit attached to cash welfare. (In fact, the Philadelphia Housing Authority has a HUD waiver to allow it to experiment with such limits and has indicated that it may do so.)

Additionally, to help tenants save money, their rents should no longer be linked to income, as is currently the case. Instead of paying a higher rent if their income increases, all subsidized tenants should be given fixed-rent leases, meaning a normal private sector-type lease with a set rent for a specific time period. Why would we continue an income-based rent policy that discourages work and marriage among the poorest Americans? Yet our current policy does just that by increasing rents when the household income grows.

Steps should be taken, as well, to make available the apartments now characterized by “over-housing.” Housing authorities should consider offering cash to tenants in such units in exchange for an agreement to move out—or they can be required to move to smaller units.

In the deep background of all of these housing policy issues is the demographic reality of who lives in voucher units and public housing: apart from the elderly poor, the largest group is single mothers and their children. Public and subsidized housing was originally envisioned, in the New Deal era, as a benefit for the working class. But today, it is a poorhouse that accommodates and rewards those who have children out of wedlock, which only perpetuates the cycle of poverty.

We should make better use of our public housing—but do so in a way that does not lead to dependency and ongoing poverty. So rather than forcing landlords to accept voucher tenants or raising the rents on subsidized units, we should structure low-income housing policy to encourage short-term assistance and long-term upward mobility.