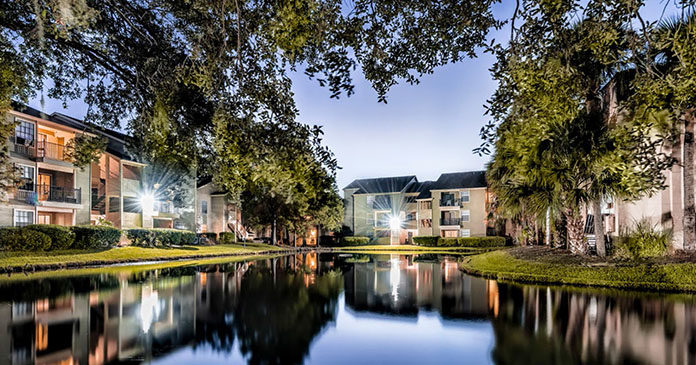 TruAmerica Multifamily has acquired Island Club, a 472-unit Class B apartment community in Orlando, FL in a $64 million transaction.

TruAmerica identified the Orlando MSA as its top target market in Florida after entering the state in 2017. The Island Club is TruAmerica’s seventh asset purchase in Orlando and boosts the Los Angeles-based real estate investment firm’s Florida holdings to more than 4,200 units.  Other assets are located in Boynton Beach, Fort Myers and Tampa-Clearwater.

“We continue to look at opportunities and build upon our already significant presence in the greater Orlando area,” said TruAmerica Co-Chief Investment Officer Matthew Ferrari, who oversees the firm’s acquisition team. “Orlando continues to experience phenomenal job growth, with more than 52,000 jobs having been created in 2018 and 30,000 more expected in 2019, and exhibits some of the strongest multifamily fundamentals in the United States.  TruAmerica and our investors certainly want to be here in a big way.”

Island Club benefits from a prime location in the desirable Metro West submarket, less than five miles from Downtown Orlando. Located at 1401 S. Kirkman Road, the property sits across the street from Valencia College, the third largest community college in the State of Florida with more than 26,000 students and nearly 1,000 faculty and staff. Other major employers located nearby include Universal Orlando Resort, the second largest employer in Orlando with 21,000 jobs, and the Orlando Heath Regional Medical Center, the seventh largest hospital in the U.S. with 14,000 employees and staff.

With only 31 of the 427 apartments having been renovated by the seller, Island Club represents a strong value-add opportunity for TruAmerica, which will begin renovating apartment interiors through normal apartment turnover. Other improvements will include upgrading community amenities including pool areas, clubhouses, fitness centers and landscaping.

TruAmerica’s investment will benefit from 10-year Freddie Mac debt financing, that is interest only for the first five years of the term.  The financing was arranged by the CBRE Capital Markets team led by Vice Chairman and Managing Director Brian Eisendrath.

TruAmerica Multifamily is a vertically integrated, value-add multifamily investment firm based in Los Angeles. Founded in July 2013 as a joint venture between Robert Hart and The Guardian Life Insurance Company of America, TruAmerica has been one of the country’s most active multifamily investors and manages an $8.3 billion portfolio of approximately 39,000 units across prime locations throughout Northern and Southern California, Washington, Oregon, Colorado, Arizona, Nevada, Utah, Maryland, Florida and Georgia.