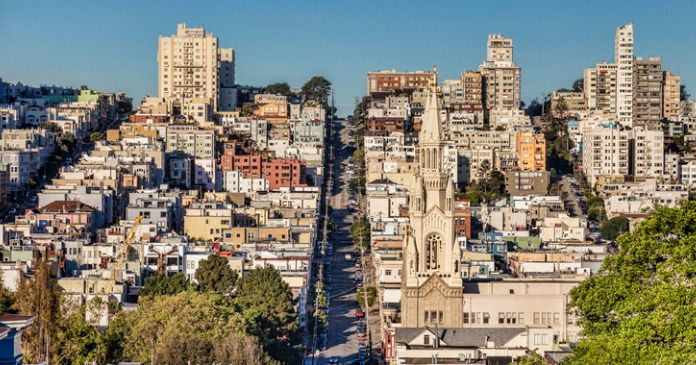 Governor Newsom of California recently made waves when his administration sued the city of Huntington Beach over its failure to meet state mandates for housing production. A new report from Next 10, a nonpartisan organization which studies issues affecting California, says that non-compliance is widespread. It calls for the state to do a better job of seeing that its housing needs are met, particularly for low income housing.

The state of California uses a centrally planned, top-down approach for setting housing construction mandates. First the state Department of Finance forecasts the expected growth in the population and the number of households over the term of the plan (usually 5 or 8 years). The California Housing and Community Development department uses the households number to assign goals for regional councils of government (COG’s). The COG’s allocate the housing mandates to the cities and jurisdictions within their boundaries. There is no state-wide process for making this allocation so every COG is able to develop its own. The cities are supposed to create plans to show how they will meet their housing mandates and to report annually on their progress in doing so.

It’s easy to assess how the cities are doing in meeting with the requirement to submit an annual progress report (APR) showing their compliance with the plan. In a word, poorly. Of the 529 jurisdictions in the state with reporting mandates, 100 have not submitted a report since 2014. For the most recent year, 79 percent of jurisdictions have submitted an APR.

It’s hard to assess how the cities are doing in meeting their housing goals for more reasons than that some jurisdictions have not filed their APR’s. Some jurisdictions are on a 5 year plan and some are on an 8 year plan and they are at different points in their plan periods. However, the report from Next 10 estimates that more than half of the jurisdictions are in the second half of their plan periods, implying that they should be near half way in meeting their housing mandates.

The report compares the current attainment as reported in the APR’s that have been filed to the total mandate for the plan period. It did not adjust the total plan mandate to account for the mandates of the jurisdictions that did not report their progress. So, their mandates are included in the total but their results are reported as zero units permitted since the actual number of units they have permitted is unknown. This makes progress against the plan appear to be worse than it actually is.

In any case, for the state as a whole, 25.9 percent of the mandated housing units for this planning cycle have been permitted by the cities that have filed their APR’s. The breakdown by income level is: above moderate income, 45.6 percent; moderate income, 19 percent; low income, 9.8 percent and very low income, 7.3 percent. Clearly there are challenges in supplying lower income housing. In order to meet these challenges, multifamily developers will have to find ways to make developments in high cost areas financially viable.

The report contains a lot more discussion of individual jurisdictions. It assigns report card grades to them and shows how the grades differ by region. It also discusses changes that would make the planning system more effective. The full report is available here.