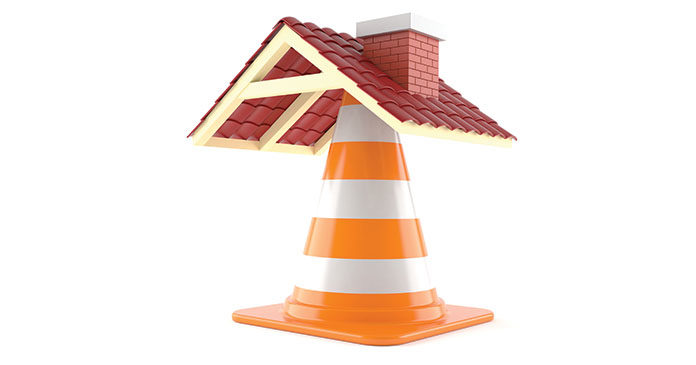 Unfortunately, there aren’t many vexing issues that can be resolved in an 850-word column or a 50-word email rebuttal. Most of California’s myriad “crises” have been years in the making, and they will take years of unraveling—provided they are fixable at all.

The best example is the state’s housing mess, which recently has sparked angry debates in the Capitol as home prices soar, homeownership rates plummet and homeless encampments become ubiquitous. You know the problem has gotten severe when lawmakers have moved beyond the usual superficialities and false solutions designed mainly to give politicians cover.

As journalist H.L. Mencken wrote, “There is always a well-known solution to every human problem—neat, plausible, and wrong.” In California, that simple, well-known and wrong solution is to provide more subsidies and programs. There will never be enough taxpayer money to subsidize an apartment for every Californian who needs one.

At least now we’re arguing over the right thing: the need to hike housing supply. The crisis is caused by years of local and state regulations that make it tough to build new developments. In 2015, the Legislative Analyst’s Office reported that California is falling 100,000 units short each year to house its population. A new study from UCLA finds that zoning restrictions make it infeasible to meet the housing goals set by Gov. Gavin Newsom. Something has to change.

The change agent is Sen. Scott Wiener, D-San Francisco, and his laudable Senate Bill 50. Last year, a similar measure—to require localities to approve high-density apartment buildings and condos around transit lines, provided certain conditions are met—died a quick death. This year, the bill passed out of committee, but has an uncertain future. Suburbanites, even in elite suburbs of Los Angeles and San Francisco, and community activists are uniting to stop it.

The former don’t want their single-family neighborhoods surrounded by apartment buildings, nor do they want more congestion. The California Dream drew me to Southern California from the Midwest 20 years ago. But as the state grows, holding on to that low-density, suburban vision means depriving younger Californians of their shot at the dream.

By contrast, urban activists fear that these loosened development standards will further gentrify their neighborhoods by replacing older buildings housing lower-income residents with upscale condos that bring in wealthier people. These groups tend to dislike anything that helps those dreaded “developers,” even though more development is exactly what’s needed to lower the state’s housing prices. Both groups are using government to keep others out.

Despite its attempt to tackle the supply issue, SB 50 is a far cry from a straightforward, market solution. A Vox writer even argued last year that the bill will “fix” California’s housing problem, but it will do nothing of the sort. It’s the equivalent of trying to unravel a giant hairball by giving one strand a solid tug. Instead of reducing construction regulations—something that would never get off the ground in the current Capitol climate—the bill imposes pages of new regulations, formulas, subsidies and caveats in exchange for the by-right approvals it is granting. Its legislative analysis is 19 pages long.

As Curbed San Francisco reported, Wiener has complicated it further by making “sweeping revisions.” This includes language promoting new developments around ferry lines and ports, a requirement that 15 percent to 25 percent of the new “inclusionary” housing units be set aside for low-income people, and complex regulations for building near “job-rich” areas.

The legislation avoids bigger issues. As Randal O’Toole wrote in his Anti-Planner blog, higher density housing alone won’t solve the affordability problem because “high-density housing costs more to build per square foot than low-density housing—up to 650 percent more depending on the density.” That doesn’t even account for soaring land costs in urban centers.

The main problem: urban-growth boundaries that restrict development throughout entire metropolitan areas. O’Toole reports that only 31 percent of the Bay Area’s six counties has been developed. I’ve addressed this issue when then-Attorney General Jerry Brown touted Marin County a model for land use, even though most of that wealthy county’s land area is off limits to development. Is it a wonder that one must spend upwards of $1 million to live there?

Indeed, past policies—including Brown’s attempts to stop suburban development as a means to battle global warming—have much to do with current problems. The housing crisis is a complicated mess with many causes and no easy buttons. It will require myriad solutions over many years, most of which will run up against interest groups that will derail them. SB 50 should help things, but one must be delusional to think there’s a simple “fix” to anything.

ABOUT US
Yield PRO is one of a kind. It's multihousing news and strategy for rental owners and operators seeking to increase their asset value through streamlined processes and best practices. ﻿YP is the only independently-owned, nationally-circulated, exclusively-multifamily magazine in existence today.
FOLLOW US
© 2020 YIELD PRO MAGAZINE
Do NOT follow this link or you will be banned from the site!
MORE STORIES
Apartment watch

January 14, 2021
RealPage recently presented a webinar forecasting the likely trends for the multifamily housing market over the next two years. Presenters were Greg Willett, Chief...