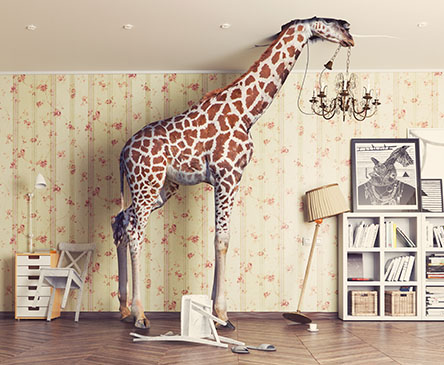 An increasing number of people have been falsely claiming that their pets are service animals so that they can take them to public places. Under the federal Americans with Disabilities Act (ADA), as well as the disability laws of many states, people with disabilities are entitled to bring their service animals to places of public accommodation, on public transit, on the job, and in their apartment or other housing.

Having the assistance of a service dog or assistance animal allows those with disabilities to live and travel independently and to fully enjoy and use public facilities and spaces, from courthouses and parks to hotels, restaurants, and stores.

These disability laws generally require landlords, transportation operators, employers, and business owners to allow service animals even if they otherwise prohibit animals. And some people try to take advantage of these requirements by falsely claiming that their pets are service animals.

Many states are onto this ruse: It is a crime in some places to try to pass off a pet as a service animal.

What is a service animal, legally?

Under the federal ADA, a service animal is a dog that has been individually trained to work or perform tasks for a person with a disability, whether physical or mental.

In some cases, miniature horses that have been specially trained also count as service animals. Most state disability laws define service animals similarly, although there may be some variation in the details.

Service animals perform a wide variety of tasks, such as:

Alerting their handlers to allergens, low blood sugar, or the onset of a seizure;

Providing physical assistance by, for example, pulling a wheelchair, pushing elevator buttons, opening or closing drawers, or helping their handlers retain their balance while transferring into or out of a wheelchair, using the bathroom, or standing up;

Assisting with psychiatric disabilities by reminding handlers to take medication, providing calming physical contact to handlers with anxiety disorders, performing safety checks to alleviate fears for those with PTSD, or intervening in self-destructive behavior, and

Communicating important information to those with sensory disabilities, like helping a blind handler navigate city streets, or informing a deaf handler of a ringing phone or doorbell.

Service animals are specially trained to perform their tasks. In fact, many are bred specifically for this purpose, then trained for months to learn their work.

The work requires such focus and discipline that many animals don’t ultimately make the grade–and those that do often retire in middle age.

As wonderful as they may be, pets are not service animals. Nor are emotional support animals: animals that provide comfort, companionship, and even protection to those with psychiatric or emotional disabilities or conditions.

Although these animals can greatly help their owners and may have therapeutic value, they are not covered under the laws as service animals.

The penalties for violating these laws vary. In California, for instance, it is a misdemeanor to falsely and knowingly claim that you are the owner or trainer of a service animal. The crime is punishable by up to six months in jail and/or a fine of up to $1,000.

In New Jersey, you can be fined from $100 to $500 for putting your dog in a guide dog harness to falsely pass it off as a guide dog. In Texas, outfitting your dog as a service animal (when it is not) is a misdemeanor, punishable by a fine of up to $300 and 30 hours of community service.

Why false claims are so damaging

By falsely claiming that your pet is a service animal in order to, for example, bring it into a restaurant with you or take it on the bus, you are not only inconveniencing others who have to put up with your animal. You are also poisoning attitudes towards true service animals, and leading bystanders and proprietors to believe others may be “faking it.” In addition, if you enter a facility where an actual service animal is working, your untrained animal may jeopardize the safety of the service animal and its handler. And, you may also be breaking the law. Leave your pet at home, and allow true service animals to do their jobs.