5 reasons California is unsustainable in its current state

Several rent control bills failed to make it through the California Senate. AB 1482 (anti-rent gouging bill) did clear the Senate judiciary committee. If passed California would join Oregon with statewide rent control. Rent control has historically decreased rental inventory and increased rents on the non-regulated apartments. The opposite of its intended effect.

California supports nearly 40 million people, and anticipates 50 million-plus, on a State Water system designed for a population of 25 million. Water, as well as the rest of California’s infrastructure, has generally been ignored since the 1960s. The Society of Civil Engineers delivered a 2018 report on California’s bridges, roads and transit system. Its grade: C-

The California Policy Center in 2015 reported that California state and local governments owe $1.3 trillion. Others says it’s as much as $2.3 trillion. The Hoover Institute says it’s over $1 trillion in pension liability alone ($76,884 per household).

With California’s many regulations, the influx of over 2.6 million illegal immigrants (2014), a shrinking middle class and the highest income-to-debt ratio among U.S. states—it’s no wonder that it’s also the state with the highest taxes and the highest cost of living in the nation. Workers fleeing the state for greener pastures are being replaced with those seeking to take advantage of the California government’s costly policies.

In June California passed its largest state budget to date—$215 billion—including a record number of local pork-barrel projects. Perks totaled $496,350,000 in the final budget as reported by the California Globe. In July, Gov. Newsom’s administration began the process of transferring $331 million back into a special fund designed to help California homeowners hit hard by the recession-era mortgage crisis, money that the courts ruled was wrongly used to help balance the state budget in June. 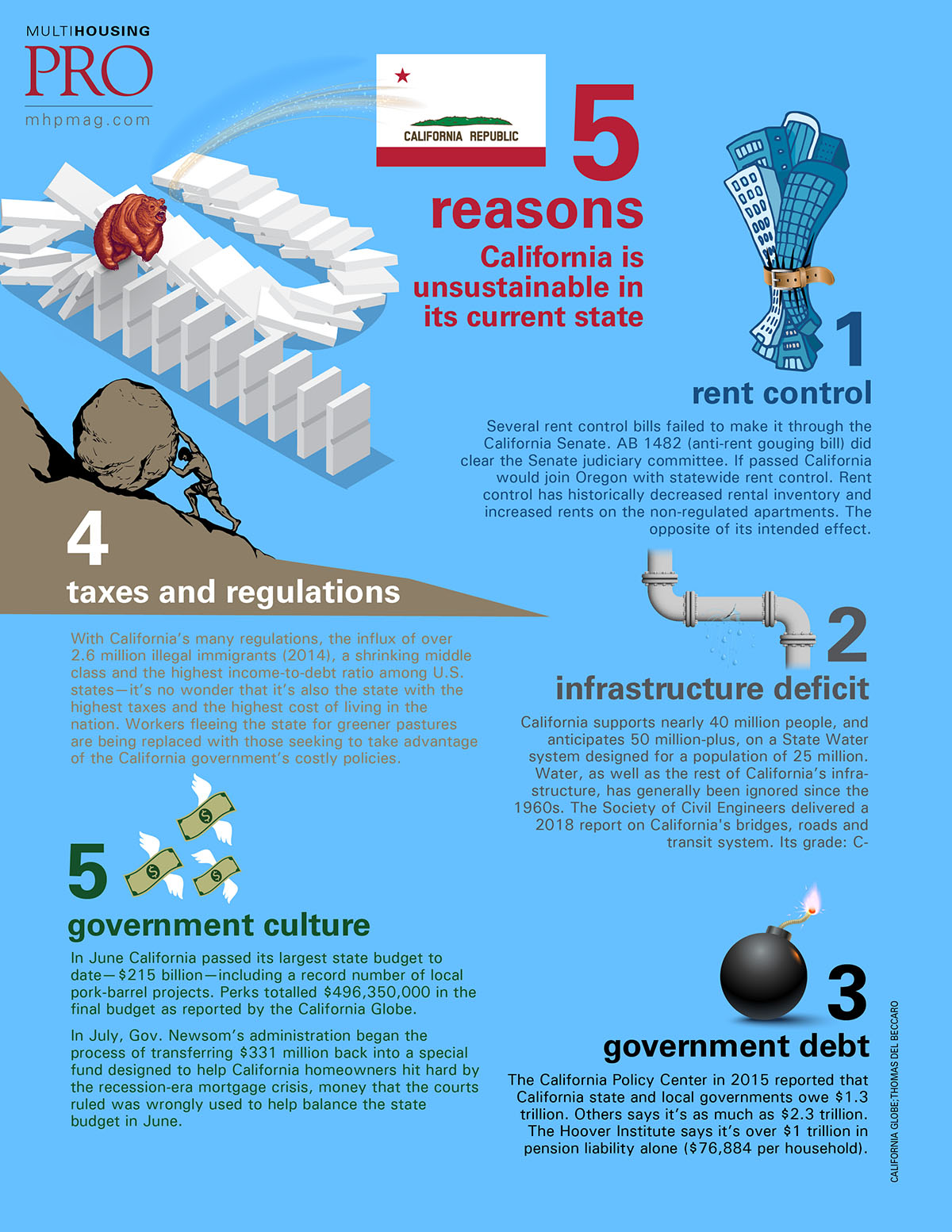