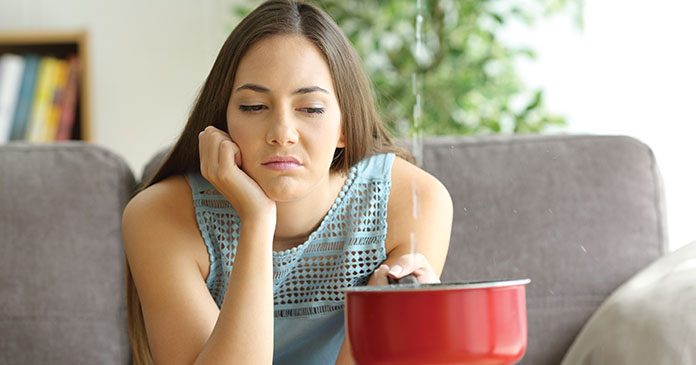 As a consumer, it’s easy to view the launch of connected home devices and want the same functionality in my apartment. But for the owners of an apartment building, spending on connected tech is less easy to justify. In the wake of a large funding for a smart apartment company (SmartRent raising $32 million) and a few conversations with folks in the industry, I have taken away one big message.

When it comes to smart apartments, smart tech isn’t about what the tenant wants. It’s about what boosts the landlord’s bottom line.

There are few rental property owners that will make an investment in smart tech without demanding some form of return. Perhaps in a competitive market an apartment owner might put in a few consumer-facing devices to help sell units, but in most places, any smart apartment tech has to solve problems, not create them.

Which means services such as voice control offered by Amazon Alexa or Google Home aren’t of much interest to owners of rental apartments. Privacy concerns are too high, says Sean Miller, president of PointCentral, an Alarm.com business selling to the multi-dwelling unit (MDU) market. Miller says that in most cases apartment owners want things that help them cut or keep costs in line.

The two most popular use cases so far are around access and HVAC. Both can offer savings and added convenience for property owners. However, access, which covers individual apartments and public spaces, is incredibly complex and can be controversial. As Felicite Moorman, president of Stratis, a company selling tech to MDUs, put it: “You can’t just slap a single-family PIN code door lock into multifamily. That’s the equivalent of putting a key-creating kiosk in the lobby.”

Ensuring the security of smart locking systems as well as making sure the right people have access to them render such systems really complex. But the advantage for apartment building owners is a system that lets them re-key locks quickly and easily; it also provides an audit trail when people access the apartment units. In certain communities, however, residents are pushing back against smart keys. In some cases, it’s because of security concerns, and in others, it’s a concern about the loss of control that can come with not having a physical key.

On the HVAC side, smart thermostats can help both residents and property owners. Property owners like the ability to remotely control thermostats in vacant units to ensure they aren’t wasting heat or A/C. Anyone living in an apartment with such a thermostat should ask how the property owner handles control of the thermostat when they’re home. I’d look for a property whose staff can’t access any smart devices in a unit once that unit is leased.

These are the most common use cases so far, but property owners have other problems that technology can help with. For example, managing package deliveries is a pain for most apartment buildings, especially in the era of Amazon. Yes, some connected door lock companies are pioneering deals with UPS to get packages delivered inside a resident’s apartment, but that’s not a service that can scale without delivery companies hiring more workers or properties hand-delivering packages.

Some sort of service that lets residents know when they have a package and provides them access to only that package, or ensures that they take only their package, is the way to go. I bet Amazon’s working on that right now. Another thing apartment owners might want to consider is noise sensors. Noise complaints are a headache for property owners and residents alike. Having a system in place to track noise and issue warnings could be beneficial, although it seems like tech that a property manager might buy after the fact.

Leak detection and water-flow monitoring is one final area where I would expect smart tech adoption by property owners. And the next time I find myself in the market for an apartment to live in, it’s the one tech I’d actively seek out, possibly because I once had a catastrophic leak thanks to a sink overflowing in the apartment above mine. I wish my apartment had had the ability to detect the leak before the water broke through my ceiling and flooded my bedroom.

In general, when looking at smart apartment tech, don’t expect fancy lighting or smart appliances. Look for more useful services for both you and the landlord like smart access, HVAC that learns, and leak sensors.