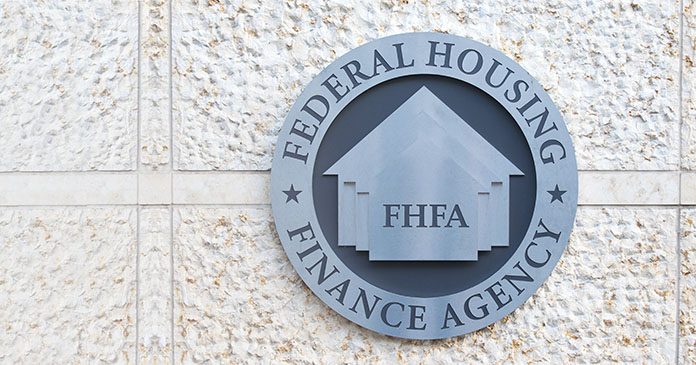 The Federal Housing Finance Agency will increase caps on the amount of multifamily loans Fannie Mae and Freddie Mac can purchase next year while also closing some loopholes.

The regulatory agency will now limit the two firms to purchasing $100 billion in multifamily-housing residential loans, respectively, between the fourth quarters of 2019 and 2020. The caps are substantially larger than in previous years. In 2018 and 2019, Fannie Mae and Freddie were only allowed to purchase $35 billion in multifamily loans each, however “mission-driven” loans excluded from the caps brought the total volume to $142.5 billion in 2018.

The FHFA began setting caps on Fannie and Freddie’s multifamily businesses in 2014 in an effort to support liquidity in the multifamily market while also working to prevent private capital from being crowded out.

Beyond expanding the size of the caps, the FHFA also made other revisions to how Fannie and Freddie can conduct their multifamily businesses. In particular, the agency will now require the two firms to have over one third of their multifamily activities be directed toward affordable housing.

This can include loans on properties subsidized by the Low Income Housing Tax Credit program, loans on developments created under inclusionary zoning rules, loans on properties covered by a Section 8 Housing Assistance Payment contract. Portions of loans can count on a pro-rata basis toward this requirement if a certain percentage of units within a multifamily development are considered affordable, based on the area’s median income.

Furthermore, the new lending caps eliminate exclusions that allowed Fannie and Freddie to purchase loans in excess of the limits previously in place. Notably, the agency threw out a loophole that allowed Fannie and Freddie to buy green loans that were used to finance certain energy and water efficiency improvements without it counting toward their overall spending limits.

Between 2015 and 2017, Fannie and Freddie’s share of new multifamily loans increased from 36 percent in 2015 to 49 percent in 2017, the FHFA said. Much of that growth was attributable to the green loans exclusion. Around half of the loans both firms purchased in 2017 and 2018 were excluded from the FHFA’s lending caps.

The FHFA’s choice to expand the lending caps—while also closing the loopholes that allowed lending activity beyond them—comes as the Trump Administration called on the Treasury Department and the FHFA to consider limiting Freddie and Fannie’s multifamily footprint as part of its broader plan for housing finance reform.

Fannie, Freddie will retain $45B in capital in step toward privatization

Mortgage giants Fannie Mae and Freddie Mac will be permitted to retain a combined $45 billion worth of earnings, the Federal Housing Finance Agency announced after holding only small capital cushions of $3 billion each for seven years.

The move to alter the government’s preferred stock purchase agreements is the first major one under FHFA Director Mark Calabria’s tenure to wind down the conservatorship of the government-sponsored enterprises.

“The enterprises are leveraged nearly 1,000-to-one, ensuring they would fail during an economic downturn—exposing taxpayers once again,” said Calabria in a statement. “FHFA commits to working with Treasury in the coming months to amend the share agreements and further advance broader housing finance reform.”

Fannie Mae and Freddie Mac will be allowed to retain more of their earnings for the first time since 2012, when the government required that the two companies surrender most of their profits in an effort to repay taxpayers for the bailout during the financial crisis.

Calabria has repeatedly said that one of his top priorities is to build up Fannie and Freddie’s capital arsenal, and has noted that the first step of that process would be to suspend the 2012 provision of the government’s stock agreement with Fannie and Freddie resulting in the net-worth sweep.

The net worth sweep required Fannie and Freddie to deliver nearly all of their profits to the Treasury Department in an effort to repay taxpayers for the bailout during the financial crisis, which left the two GSEs with a very thin capital buffer relative to their earnings.

Calabria also said earlier this month that he is also exploring different avenues for building capital outside of retained earnings. He said it would “probably take a decade” to collect the kind of capital needed to exit conservatorship just through profit alone.

In the following months, FHFA will work with Treasury to limit the government’s role in housing finance, increase marketplace competition and focus on affordable housing and sustainable homeownership, FHFA said.

“The status quo is not an option,” said Calabria. “Now is the time to act.”