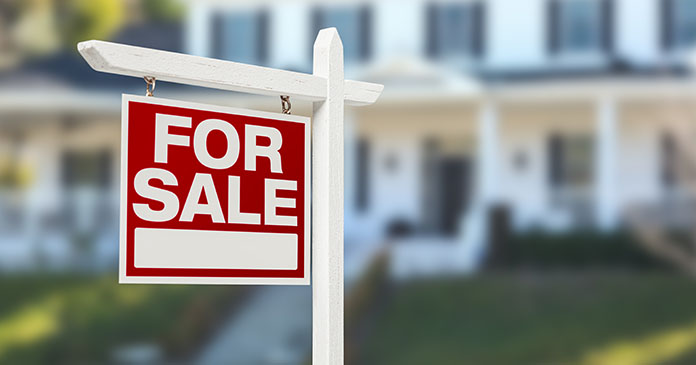 Who’s going to buy all the boomer’s homes?

A recent story in the Wall Street Journal asked who would buy all the baby boomers’ retirement homes as they begin to age into assisted living, move in with family or die. Author Laura Kusisto suggests that the greatest impact will be felt in mostly senior-only communities located in sun-belt parts of the country like Arizona and Florida, places that the next generation—gen X—neither desire or can afford to live. (see “OK Boomer, Who’s Going to Buy Your 21 Million Homes?”—Read more on the less-than-affable expression, OK Boomer). These highly-senior dominated areas could, in fact, turn into Rust Belts of their own, where populations and their home values fall, and where younger people simply won’t come in to save the local economy. 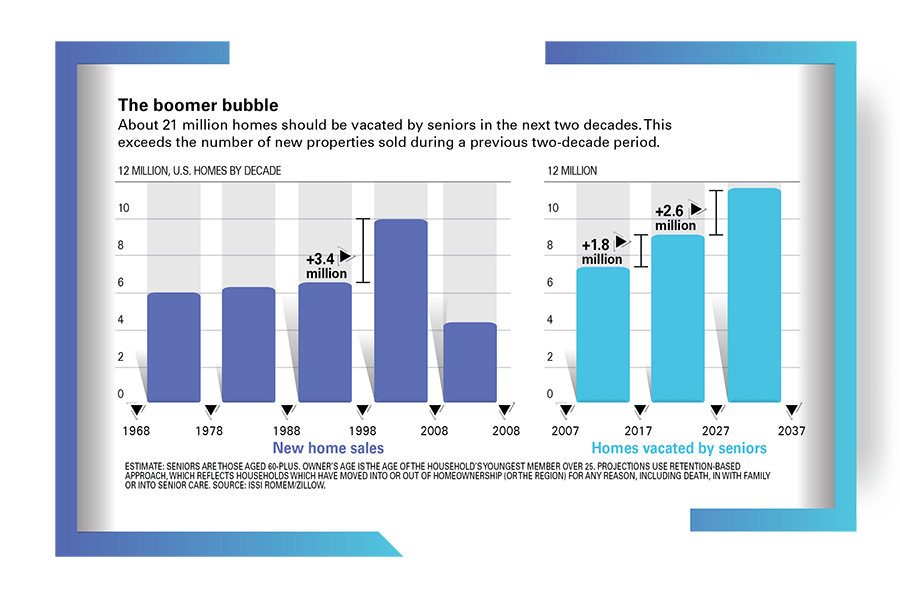 “One in eight owner-occupied homes in the U.S., or roughly nine million residences, are set to hit the market from 2017 through 2027 as the baby boomers start to die in larger numbers, according to an analysis by Issi Romem conducted while he was a senior director of housing and urban economics at Zillow. That is up from roughly 7 million homes in the prior decade,” she writes.

“By 2037, one quarter of the U.S. for-sale housing stock, or roughly 21 million homes will be vacated by seniors. That is more than twice the number of new properties built during a 10-year period that spanned the last housing bubble,” writes Kusisto.

“Most of these homes will be concentrated in traditional retirement communities in Arizona and Florida, according to Zillow, or parts of the Rust Belt that have been losing population for decades. A more modest infusion of new housing is expected in pricey coastal neighborhoods of New York or San Francisco where younger Americans are still flocking in large numbers, “she writes.

Perhaps one of the biggest fails of the article is the absence of one of the country’s fastest and largest growing populations. One that is obvious to those who live in border states like—Arizona and Florida. 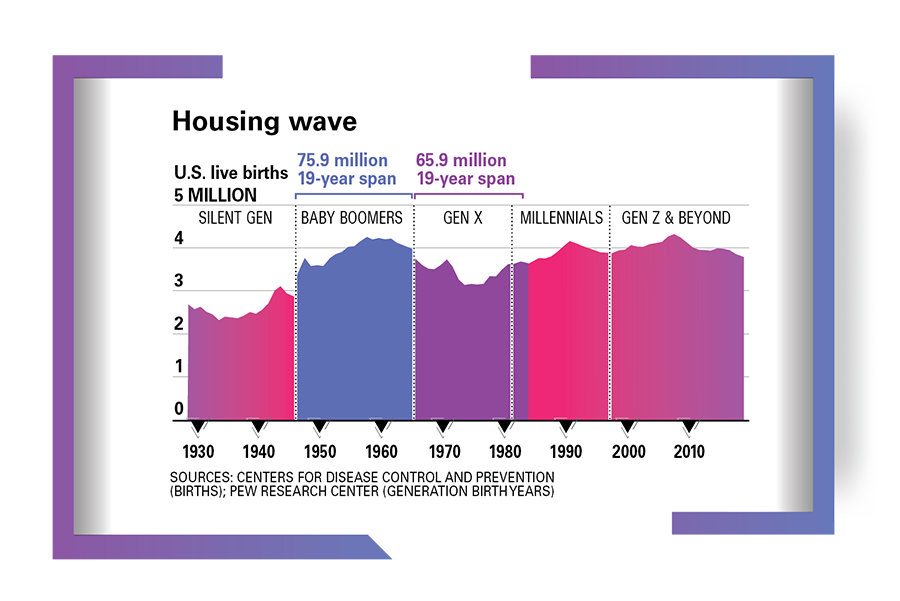 The U.S. foreign-born population reached a record 44.4 million in 2017 according to Pew Research. Since 1965, when U.S. immigration laws replaced a national quota system, the number of immigrants living in the U.S. has more than quadrupled. Immigrants today account for 13.6 percent of the U.S. population, nearly triple the share (4.7 percent) in 1970. However, today’s immigrant share remains below the record 14.8 percent share in 1890, when 9.2 million immigrants lived in the U.S according to Pew.

Most immigrants (77 percent) are in the country legally, while almost a quarter are unauthorized, according to new Pew Research Center estimates based on census data adjusted for undercount. 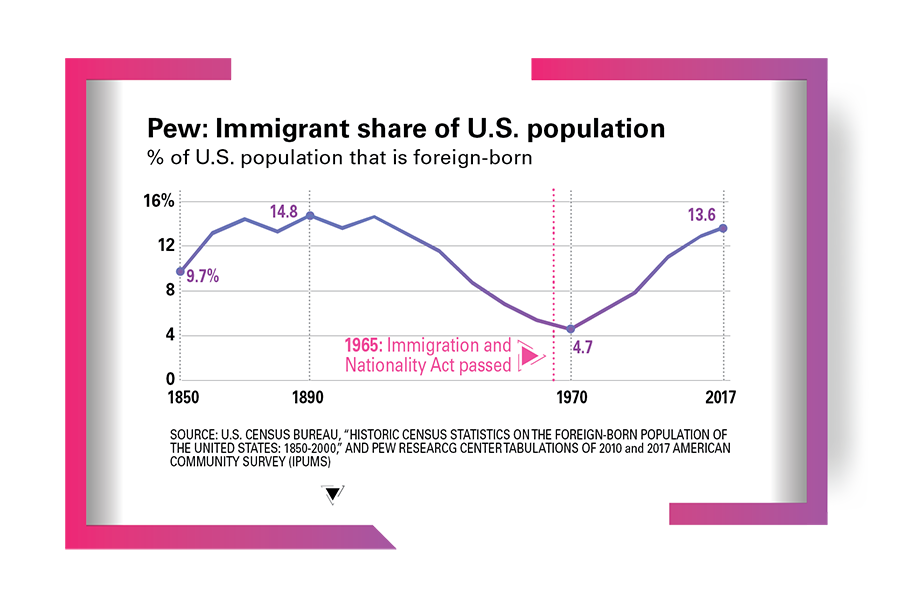 Generally accepted estimates put the population of undocumented immigrants in the U.S. at approximately 11.3 million.

But a paper by three Yale-affiliated researchers suggests all the perceptions and arguments based on that number may have a faulty foundation; the actual population of undocumented immigrants residing in the country is much larger than that, perhaps twice as high, and has been underestimated for decades. 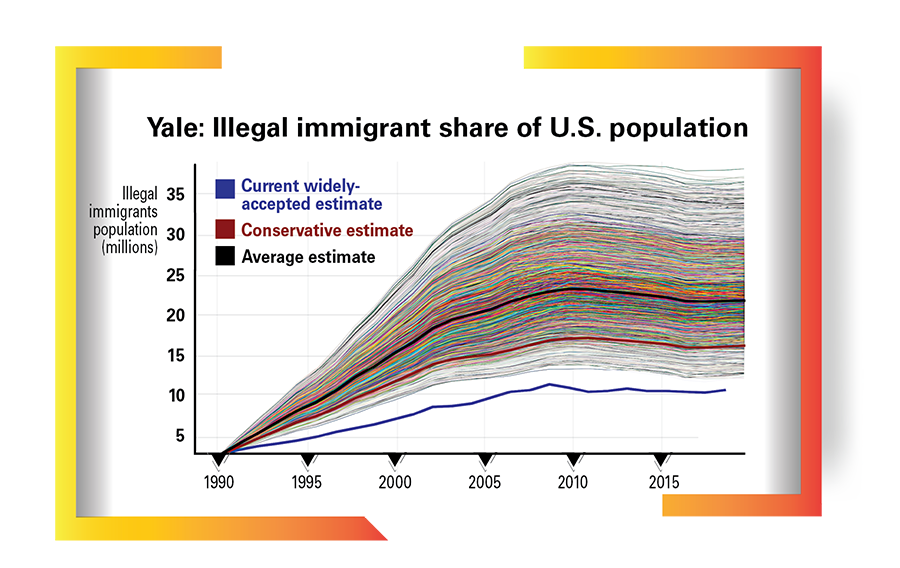 A country made of more than organic generations

While many argue the fiscal burden of illegal immigrants on the nation, others like Council of the Americas, funded by the Rockefeller Brothers Fund have concluded: “The most pronounced impact of immigration on housing values is in thriving Sun Belt cities that remain affordable and in declining Rust Belt cities where immigration acts as a barrier against even greater declines in home values. The data concludes that while immigration increases home values in many areas, it is not adding to the affordability crisis plaguing some of America’s most expensive cities, or pricing people out of expensive, highly desirable communities.”