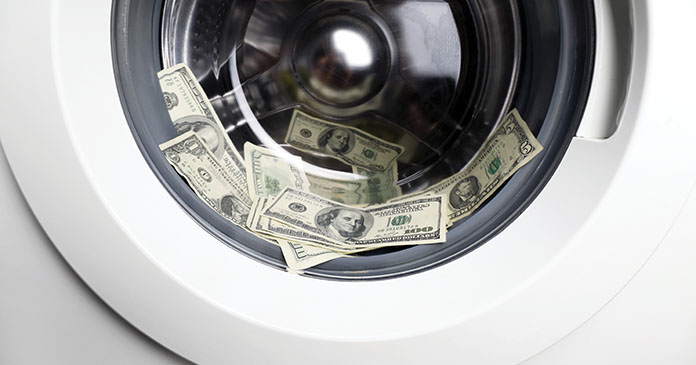 It’s easy to look around and see how the COVID-19 crisis has brought out the worst in some people—from hoarding thousands of bottles of hand sanitizer to crowding bars and restaurants despite public-health guidelines. But such irresponsible behavior, I believe, is more the exception than the rule. Time and again, individuals and communities have demonstrated that the worst situations tend to bring out the best in people and the organizations to which they belong. In every moment of darkness, it seems, there are countless moments of light—small gestures of compassion and connection that allow people to show who they are, how they want to live, and what matters to them.

For her book, A Paradise Built in Hell, the nonfiction writer Rebecca Solnit studied impromptu, spontaneous, bottom-up responses to some of the world’s worst natural and man-made disasters—deadly earthquakes in San Francisco and Mexico City, the Halifax Explosion of 1917, the September 11 attacks. “The history of disaster,” she writes, “demonstrates that most of us are social animals, hungry for connection, as well as for purpose and meaning.” A truly dire situation, as tragic as it is, “drags us into emergencies that require we act, and act altruistically, bravely, and with initiative in order to survive or save our neighbors, no matter how we vote or what we do for a living.”

A lesson from Katrina

As I thought about Solnit’s observations, I thought back to an act of business heroism that brought her message to life. It happened during the depths of Hurricane Katrina, which famously ravaged New Orleans, but also devastated the Gulf Coast of Mississippi. For weeks and months, everyday life was a struggle—not just finding food, clothes, or diapers, but finding the money to pay for them. There was no electricity, so no way for credit-card systems to work. Bank branches were flooded and ATM machines were wrecked, so there was no way to get cash.

From this desperate situation emerged an inspired response by employees at Hancock Bank, a community bank based in Gulfport, Mississippi, with roots back to 1899. In the days immediately after Katrina, bank employees, who had their own personal crises to deal with, scavenged the floors, drawers, and bank vaults in the 40 or so Hancock branches that had been obliterated by the storm, along with the waterlogged remains of local casinos. They scooped up all the wet, muddy, filthy cash they could find, and stuffed it into plastic garbage bags. They hooked up washers and dryers to generators, set up rows of ironing boards, and gently cleaned and ironed the cash—they literally laundered money.

They then set up folding tables and tarps outside the branches and distributed cash to anyone who asked for it, even though hardly anyone had an ID, since all of their possessions had been washed away. There were no computer systems, so employees recorded the “withdrawals” on scraps of paper with each person’s name, address, and Social Security number. Hancock’s makeshift operation distributed more than $42 million in “laundered” cash. As one in-depth news account noted, it was a scene that “would make a mob boss proud.”

In reality, this grassroots expression of ingenuity and humanity made the bank and its customers proud. Hancock got back more than 99.5 percent of the cash it distributed. Its deposits and assets soared: When customers went to a branch to repay the money, or non-customers did the same, they were so grateful that they opened a new account, added to an existing account, and used the bank for their next car loan or mortgage.

Hancock CEO George Schloegel told an oral-history project that the attitude was, “You were there when I needed you. You’re going to be my bank.” In the year after the storm, deposits grew by $1.5 billion.

Meanwhile, Hancock’s business strategy was reinforced by these gestures of service and trust. Hancock had always prided itself on a culture of planning for natural disasters, which are part of life in its part of the world. Since Katrina, though, its “last-to-close-first-to-open” philosophy has become core to its brand identity. Ten years after the storm, bank executives were invited to open trading on the Nasdaq stock market to celebrate the region’s resilience and the behavior of their employees during the Gulf Coast’s “darkest days.”

Helping others helps yourself

The bottom line: Practical, useful acts of kindness are good for humanity, and good for business. Acts of kindness are also good for the people who do them—and the more tangible the act, the better. Academics who study “prosocial” behavior (as opposed to “antisocial” behavior) often note the power of “helper’s high,” or what is less charitably called “impure altruism.” The satisfaction that comes from doing things for others benefits us as well. “It’s hard to do something truly altruistic,” argues University of Houston professor Melanie Rudd, “because we always feel good about ourselves after we’ve performed that act of kindness.”

Yes, these are scary, trying, difficult times, and they are likely to get worse before they get better. But as we shake our heads at some bit of reckless behavior featured on the news, or we throw up our hands in despair wondering how our company can make a difference, take a page from Rebecca Solnit’s book, and the lessons of Hancock Bank, and look for ways for you and your colleagues to do something to make things a little better.

During the course of her research, Solnit analyzed the work of Charles E. Fritz, a giant of modern disaster studies, a field that emerged after World War II, and she was amazed by his views. Fritz’s most “radical premise,” she explained, “is that everyday life is already a disaster of sorts, one from which actual disaster liberates us,” since it gives each of us the chance to express the best in ourselves. The “merging of individual and societal needs” during a disaster, Fritz argued, “provides a feeling of belonging and a sense of unity rarely achieved under normal circumstances.”

So don’t be afraid to let bad times bring out the best in your company—and in you.

Author Bill Taylor is the cofounder of Fast Company and the author of Simply Brilliant: How Great Organizations Do Ordinary Things in Extraordinary Ways, hbr.org