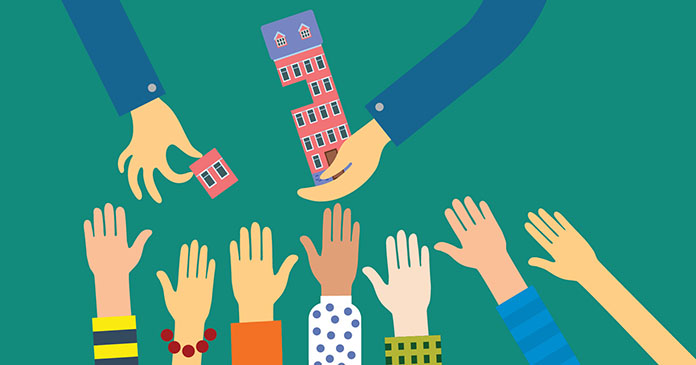 As the current economic expansion enters its 11th year—the longest on record—the “when will it end” speculation continues apace. As cap rates hover near historic lows and properties trade for historic highs, the question is particularly relevant for multifamily assets—one of the major beneficiaries of the current expansion.

It’s impossible to know when a correction will occur, so taking a long-term view is a smart approach. My belief is that there are three demographic trends shaping the future of the housing market that support the investment thesis of continued multifamily growth.

A report from the Joint Center for Housing Studies of Harvard University found that a combination of longer life expectancy and a surge of baby boomers entering their retirement years means that, by 2035, 1 out of 3 U.S. households will be headed by someone over the age of 65. This is a population of nearly 79 million people who will require a variety of different housing options.

While the majority of this group will be homeowners, there is an increasing preference toward renting.

Using data from the U.S. Census Bureau, Curbed reports that individuals over the age of 55 represented the largest jump in the renter population in the decade following the financial crisis (2007–2017). This cohort grew by 38 percent, versus 10 percent for the 54-and-under age group. The 65-plus age group grew even faster at 65 percent.

Whether they’re empty-nesters seeking to downsize, active adults looking for an urban environment or both seeking to avoid the hassle of home repairs, the trend is that baby boomers increasingly prefer renting over buying. As a result, there’s a long-term opportunity for urban or close-in assets with a strong mix of two- and three-bedroom floor plans, active amenities and walkable neighborhoods. Such assets will be well-positioned to take advantage of the coming “silver tsunami,” and their owners could reap the rewards of managing vibrant communities with strong occupancy.

Millennials, individuals born between 1981 and 1996, have notoriously finicky purchasing preferences. From retail to movie theaters, they’ve been credited with upending entire industries, and housing is no different. According to the Housing Policy Finance Center, millennials are less likely to own a home than previous generations because:

If homeownership is unlikely, the alternative is renting, and millennials tend to prefer properties and locations with many of the same characteristics that baby boomers look for. So, again, I believe that well-located properties in millennial-friendly markets like Denver, Nashville, Phoenix and Seattle, as well as Orlando, Florida; Raleigh, North Carolina; and Austin, Texas, are positioned to take advantage of the changing millennial housing preference.

Perhaps the most compelling data point to support this continued multifamily growth thesis is simple: Many Americans can’t afford to buy a home.

It’s important to note that the Census data is for the entirety of the U.S. Home prices in fast-growing markets like Denver or Orlando have risen substantially faster, putting homeownership out of reach for many.

To confirm this point, we’ve cross-referenced it against census data for homeownership rates by region over the same time period, and the conclusion is the same. Despite an ongoing economic expansion, homeownership rates have declined for all regions, and many are still below pre-recession highs, which suggests that the recovery hasn’t benefited all equally. Again, the alternative to homeownership is renting, which benefits multifamily asset owners.

To be sure, in 2020, multifamily assets are expensive by historical standards, and they may be due for a correction. But, the way Americans think about housing is changing, and multifamily assets are well positioned to benefit from the shift. Aging baby boomers seeking to eliminate the maintenance hassle of homeownership increasingly prefer to live in urban, walkable neighborhoods that cater to an active lifestyle and millennials delaying their entry into adulthood represent a substantial opportunity for future rental tenants. Due to this, combined with the relative affordability of multifamily, operators who manage to capture the attention of these two demographics should be well positioned to weather any short-term corrections for long term-gain.