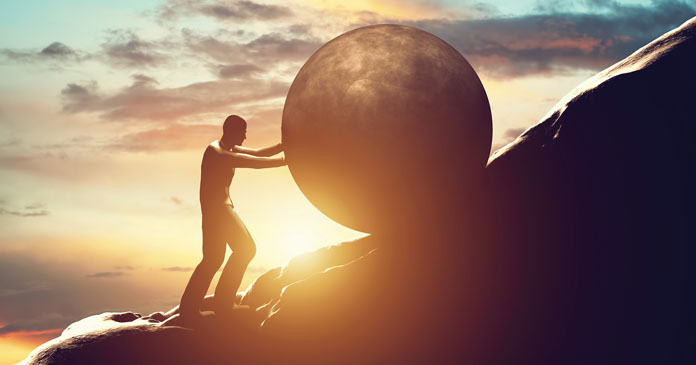 Just when we were starting to trumpet the return of the entry-level home buyer, after years in which builders ignored that segment, we get another mind-bending recession. How will this affect home-buying and renting behavior?

To say that millennials had a tough time after they graduated is an understatement. millennials who were 22 years old in 2008, excited to start their career and maybe buy a house, stepped into a collapsing economy. “Go back and live with your folks,” the fates seemed to be saying.

Those same people are now 34, which is exactly the group we’ve been seeing finally accumulating some savings, and getting teed up to buy a home. The economy is good, mortgage rates are ridiculously low, and I’m progressing in my career. Wham. Record low unemployment rates turn into record high layoffs overnight.

It brings to mind the image of Charlie Brown, determined that “this time I’m going to kick that football through the goalposts.” Well, Lucy pulled it away again.

The sectors of the new home market that are getting hit the worst in this economic downturn are the ends of the barbell: high end and entry level. The entry level is getting the ball pulled away because of layoffs, lost income, and anxiety about the future.

And it’s not just the millennials (also known as Generation Y) who are in play in the entry level. The people who are now in what has historically been the first-time homebuyer age (starting around age 22 to 25) are called Generation Z. That generation was not quite financially ready to buy a home, but builders were starting to think in advance about catering to them, with some smaller and more affordable homes.

It should not be forgotten how badly Gen X got creamed in 2007-2008; many of them had just bought their first home and then practically by the time they got all their furniture moved in they lost it to the bank.

Thinking further into the future, the question becomes: Will the millennials’ collective psyche be affected by these back-to-back economic disasters? The World War II generation bore the scars of the Great Depression for their whole lives. Many of them went through their whole lives worrying about money, which drove them to save money and steer away from risky situations.

Will the millennials go through life bracing for another crash and more mass layoffs? We were already seeing apartment buildings filling up with people who had the financial means to buy a home, but they didn’t want to own.

They chose to rent because they liked the flexibility. Those people will probably still have that sentiment, and the attitude might be even further reinforced by the desire to not get caught owning a home during an economic downdraft.

That being said, millennials are starting to have children, and that trend was just starting to drive them to get a home in the suburbs. There was already a trend happening toward more single-family homes for rent, a choice that can allow the growing young family to have the single-family living experience without the hassles and risks of ownership.

And it is worth mentioning that birth rates are likely to be higher by December, a humorous but real side effect of so many couples sheltering in place together now. Adding to this could be the surge of births that sometimes follows the end of a crisis, as happened after 9/11.

In a post-virus world, we could see a further surge in the relative popularity of single-family homes among renters.

Whereas in an apartment building, where residents are in closer contact by necessity, sometimes packed into elevators to get to their floor, a detached home allows for much easier social distancing. This could accelerate a shift that was already occurring.

In addition to having more space for a family with children, a detached home also can often accommodate a home office more easily. To the extent that a larger share of the population continues to work from home on a regular basis in a post-virus world, space for a dedicated, comfortable, efficient home office may become a more widely-sought-after attribute.

This could motivate more renters to look for a space that is large enough to accommodate this dedicated space.

This is just one of many trends that was getting started before today’s crisis that could get even more momentum in the years that follow.