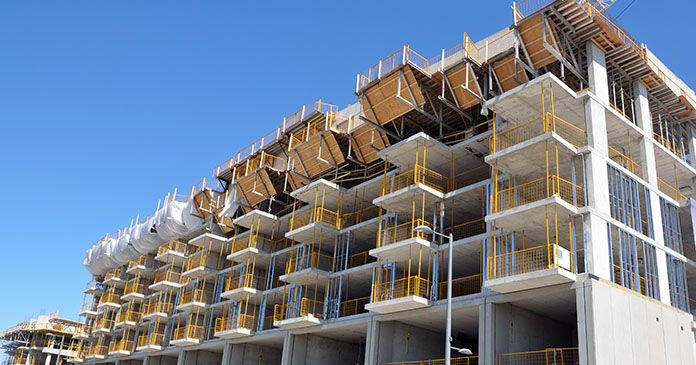 More than half (57 percent) of multifamily developer respondents reported construction delays in the jurisdictions where they operate, according to the fourth edition of the National Multifamily Housing Council (NMHC) COVID-19 Construction Survey.

Of those reporting delays, 83 percent highlighted permitting due to COVID-19, which was virtually unchanged from 85 percent in round three (conducted May 11-20), and up from both 77 percent in round two (conducted April 9-14) and 76 percent in the initial survey (conducted March 27-April 1). This round of the survey also featured more detailed questions specific to pricing and financing, and expanded questions on reasons for and timelines of delays.

Firms continue to innovate in the face of challenges posed by the outbreak, with 52 percent of respondents indicating they have implemented new strategies to deal with the hurdles formed by the virus’s continued presence. Still, this is down from 59 percent of respondents last round, 75 percent in the second round and 73 percent in the first round who reported implementing new strategies.

NMHC will conduct this Survey on an ongoing basis for the foreseeable future to continue to provide an estimation of the impact of COVID-19 on multifamily construction.

The RADCO Companies announces $59 million sale of Sunstone Palms in...

ABOUT US
Yield PRO is one of a kind. It's multihousing news and strategy for rental owners and operators seeking to increase their asset value through streamlined processes and best practices. ﻿YP is the only independently-owned, nationally-circulated, exclusively-multifamily magazine in existence today.
FOLLOW US
© 2020 YIELD PRO MAGAZINE
Do NOT follow this link or you will be banned from the site!
MORE STORIES
Deal boom