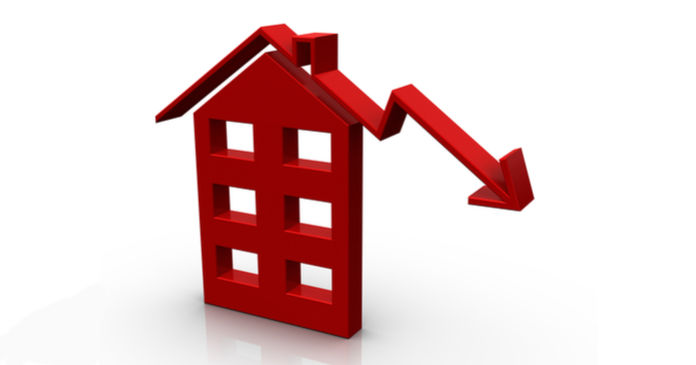 CoStar recently released its quarterly report on the change in value of commercial property in the United States. This article looks at the part of the report that deals with multifamily property values.

By focusing on repeat sales rather than all sales, the index compensates for the effects of potentially comparing the sales of properties with different characteristics in different time periods. However, by only using repeat sales, the number of transactions that can be used to calculate the index in any time period is reduced. In June 2020, there were 669 sales pairs for all of the property types tracked by CoStar. This is down from a level of 1,448 sales pairs in June 2019. Dollar volume dropped from $15.8 billion in June 2019 to only $4.1 billion in June 2020. These figures show how the uncertainty due to COVID-19 has cooled the market.

The chart shows that multifamily property values have risen faster than those of office, industrial or retail property, particularly since the recovery from the recent downturn began around 2010. However, in the last 12 months, multifamily property values have risen by only 3.3 percent based on the equal weighted index. This trails both the index for industrial property, which saw a rise of 6.1 percent, and the index for land, which saw a rise of 10.0 percent.

The next chart shows how the CoStar multifamily price indices for the four Census regions of the United States have changed since 2000. As before, each of the indices is normalized to a value of 100 in December 2000, and the chart shows the relative change in value since then. Having a higher index value does not necessarily mean that the value of the property in dollars per door or dollars per square foot is higher. 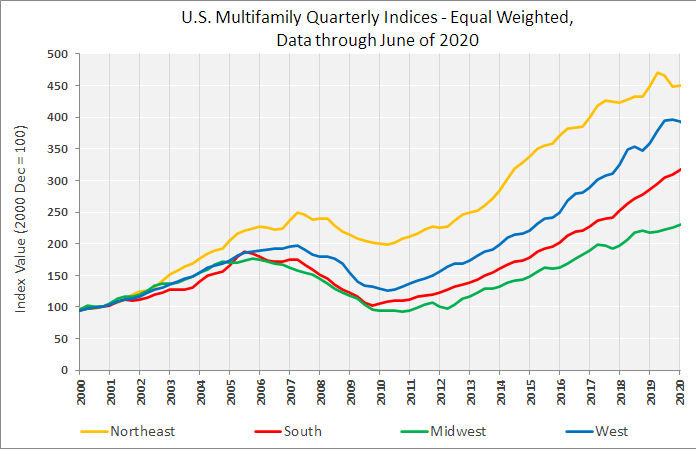 The chart shows that the Northeast has been the region with the strongest appreciation in multifamily property values since December 2000, with prices rising by 354 percent since then. The West was next in line with a rise of 284 percent followed by the South with a rise of 223 percent. The Midwest has had the lowest property value appreciation with prices rising by only 130 percent.