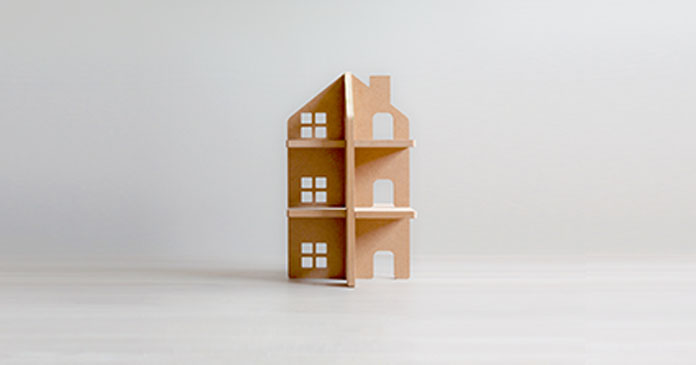 The U.S. multifamily sector remains an attractive option for real estate investors looking for a safe haven. Beyond the pool of traditional buyers who are actively acquiring apartment properties, the sector has become a landing spot for companies that aren’t legacy multifamily owners.

“We’re seeing a lot of new capital, whether it’s coming from overseas or from here,” said DeFrancis. “Institutional capital is continuing to move into real estate, and then within real estate there’s a lot of movement from other sectors into multifamily.”

Jessica Levin, senior director of acquisitions at Intercontinental Real Estate Corp., said that the influx of capital into the U.S. apartment market the past six months has been astronomical. She also said that there’s no slowdown ahead.

“Competition is stiffer now than in the past 10 to 15 years, and it’s only going to increase from here,” said Levin. “Investors will overpay where they feel are safe assets, which is multifamily and industrial.”

One of the themes of the webcast was that institutional investors have more leeway to increase their real estate holdings, particularly in multifamily properties.

“When you look at this cycle, as certain core sectors such as retail have fallen out of favor, there’s been a sector shift into multifamily, industrial and niche sectors like life sciences and self-storage. That’s driven yields down.”

The average U.S. apartment capitalization rate has been compressing steadily since the Great Recession. Over the past 10 years, the average cap rate has moved from approximately 7.5 percent to about 5 percent today, according to IPA.

Meanwhile, the 10-year Treasury yield has risen considerably over the past several months. The rate was 1.58 percent on April 20, up nearly 70 basis points since the beginning of the year.

As of early April, the gap between the average cap rate and the 10-year Treasury yield was approximately 340 basis points, according to research compiled by IPA. In 2020, that spread was 430 basis points, the largest delta since the Great Recession.

“That gap is still outsized but it’s in an environment with much lower yield expectations,” said DeFrancis. “There’s plenty of room for interest rates to rise without impacting cap rates.” 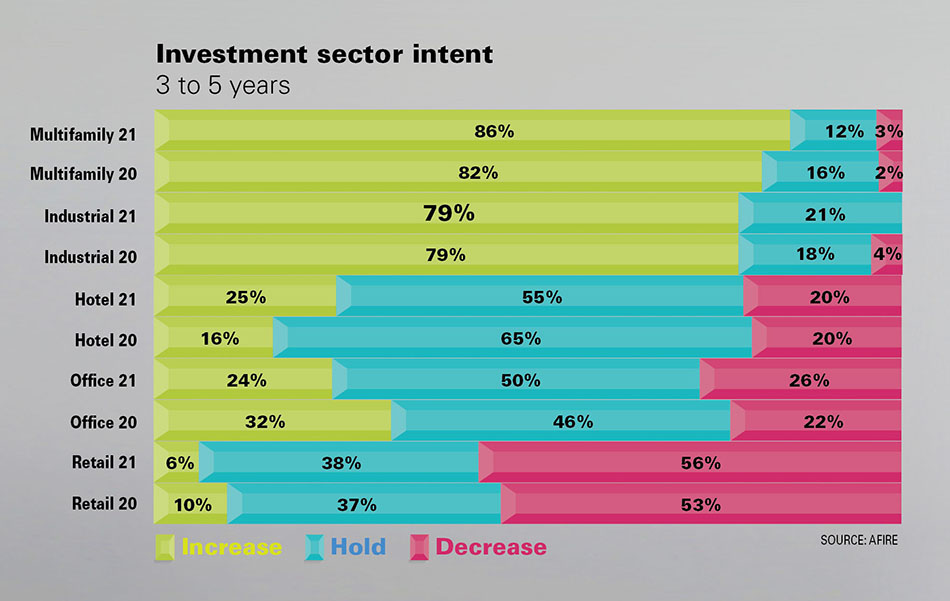 According to Nadji, institutional and private investors have been frustrated with the relatively low level of returns they’ve been getting in core urban markets. Thus, they’ve turned to secondary and tertiary markets in search of a higher yield for their multifamily investments.

In fact, 2020 marked the first year that apartment acquisitions in secondary and tertiary markets totaled more than 60 percent of all multifamily investments exceeding $20 million, according to data compiled by IPA.

Additionally, IPA conducts a survey twice a year with various investor categories such as pension funds and private equity firms. The respondents indicated in the latest survey that they plan to continue investing heavily in secondary and tertiary markets for the balance of 2021.

“We have continued to invest in suburbs; there’s less downside than there is some of these urban markets,” said DeFrancis about Cortland’s acquisition strategy. “But cities will come back like they always have.”

While suburban assets remain attractive in terms of rate of return, the investors on the panel said they believe that urban apartment markets across the country are now on good footing following a tough 2020 in terms of acquisitions and property-level performance.

Brookfield Asset Management’s multifamily portfolio comprises a 60/40 split between core and secondary and tertiary markets, according to Katuri. He said that his firm’s urban portfolio has been encouraging as of late.

“The urban recovery in 2021 has been great, all but one of our urban markets has stabilized in occupancy and rate recovery,” said Katuri. “”We believe in the urban recovery and the infrastructure of cities.”

Levin said that while there’s a safety in investing in suburban multifamily, especially during the pandemic when renters have shown an interest in more space per unit, Intercontinental Real Estate Corp. is also bullish on urban apartment markets as workers continue to trickle back into office settings.

“The most employment remains in cities, and most Gen Zers and millennials will want to live close to their work and nightlife,” said Levin. “There will be a flight back to urban over the next year or two.” 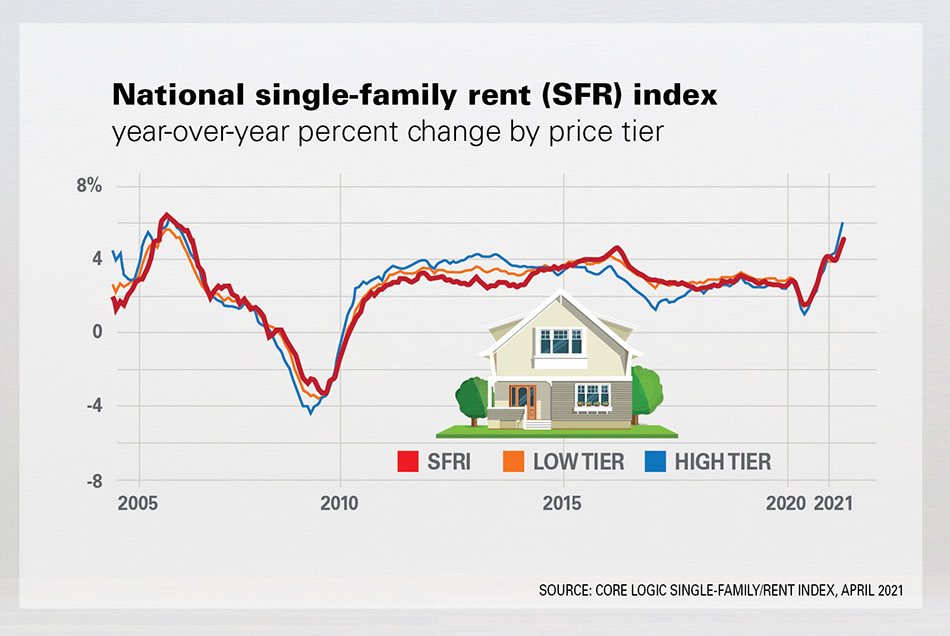 The panelists said that the single-family rentals (SFR) and build-for-rent (BFR) subcategories have experienced an outsized level of interest since the outbreak of COVID. As renters age and form households, some are opting to move into SFR properties because they typically have more storage, yard space and private garages compared with traditional apartment communities.

“It’s a real business,” said Katuri. “There’s room for both multifamily and SFRs.”

DeFrancis said that BFR developers have a sizable advantage over traditional apartment developers because it’s cheaper on a per square foot basis to build single-family homes than ground-up apartment communities.

One pitfall of the BFR market is that it requires land assemblages to make scalability possible. Levin said that’s going to be especially difficult to accomplish in gateway markets where developable land zoned for residential is scarce.

DeFrancis stated that SFR properties are also a little more challenging to manage than BFR and traditional apartment communities since SFRs tend to be smaller and aren’t always contiguous.

“There tend to be less units, so it’s not efficient to have onsite operations,” said DeFrancis.

One solution he proposes is for apartment operators to manage SFR properties offsite from nearby apartment communities in their portfolio to create synergies across their platforms.