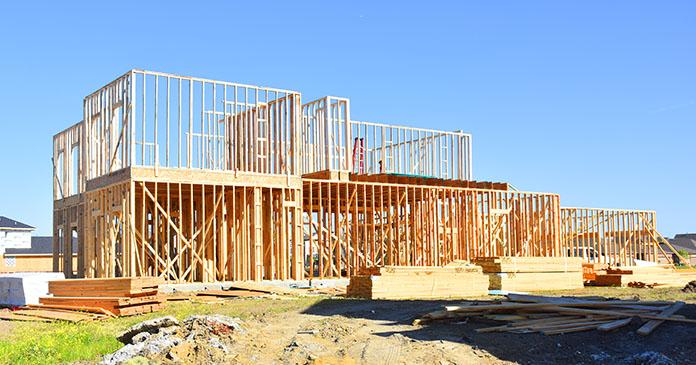 Residential construction continued to shift toward the suburbs and lower-cost markets, and this trend is especially pronounced within the multifamily sector, according to the latest Home Building Geography Index (HBGI) released by the National Association of Home Builders (NAHB).

“The trend of construction shifting from high-density metro areas to more affordable regions, which accelerated at the beginning of the pandemic early last year, appears to be continuing,” said NAHB Chairman Chuck Fowke, a custom home builder from Tampa, Fla. “Lower land and labor costs, and lower regulatory burdens in suburban and exurban markets make it more appealing to build in these communities. And workers are increasingly flocking to these areas due to expanded teleworking practices and lower housing costs.”

“There was a marked increase in new apartment construction outside large metro areas as people have greater flexibility to live and work in more affordable markets,” said NAHB Chief Economist Robert Dietz. “Similarly for the single-family sector, the HBGI data revealed that construction growth occurred more proportionally in these more affordable areas as well, while declining in terms of market share in the most expensive counties. However, overall single-family starts have slowed in recent months largely because of rising prices and limited availability of a broad range of key building materials.”

Single-family home building has also experienced a shift toward more affordable markets, though not as pronounced as multifamily. Exurbs and outer suburbs of medium-sized cities accounted for 18.1 percent of single-family construction in the second quarter—a market share gain of 0.8 percentage points since the fourth quarter of 2019. And while the bulk (45.8 percent) of single-family construction occurred in core areas of large and medium-sized metros, that share has declined 1.2 percentage points for that period.