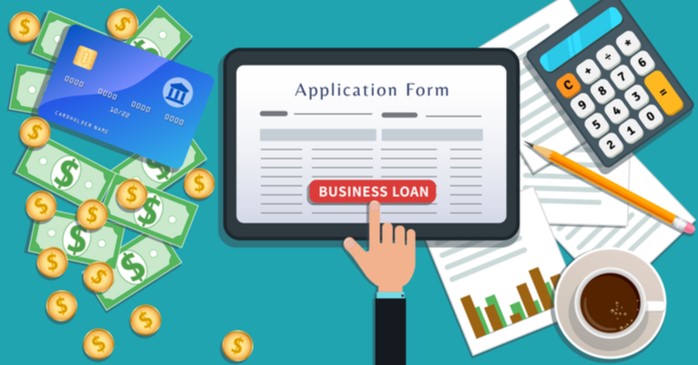 A report from the Mortgage Bankers’ Association (MBA) says that there was a significant rise in the originations of multifamily mortgages in Q3 both on a quarter-over-quarter and on a year-over-year basis. 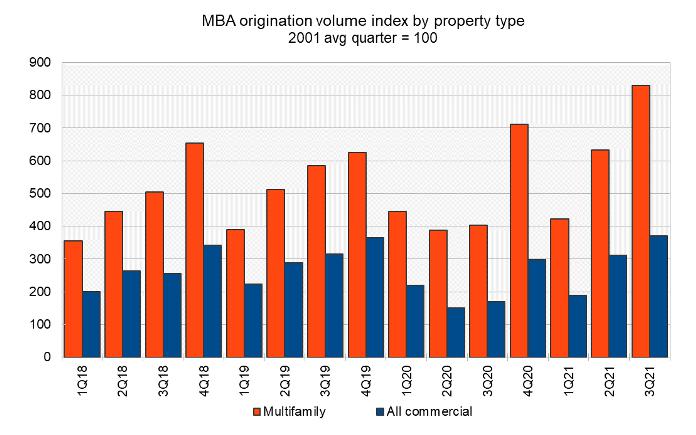 The multifamily mortgage origination index for Q3 2021 was 829. This was up 31 percent from the level in Q2 and was up 106 percent from the pandemic-impacted level of 2020. Compared to Q3 2019, the index was up 42 percent. This compares to a 34 percent rise that would have been expected if originations had grown by the 16 percent yearly average, so it was a good performance.

The big guys step up

The MBA report also includes data on the sources of the mortgages being originated. It provides data on five categories of lenders: commercial mortgage-backed securities (CMBS) and conduits, commercial banks, life insurance companies, the government sponsored entities (GSEs), Fannie Mae and Freddie Mac, and investor-driven lenders such as REITs and specialty finance companies. The relative rate of originations for each of these categories of lender is shown in the next chart. 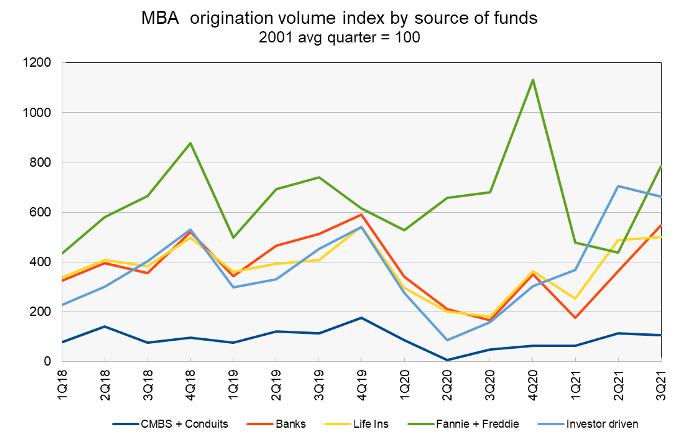