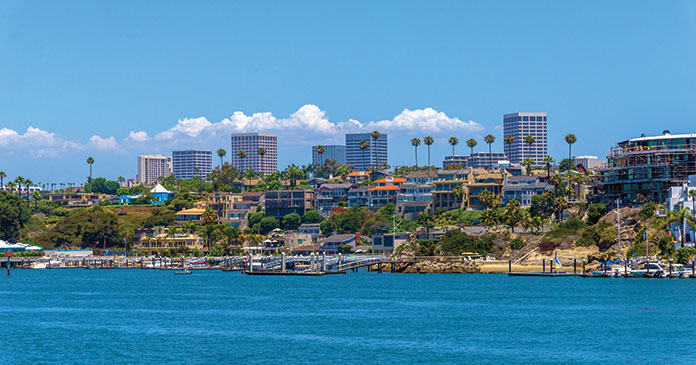 National multifamily occupancy rates are at record levels, with markets across the country seeing a strong increase in rents. According to RealPage, nationwide effective rents have increased 8.3 percent, the greatest gain since 2010. While rent growth may not be as robust going forward, demand for multifamily investments is predicted to remain strong in 2022.

Some of the best performing multifamily markets (2022-2023) include Boise, Phoenix, Worcester, Tucson, and Salt Lake City, with projected rent growth of 12 percent or more. Northeast markets Philadelphia, Pittsburgh, and Harford are predicted to see rent growth of 6 percent through 2023.

Fifteen multifamily markets are expected to see rent increases of 10 percent or more, with  Western cities such as Boise, Phoenix, and Tucson leading the way.

The most recent Emerging Trends in Real Estate report by PwC and the Urban Land Institute lists the top U.S. multifamily markets with the highest buy ratings based on current performance and long-term fundamentals.

Riverside-San Bernardino-Ontario, Calif. metro area is classified by Emerging Trends as an established market adjacent to nearby, high-cost Los Angeles. Multifamily investments in the Inland Empire benefit from in-migration from neighboring L.A.

The population of the Inland Empire grew by 0.61 percent last year, with the metro area home to 4.65 million residents. Of the nearly 1.6 million housing units, 36 percent are occupied by renters paying effective rent of $1,821. The vacancy rate is 1.9 percent, and 3,447 units are currently under construction. Rent takes up 20.3 percent of the two-person annual wage income in the metro area, where median household income is $70,954.

The population of over 2 million grew by 2.10 percent y/y. Of the nearly 863,000 housing units on the market, 36 percent are renter-occupied with more than 11,000 multifamily units under construction.

Strong economic fundamentals and better yield spread than neighboring states fuel the multifamily market’s investment growth. The city is home to a population of over 1.2 million with 0.83 percent annual growth.

Although apartment rents in Boise have declined slightly this year, they have risen by more than 26 percent over the past three years. Boise’s metro population is shy of 750,000 and 224,300 within the city limits at most recent measures, growing by 2.29 percent y/y.

Employers in Orange County are bringing workers back at a rapid pace, keeping the demand for multifamily housing strong. Located just south of L.A., nearly 3.2 million people live in the metro area, including major cities like Anaheim, Huntington Beach, and Irvine.

Although the vacancy rate has inched up to 3.8 percent, asking rents have increased by more than 5.5 percent y/y and currently stand at $2,075/mo. Investor demand for multifamily property in Orange County remains strong, with cap rates down to an average 3.8 percent at a median sales price per unit of $351,200 year-to-date.

Of the more than 1.1 million housing units in the metro area, 43 percent are renter occupied. The median household income in Orange County is $95,935, about 20 percent higher than the California average.

A diversified economy keeps this market healthy. The city’s 2.6 million population grew by 2.63 percent from last year. Currently, nearly 1.1 million housing units are on the market, with 35 percent renter occupation and 6.4 percent vacancy as of Q3 2021. Developers delivered 10,511 units over the past 12 months, with another 10,790 units under construction.

Effective rents are $1,423, an increase of 1.8 percent y/y. While rents are rising rapidly, housing is still relatively affordable. Rent as a percentage of 2-person annual wage income is 14.5 percent in the metro area, where median household income is $66,399, about 20 percent higher than North Carolina.

The Northern Virginia suburbs of Washington, D.C., are a leading data center hub for  Amazon Web Services, Google, and Microsoft, sustaining job market growth and housing demand. Home to nearly 6.3 million residents, the metro population has grown by nearly 0.5 percent over the past year.

About 36 percent of the 2.4 million housing units are occupied by renters paying effective rent of $1,944/mo. Over the past year, rents increased by 10.1 percent, and vacancy is 6.4 percent, down from 7.9 percent y/y. More than 13,450 units delivered in the past 12 months, and another 30,384 are under construction. The median household income is $105,659, about 40 percent higher than the Virginia average.

Although the recession impacted the San Antonio apartment market, multifamily effective rent growth in the city still remains stable and nearly 15 percent above the national average.

San Antonio’s metro population is over 2.5 million and has grown by 1.31% percent in the last year. Demand for rental property in the market remains strong, with 37 percent of the 914,421 housing units renter occupied.

Vacancy rates have declined from 9.6 to 6.3 percent over the past year, driving effective rent prices up by 13.3 percent y/y. Multifamily rents are $1,157/mo., fitting into most households’ median income of $62,355. Nearly 11,000 units were absorbed over the last 12 months, with another 7,265 units currently under construction.

Fort Lauderdale as an 18-hour magnet city and a migration destination for both people and companies. Home to nearly 2 million residents, the metro area population has increased by over 10.6 percent since the most recent census.

Orlando is the only niche market to make the top 10 list from Emerging Trends. Although niche markets are generally smaller and less economically diverse, they have a dominant economic driver that supports growth, such as visitor and convention centers in the Orlando metro area.

Home to over 2.6 million residents, the population grew by nearly 1.4 percent over the past year. During the last 12 months, median household income increased by 5.6 percent to $61,875, while the job market grew by nearly 3.6 percent.