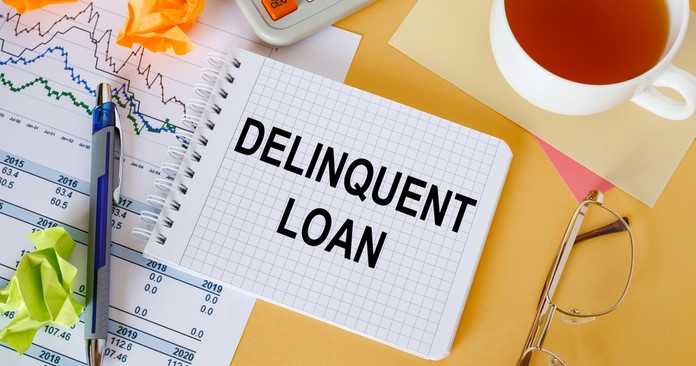 A pair of reports, one from Trepp and one from the Mortgage Bankers Association (MBA) indicate that delinquencies on loans on commercial property continue to decline from the elevated levels they reached early in the pandemic.

One point made in the MBA report is that the standards that these various lenders use in assessing whether to report a loan as delinquent vary widely. Therefore, the absolute delinquency rates reported by the different lenders are not directly comparable. With this in mind, the first chart, below, shows the relative delinquency rate history for the lenders covered in the MBA report. The data displayed is normalized so that the average quarterly delinquency rate for each of the lenders in 2018 is set to a value of 100. 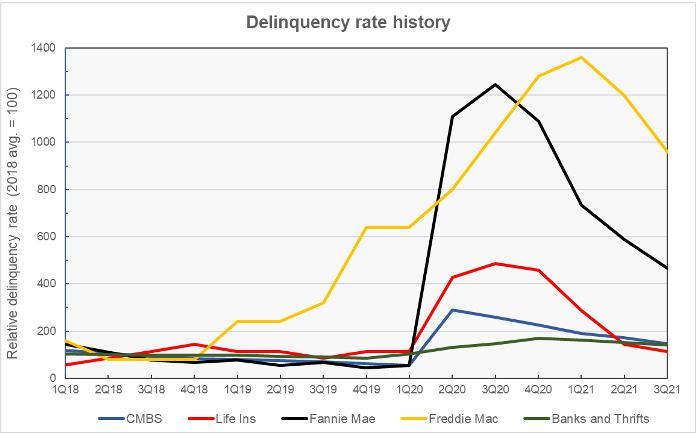 The Trepp report focuses on special servicing rates for the CBMS industry. The history of these rates over the past 12 years is shown in the next chart, below, which was taken from the Trepp report.