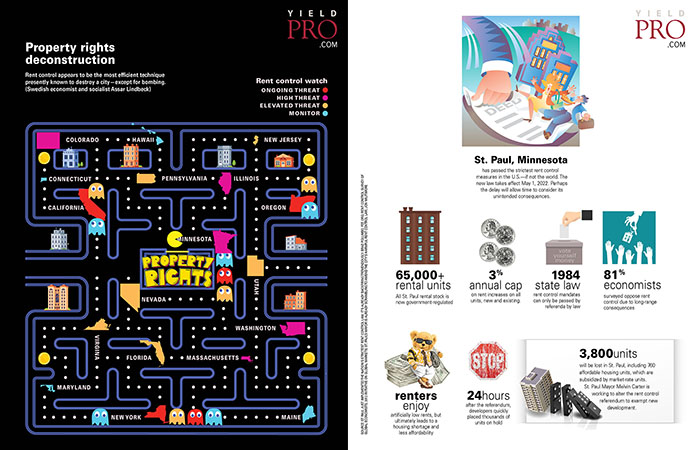 Rent control appears to be the most efficient technique presently known to destroy a city—except for bombing. (Swedish economist and socialist Assar Lindbeck)

has passed the strictest rent control measures in the U.S.—if not the world. The new law takes effect May 1, 2022. Perhaps the delay will allow time to consider its unintended consequences.

on rent increases on all units, new and existing.

rent control mandates can only be passed by referenda by law

artificially low rents, but ultimately leads to a housing shortage and less affordability

after the referendum, developers quickly placed thousands of units on hold

will be lost in St. Paul, including 760 affordable housing units, which are subsidized by market-rate units. St. Paul Mayor Melvin Carter is working to alter the rent control referendum to exempt new development. 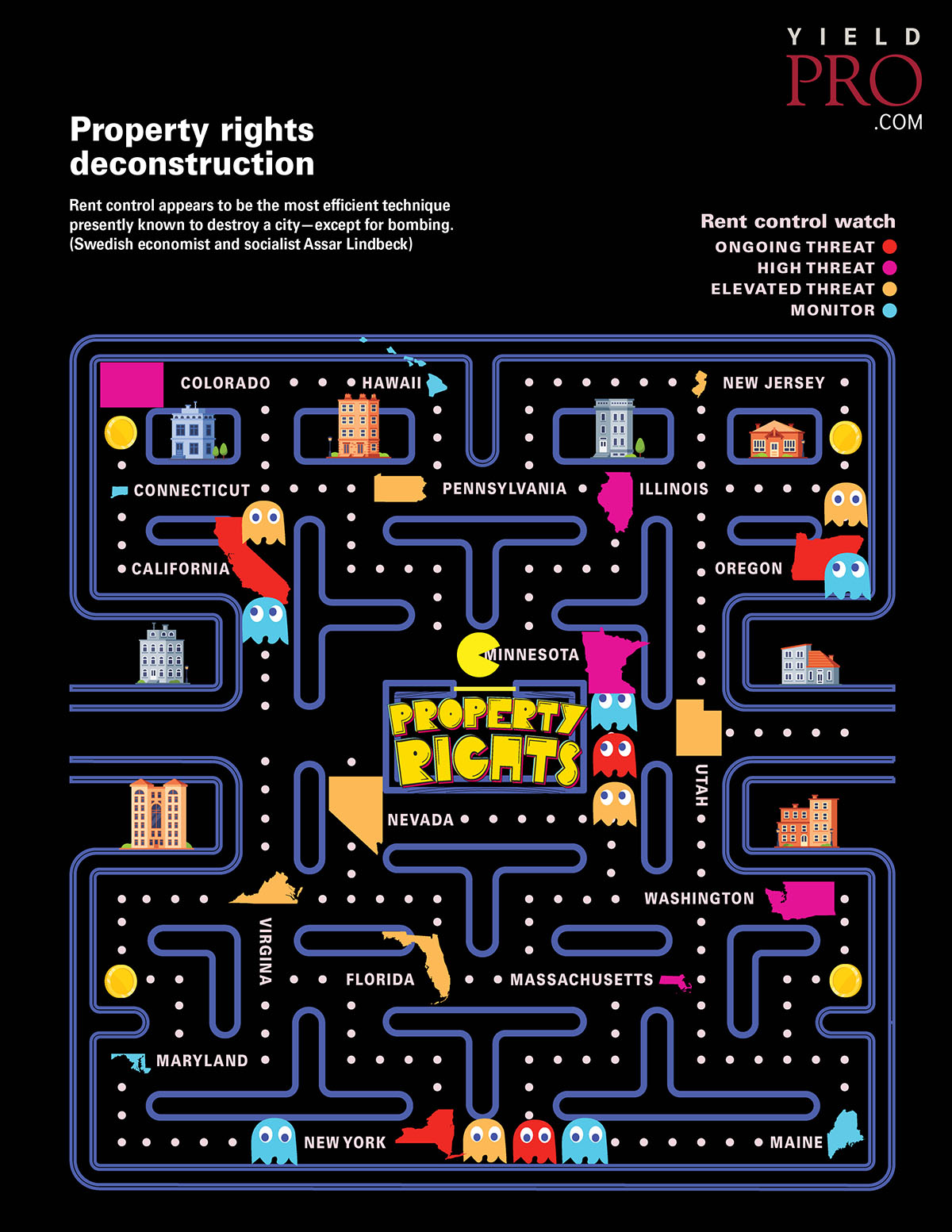 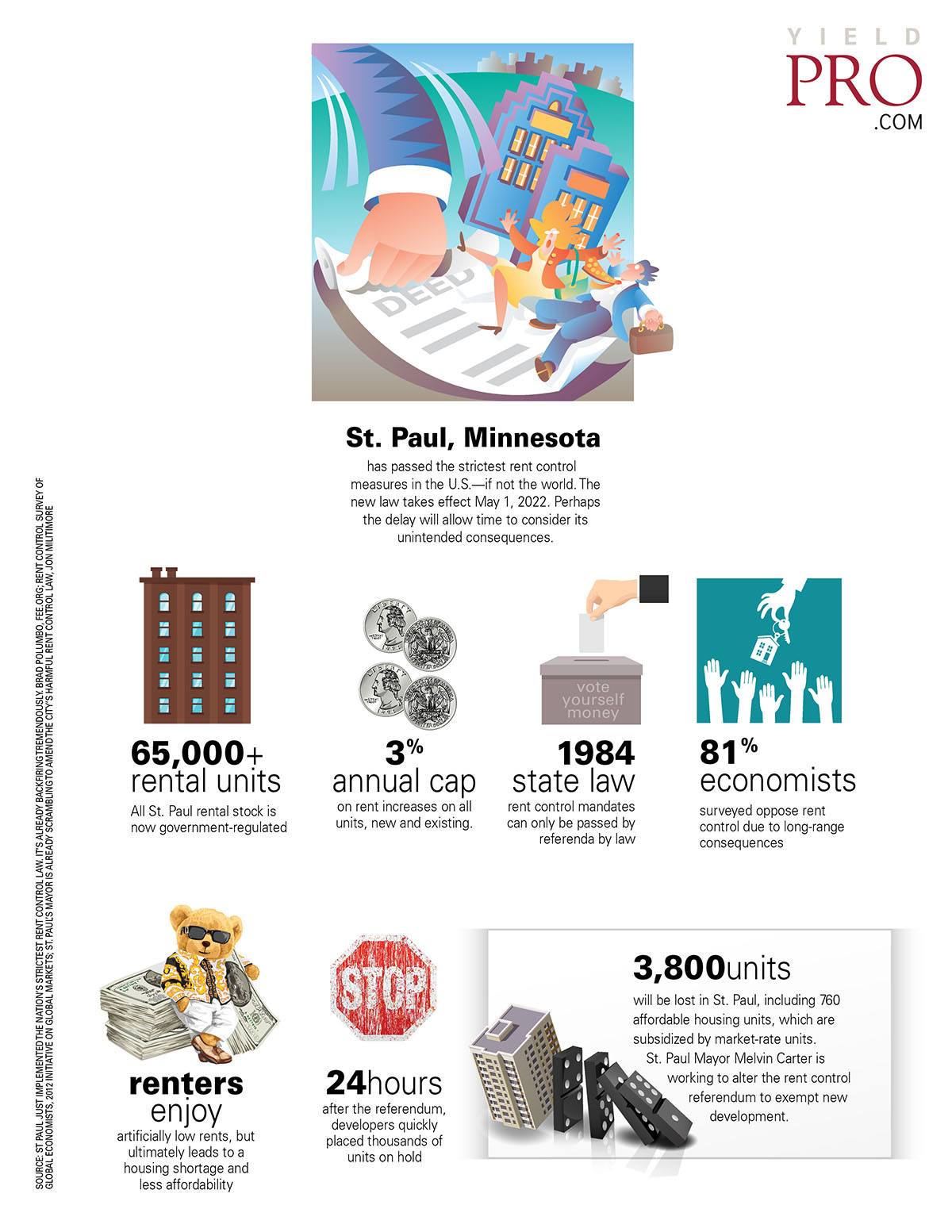