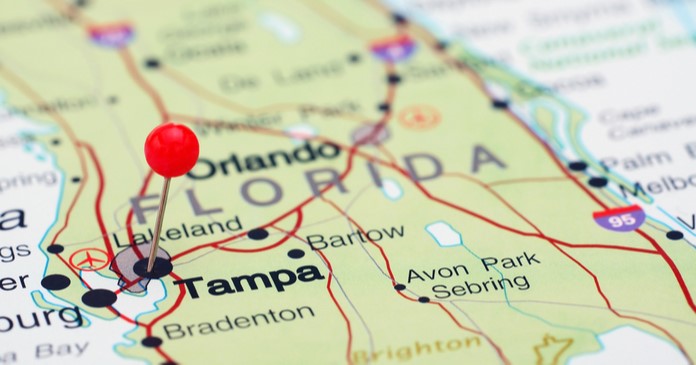 The latest rent report from Apartment List shows that the national average rent fell slightly in December, the only month-over-month rent decline in 2021. Nationally, rents fell 0.2 percent for the month while they were up 17.8 percent year-over-year. 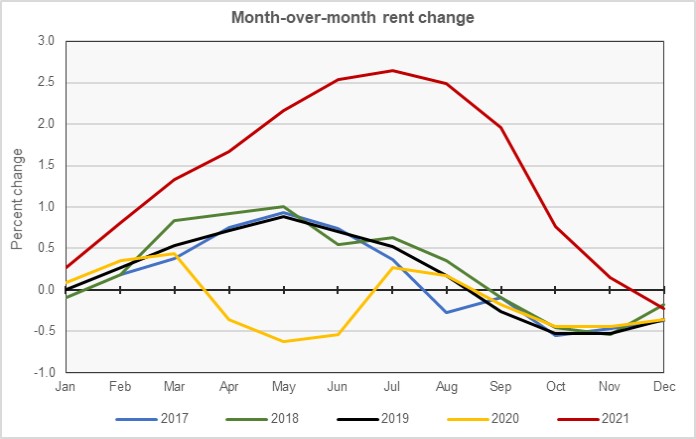 The chart shows that the national vacancy rate was a little over 6 percent just prior to the pandemic-related lockdowns of the economy. It jumped nearly one percent in a month, peaking at 7.1 percent in April 2020. This corresponds to the period in the first chart where monthly rent growth turned negative in the spring of 2020, an unusual event for that time of year.

Apartment List provides the underlying data they collected in compiling their report and that data was used to create the tables, below. The tables look at the 50 largest metropolitan statistical areas by population as defined by the US Census Bureau and identify the top and bottom 10 metros for year-over-year rent growth. The tables provide the average monthly rent in the metro, the annual percentage change in rent (YoY Metro) along with the percentage change from the prior month’s rent level (MoM Metro). They also list the percentage change in rent for the metro area compared to the rent level in February 2020, right before the pandemic struck (Feb 20).

The metros in the top 50 by population with the largest year-over-year rent increases are listed in the next table, below. Not only are rents up significantly over the last 12 months in these metros, they are also up significantly since February 2020. However, only four of the metros listed in this table experienced positive rent growth for the month of December.