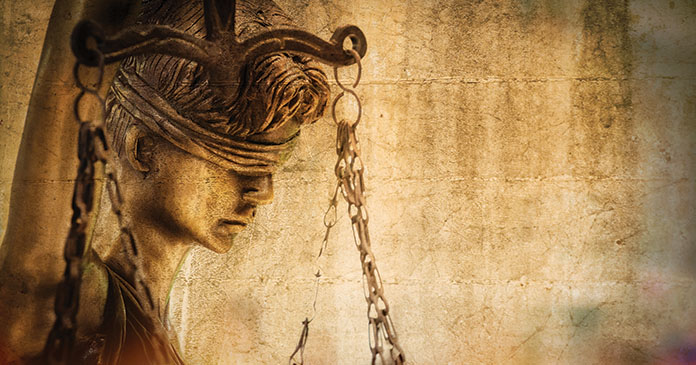 National Federation of Independent Businesses v. OSHA, rejected a Biden Administration effort to mandate vaccination or testing for COVID in workplaces with more than 100 employees. This effort―embodied in an Emergency Temporary Standard (ETS) promulgated by OSHA―was challenged before it went into effect by numerous businesses. Under the ETS, all employers of a certain size needed to either require all employees to be vaccinated or to require weekly testing and mandatory masking. Fully implemented, the ETS was expected to impact 84 million employees.

Biden v. Missouri, in turn, involved whether the U.S. Secretary of Health and Human Services acted within his authority in requiring Medicare and Medicaid facilities to require employees, who were not exempt for medical or religious reasons, to be vaccinated against COVID-19 in order to continue to receive spending dollars. The Court found that the Secretary has the authority to enact regulations “as may be necessary to the efficient administration of the functions with which [he] is charged.” It would be counterintuitive of effective administration for a “facility that is supposed to make people well to make them sick with COVID-19.” The U.S. Supreme Court’s two vaccine-mandate-related decisions impact employers and have significant public health implications.

Outside of the public health context, both decisions―National Federation of Independent Businesses v. Occupational Safety and Health Administration (OSHA) and Biden v. Missouri―provide significant guidance related to principles of administrative law, with which the regulated community will have to grapple in future policy challenges in federal court.

The decisions entail three key takeaways for the regulated community. These include: the judiciary rolling back deference traditionally afforded to the executive branch against a perceived emergency; that the judiciary is willing to permit the executive to condition spending to shape private-party behavior; and that courts can act with haste to resolve policy issues when called upon to do so.

Unwilling to defer to executive branch

Courts have historically deferred to the executive branch’s technical expertise when answering scientific questions. The National Federation decision illustrates that the Supreme Court will overturn agency technical decisions when these actions are perceived to exceed statutory grants of authority.

The Court highlighted two primary reasons why OSHA’s vaccine mandate exceeded its statutory grant of authority: first, OSHA is permitted to regulate “occupational” hazards, not “everyday” ones; and second, the OSHA vaccine mandate appeared to present a major question in terms of expansion of OSHA’s authority which had not explicitly been authorized by Congress.

OSHA was established in 1970 to protect workers against occupational hazards. The National Federation majority noted that COVID is a hazard faced by every American, and thus not an “occupational” hazard that fell under OSHA. While OSHA has promulgated many workplace safety standards including things like fire and sanitation regulations, it had never before issued a vaccine mandate.

OSHA’s power to regulate occupational dangers does not give it any mandate to regulate public health more broadly. The Court emphasized that OSHA can regulate COVID-related workplace risks, such as those faced by COVID researchers. Similarly, OSHA could regulate risks associated with working in crowded or cramped environments, which presumably could increase the risk of catching COVID. The Court majority assigned regulating public health as being in the province of Congress or the states (this point being made more explicitly in a three-justice concurrence).

The National Federation majority, then, hinged its decision on whether OSHA was permitted to resolve a “major question” like this by itself. The Court plainly accepted that it was “major:” OSHA’s workplace “vaccine or test mandate” was expected to impact 84 million Americans.

The National Federation indicated that “major questions” like whether a national vaccine mandate should be imposed were to be resolved by Congress and not the executive. A concurrence in National Federation—authored by Justice Gorsuch—notes:

Why does the major questions doctrine matter? It ensures that the national government’s power to make laws that govern us remains where… the Constitution says it belongs, with the people’s elected representatives. If administrative agencies seek to regulate the daily lives… of Americans… they must at least be able to trace that power to a clear grant of authority by Congress.

It is likely that the “major questions” doctrine may reappear this term in other cases, such as pending disputes over greenhouse gas regulation.

In contrast to the OSHA vaccine mandate addressed in National Federation, the vaccine mandate in Biden v. Missouri was upheld. The reason is simple: efforts by the executive branch to use spending to shape the behavior of regulated entities face less scrutiny than attempts to use police powers shared with the states.

The Biden v. Missouri majority rests its decision on the vaccine mandate more closely mirroring Medicare- and Medicaid-related past practice than the OSHA mandate. Accordingly, it was upheld because facilities that receive funding are often required to follow protocols to govern the “surveillance, prevention, and control of… infectious diseases.” The Court found that the vaccine mandate was a “straightforward and predictable example of the ‘health and safety’ regulations that Congress has authorized the Secretary to impose.”

Courts can act quickly when pressed

A final point underscored by these decisions is that courts can work quickly when pressed. Using the OSHA mandate as an example, President Biden announced the ETS on September 9, 2021; OSHA published the vaccine mandate on November 5, 2021; and the Court’s final decision overturning the OSHA mandate was issued on January 13, 2022―only four months and three days later after the rule was announced.