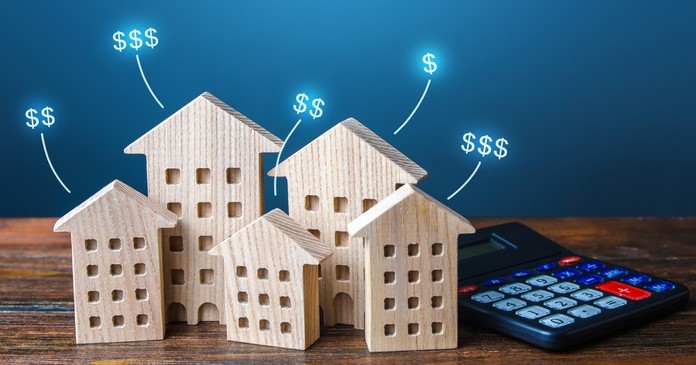 A new report from Real Capital Analytics (RCA) said that multifamily property prices rose 23.2 percent year-over-year in February and that they rose 1.7 percent from the month before. The annual rate of increase is another new high for the RCA data series which goes back to December 2000.

The 23.2 percent reported increase in the CPPI for apartments is considered a new record high for RCA’s data set. This extends the string of record high year-over-year appreciation in multifamily property prices to 6 months in a row.

Price appreciation in February for all commercial property as a single asset class was 0.8 percent month-over-month and 17.3 percent year-over-year.

Price appreciation for industrial properties was 1.9 percent for the month and 28.5 percent over the past 12 months, once again the highest rates of any commercial property type covered by RCA. Office buildings as a single property class experienced no price appreciation for the month but 10.3 percent price growth for the last 12 months. Suburban offices appreciated 10.1 percent year-over-year while office buildings within central business districts (CBDs) saw prices rise 4.7 percent over the prior 12 months, making them the worst performing commercial property sector that RCA tracks. 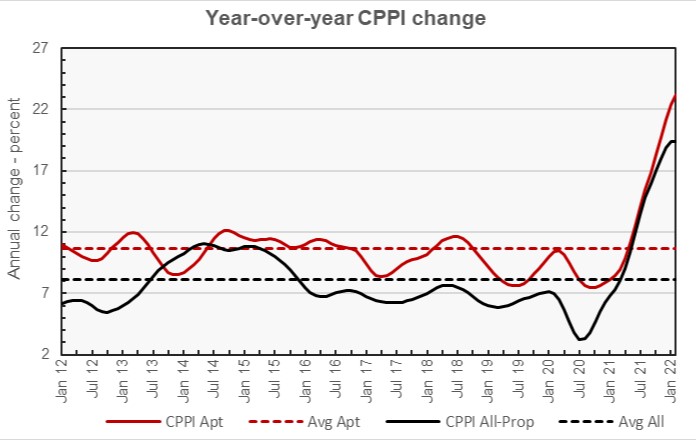 The next chart, below, plots the month-over-month change in the value of the CPPI since January 2012 for all commercial property as a single asset class and for apartments. The chart shows that the monthly rates of increases in the indexes have crested and are now declining. 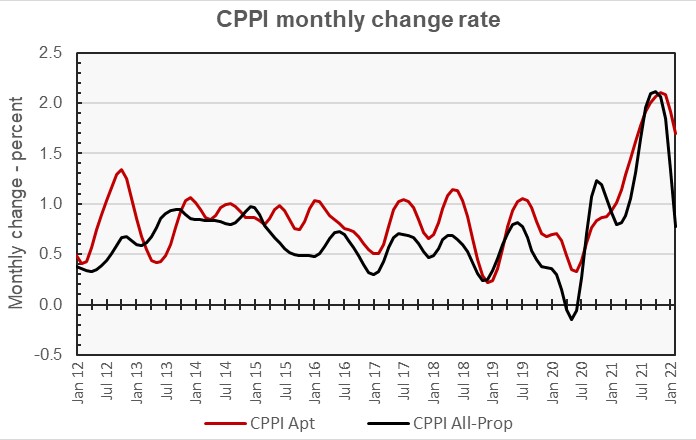 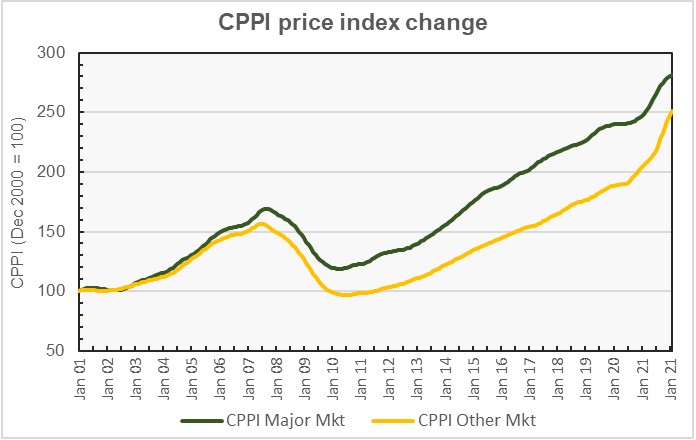