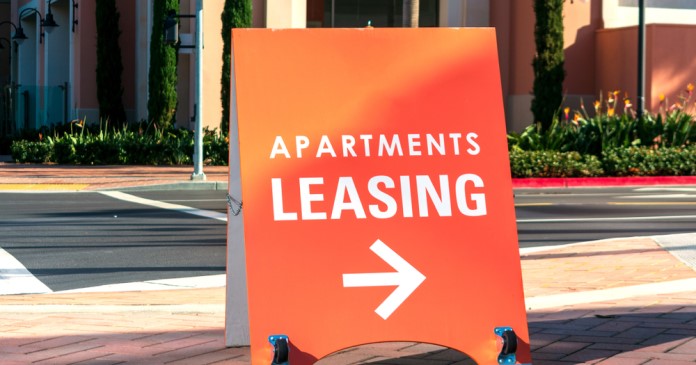 The first chart, below, shows the history of apartment vacancy rates plotted along with the national average apartment rent. It shows that the annual pattern of rents rising in the spring was interrupted in 2020 when the vacancy rate rose at the start of the pandemic. Rents surged when the vacancy rate fell in 2021 in response to businesses reopening and stimulus money flooding the economy. 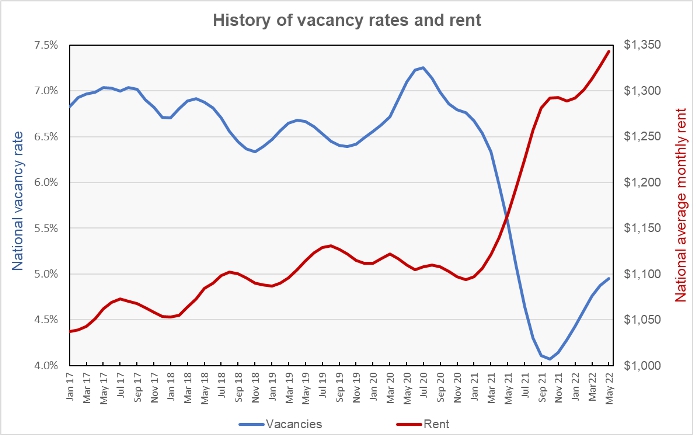 The next chart, below, shows the change in the national average apartment vacancy rate compared to the rate in January of the year. This chart should reveal seasonality in the data, if it exists. 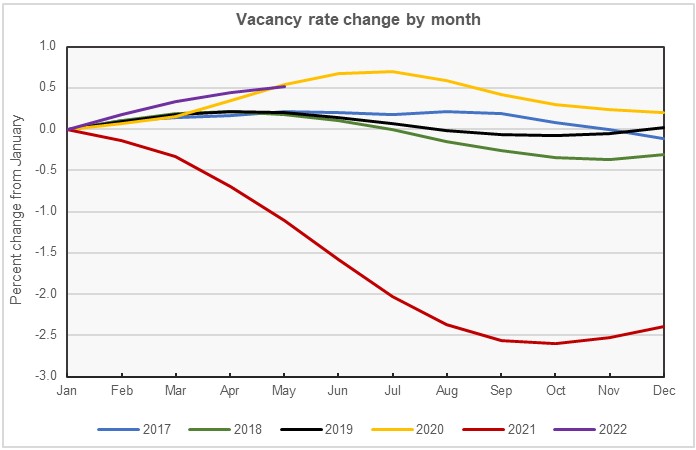 Apartment List provides the underlying data they collected in compiling their report and that data was used to create the tables, below. The tables look at the 52 metropolitan statistical areas defined by the US Census Bureau with populations over 1 million and identifies the metros with the top 10 and bottom 10 apartment vacancy rates. The tables provide the current vacancy rate in the metro (Vacancy), the vacancy rate one year ago (Year ago) and the vacancy rate in in February 2020, right before the pandemic struck (Feb 20).

The first table shows the 10 metros with the lowest apartment vacancy rates in May.

The next table shows the 10 metros with the highest current apartment vacancy rates.

The data described here is derived from the apartment properties with listings on the Apartment List website.