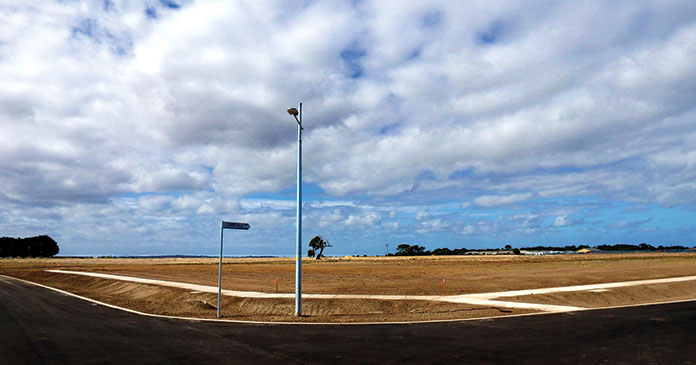 At one time or another, every politician—local, state, and federal—promises to help create “affordable housing.” The issue has become especially critical of late with rents and housing prices rising and higher interest rates making it more difficult to support a mortgage.

The Biden administration has responded with a five-point program. Some of its elements have merit, but from a practical standpoint, it isn’t likely to do much to make housing more affordable.

The problem with housing costs has indeed become more acute. According to realtor.com, rents on average nationally have risen some 17 percent over the past 12 months. The Case–Shiller home price index reports nearly a 20 percent rise over this time. Prices of construction materials have risen some 19.2 percent, and the cost of construction services has jumped some 18.1 percent. Mortgage rates were less than 3 percent a year ago; presently, they stand at about 5.5 percent.

The National Association of Realtors’ measure of home ownership affordability tracks a 9.3 percent drop over the past 12 months.

Against this adverse background, it’s certainly understandable that the White House wants to do something to ease the strain. Here are the five points of its program and the limitations of each.

President Joe Biden’s plan first looks at zoning and land use. It’s a good place to start. Zoning—such as strictures on multifamily units—often keeps housing prices high. Such impediments to construction have received much of the blame for astronomical home prices in places such as San Francisco and Berkeley, California.

Rent control in New York City and other cities across the country get the blame for why landlords resist refurbishing and expanding availability in existing structures and why residents continue to keep huge apartments off the market when they might otherwise downsize. Strictures against multiuse arrangements in existing buildings also have held back housing supply.

But if these are good places to look, there is little the federal government can do. Most such rules are made at the local level. Washington can’t simply order states and cities to change their laws, much less enforce them in different ways.

Meanwhile, local politicians face considerable resistance to change. Zoning changes frequently face opposition from existing residents. They reject high-rise buildings because they will change the nature of the neighborhood and hurt property values for those already in place.

Nor is it clear how the White House would implement the second and third points of its program: increasing financing options for non-traditional construction, such as manufactured housing, and improving coordination of multifamily housing financing programs. Much of this is outside Washington’s power to influence, especially in the absence of major legislation.

There are multifamily federal housing finance programs, and better coordination would undoubtedly help stimulate building. Still, such efforts would have to be robust enough to overcome the notorious tendency for Washington bureaucracies to move slowly and guard their prerogatives.

The final element in the White House plan would deal with shortages of labor and the high cost of building materials. The language here is vague. For example, it’s unclear how the White House plans to find more construction workers. There is no talk in the plan about subsidies and training. It does mention the promotion of modular and manufactured housing, as well as conducting research on labor-saving construction technologies.

But even if such an effort could come up with a good idea, it isn’t clear how Washington could get the nation’s highly fragmented construction industry to adopt it. On materials costs, one clear area where Washington could help is by allowing low-cost Canadian softwood into the country, but the plan is silent on that matter.

Affordable housing remains an urgent issue for millions of Americans, especially since housing is becoming less affordable by the week. If any of what the White House proposes does help, it would make little difference at best and certainly will take longer to have an effect than most would like.

Author Milton Ezrati is a contributing editor at The National Interest, an affiliate of the Center for the Study of Human Capital at the University at Buffalo (SUNY), and chief economist for Vested, a New York-based communications firm. Before joining Vested, he served as chief market strategist and economist for Lord, Abbett & Co. He also writes frequently for City Journal and blogs regularly for Forbes. His latest book is Thirty Tomorrows: The Next Three Decades of Globalization, Demographics, and How We Will Live.