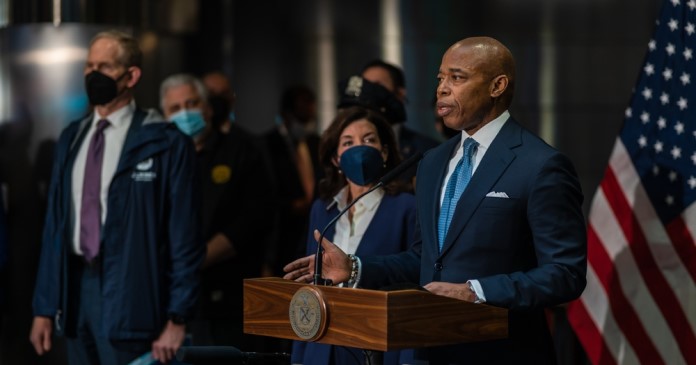 The administration of Mayor Eric Adams recently released a plan to address housing issues in New York City . It is called “Housing Our Neighbors: A Blueprint for Housing and Homelessness”. The document is nearly 100 pages long, so every aspect of the plan cannot be covered here. However, this article will attempt to discuss major parts of the plan that deal with rental housing.

The plan calls for the City to aggressively enforce laws against source of income discrimination. This is where landlords refuse to accept renters using vouchers or other forms of public assistance to pay their rent, or where landlords give preference to renters who do not use these sources for rent payment. Source of income discrimination has generally been illegal in New York City since 2008.

The City will step up its enforcement of its source of income rules, including by “testing”. This is where the City sends out people who pose as renters to see if they are treated differently by landlords depending on how they intend to pay their rent. The City pledges to “make an example of” landlords who discriminate.

The plan defines a number of aspirational approaches for increasing the supply of housing, but these are not defined in detail in the plan. For example, the plan states, “We will remove unnecessary barriers to development, embrace innovation in new building techniques, and streamline agency processes to seize upon technological advancements that can boost speed and efficiency.” This sounds positive, but how these changes are implemented will be key to whether they make a difference.

The plan calls for every neighborhood to share in the task of providing suitable and affordable housing to New Yorkers. It suggests that the city government will hold the neighborhoods accountable for doing so. How it would do this is not described.

The Mayor plans to: ”pursue a package of zoning and regulatory changes to encourage a wider range of unit sizes and housing types.” His plan posits that the City can encourage additional development by building housing and improving infrastructure and services in neighborhoods with “high needs.” It also plans to build affordable housing in neighborhoods throughout the City.

The Mayor intends to achieve his housing transformation while expanding opportunities for Minority and Woman-owned businesses and non-profit organizations.

The goals of Mayor Adams’ plan are certainly ambitious and wide-ranging. We will be following his progress to see if he is able to make significant improvements to housing in New York City.

The full plan is available here.