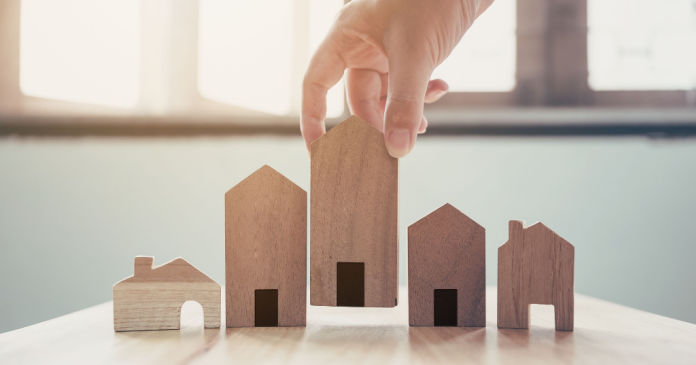 Price appreciation for industrial properties was 0.7 percent for the month and 16.9 percent over the past 12 months. Both of these rates of increase remain the highest of any major commercial property type covered in the report.

The first chart, below, plots the year-over-year changes in the values of the CPPI since January 2012 for all commercial property as a single asset class and for apartments. This chart shows the brief dip in year-over-year price growth in the early months of the pandemic and the huge surge in price growth that followed. 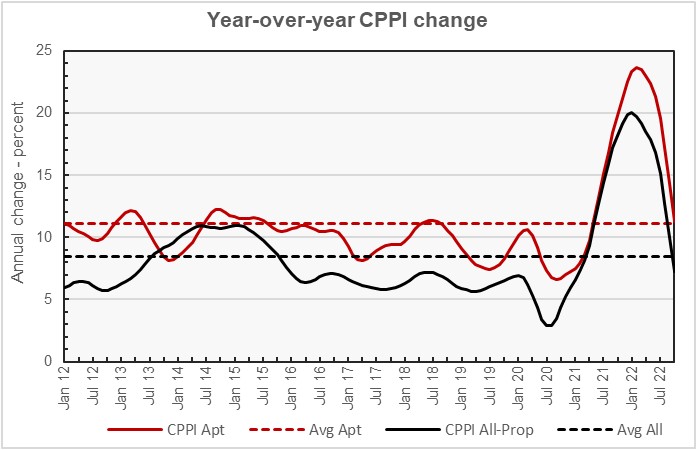 The next chart shows the month-over-month change in these two CPPI values since 2012. It shows more clearly how prices are falling. 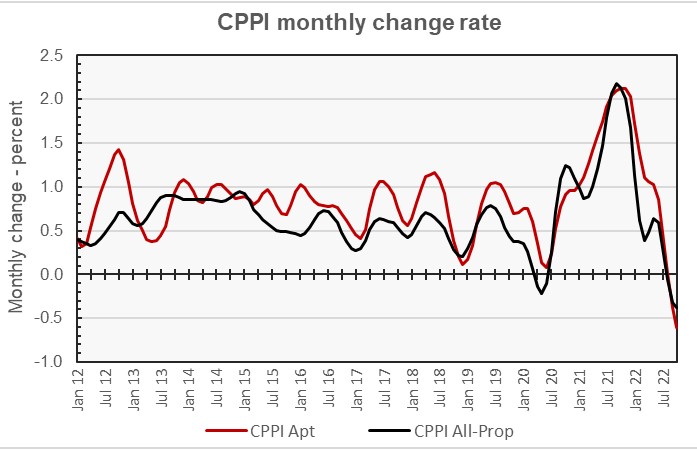 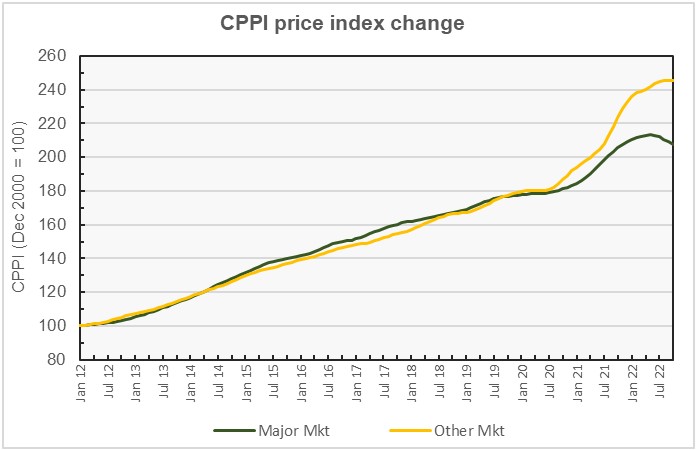 The final chart plots the history of the year-over-year change in the price indexes for the two property markets since January 2012 along with the average rates of price appreciation for the two market segments for the period between January 2012 and December 2019. The latter two lines are nearly coincident. 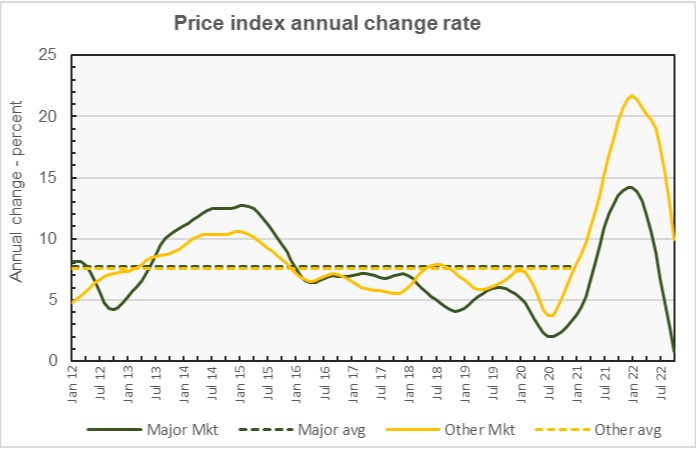