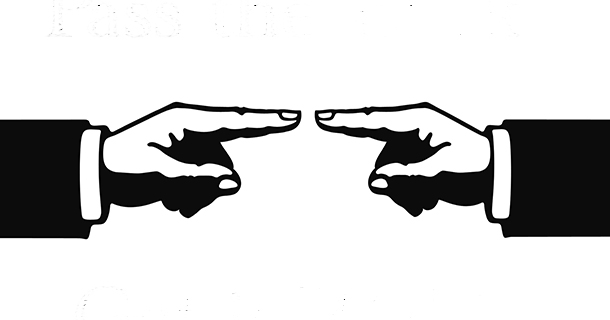 Most leaders know not to act like the boss in the FedEx ad. But few think carefully enough about all the ways in which credit (an extremely powerful motivator) and blame (a potential motivation killer) are apportioned in their teams. Here are a few rules designed to help you do it better:

Give credit where credit is due
It sounds obvious but it doesn’t always happen. Especially in highly political and hierarchical organizations, people often get credit based on their power, not their actual contributions. As a boss it’s your job to change that-not just in private meetings or conversations, but in public. Look closely at your team or organization to identify the biases that cause some people’s work or ideas to be overvalued or undervalued. Then make sure that the right people are getting the right credit for the right reasons at the right time.

Credit team members for crediting one another
Good leaders incentivize their team mem- bers to acknowledge and appreciate others’ contributions. This “expansion” of credit enhances team cohesion and trust, promoting more and better collaboration. You can symbolically and substantively reward people who credit each other, for example by saying something as simple as, “Thanks for sharing the spotlight on that project, Jan,” or by including credit-sharing as a metric of good work behavior in formal reviews. You should also withhold rewards from those who demonstrate “teflon” tendencies, taking too much undue credit themselves and reflexively deflecting blame onto others.

Avoid the temptation to blame
When setbacks occur, it’s natural to look for a scapegoat or a rationalization. But this diminishes your team’s social capital. You should instead give everyone (even those outside your team) the benefit of the doubt and consider all the complex factors that may have directly or indirectly contributed to poor performance or bad outcomes. This is how you start working constructively to address the problems. Encourage your team members to do the same by reminding them of their long-term shared interests and goals.

As a leader, you need to pay more attention to the allocation of credit and blame to individuals so-perhaps paradoxically- your team pays less attention to it. If you do, they’ll start performing in a way that is more collectively creditworthy.

In one executive team I worked with, a hierarchical culture meant that people were being recognized for their status and power, rather than their performance. Junior members were particularly frustrated by the CEO’s approach to meetings: instead of prioritizing agenda items according to urgency or importance, he did it by speaker seniority so the most senior executives always presented first.

Once this was brought to his attention, however, the CEO agreed to change. He made the meetings more flexible, with a rotating team member facilitating and compiling agendas based on the team’s collective priorities. This set a precedent. As junior executives got more “air time,” they had more opportunities to set priorities and to get more credit for their contributions. Everyone agreed this was a positive development- increasing the level of trust between team members and improving their ability to achieve joint goals.