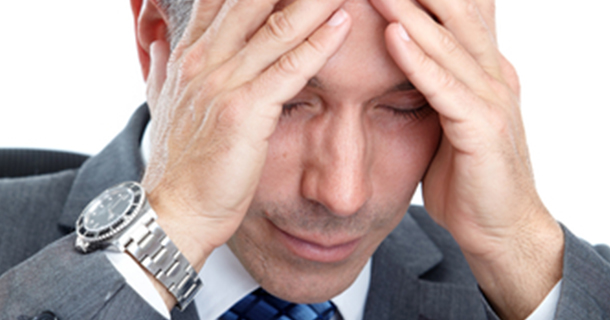 After undergoing a mastectomy and chemotherapy, and relieved to be cancerfree, she received another devastating blow: losing her job as managing director of a Wall Street firm, as well as the insurance that came along with it.

And if things couldn’t get worse, Kevin, who was healthy again, was diagnosed with stage 3B malignant melanoma and given a 20 to 30 percent chance of survival. A year later, Joyce was diagnosed again with breast cancer, this time, it was stage 4. The doctors told her there was nothing they could do to save her life.

“Initially, it is like you are getting knocked down so hard that you can barely function,” she said. Yet she knew there was more that she was meant to do in life, and most importantly, she needed to stay alive for her daughter. “My feeling was that if I leave her, her light is going to go out.”

Today, Joyce and Kevin are healthy and cancer-free, a feat she credits to biological medicine and holistic living. With her determination to defy the odds, Joyce says her ability to focus on her goals and utilize her worth ethic, faith, and a belief that she could figure anything out was what got her through. “I always had an ‘it can be done attitude,’ she said.

Life will inevitably throw you some curve balls, but how you deal with them can make all the difference.

Take five
When you get caught up in a continuous loop of stressful thinking, it can be difficult to think logically, according to Karol Ward, author of Worried Sick: Break Free from Chronic Worry to Achieve Mental and Physical Health. But if you make time each day to calm your mind, it helps to temporarily disrupt your thought process and improve your overall well-being. “Whatever you need to do physically, mentally, emotionally, or even spiritually to stabilize is the top priority,” she said. And just five minutes of deep breathing, prayer, rest, exercise, even watching television, can make a significant difference in how you feel.

Go proactive
If you can temporarily put your emotions aside and focus on the solutions, you’ll be able to think clearly and feel more positive and in control of your situation. “Not everything has to be done right away. It feels like it, but don’t be fooled by how you feel,” said Dr. LeslieBeth Wish, psychologist.

By making a list of what you must do, ranking them in order of urgency, and deciding what you can exclude, you’ll have the necessary perspective to feel less stressed.

Ask for help
When you’re overwhelmed, enlisting the help of family members friends, and even neighbors is vital. “The thing that people really need to carve out when they’re stressed is the time and the space to get grounded or calm,” according to Ward.

So identify what you need help with: making phone calls, research, errands, help caring for your child, or even just a few minutes to take a shower, and ask for help.

Summon up your strength
When times are tough, it can be pretty hard to see the light at the end of the tunnel, but it is possible. Ward suggests to think about difficult past events or situations and remind yourself that you were able to move past them. Think about your inherent strengths that got you through it and how you can use them again. Even if your current situation seems so much more difficult, you have the power to pull through once again.

Fake it
Studies show that optimists are more equipped to deal with stress than their pessimistic peers and even if you pretend you’re optimistic, “you can eventually kick start your brain into believing it,” Wish said. And just because you feel sad, angry, or frustrated now, doesn’t mean you’ll feel that way next month, next year, or the rest of your life. If you’re worrying about past-due bills, for example, and you tell yourself that taking a walk isn’t going to help you feel better, go for the walk anyway. “When we’re in it, we don’t believe it. So we just have to remember that for the first five or ten minutes, it’s ok to doubt it and then things start to change,” Ward said.