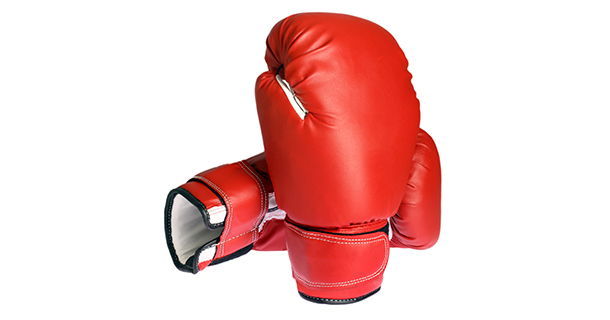 Assertiveness gets a bad rap when people equate it with being pushy and annoying. But that shouldn’t stop you from learning to apply it productively (that is-in service to your strengths). More harm is done when people aren’t assertive enough than by being too assertive. At least you know what pushy people think, but those who don’t assert themselves can be keeping vital ideas hidden and useless when they don’t speak up or speak too softly. So I’d assert that when you are able to balance this critical skill with your other leadership abilities, you greatly amplify your power and impact.

Here are specific ways in which assertiveness complements a wide range of the critical leadership skills you may already have:

Creating a culture of innovation
A couple of years ago I conducted a study to determine the characteristics of the most innovative leaders in one of the largest companies in the world. One of their most powerful traits, their peers and direct reports told me, was their ability to push back on the hierarchy. These leaders were by no means rebels; rather, they were perceived to be fearless. Coupling assertiveness with their ability to foster innovation enabled them to take on difficult issues-to fight for resources for new projects or openly disagree with more senior managers about policy changes that could have severe unintended consequences. Being challenged required people to think more deeply to justify a course of action, which frequently produced much better ideas.

Being customer focused
We typically think of service or business development professionals as being good at, and focused on, building relationships. But the most successful sales professionals, as Matthew Dixon and Brent Adamson point out in their blog and their book, The Challenger Sale, are not the ones who build relationships. They’re the ones who push back, challenging their clients to see problems they hadn’t anticipated. Essentially, Dixon and Adamson’s research finds, assertiveness creates more value for clients than conciliatory relationship building does.

Fostering teamwork and collaboration
It might seem like assertiveness has little to do with the skills you need to be a team player. But teams thrive when their members are able to express their not-alwayspopular points of view. Excellent team players (who generally are already inclusive and able to defer to others) would improve considerably by learning when to assert such views. And team leaders who are assertive in creating a safe environment for less-popular opinions will make their teams all the stronger by increasing all team members’ ability to participate fully.

Leading change
Constructive change rarely happens passively. Change requires the leaders to challenge the status quo and find new ways of doing things to further organizational goals. It’s nearly impossible to lead change without some measure of assertiveness because in most cases, even when change is generally viewed as positive, some kind of resistance still needs to be addressed.

Acting with integrity
There are plenty of highly principled people who are too timid to speak up in meetings- to question a decision that appears to violate a corporate value or is otherwise not in the best interests of the organization. Assertiveness doesn’t cause honesty or viceversa, but when the two operate together they give people the courage not only to know what is right but to stand up for it as well.

Creating a safe environment
This might seem self-evident-there are times when it’s vital to speak up in the face of danger. And yet there are so many times when people don’t, even in cases of life and death. The National Transportation Safety Board, for instance, has traced the cause of some plane crashes to co-pilots who were so deferential to their pilot in an emergency that they made suggestions too subtly. While most of us are not faced with life or death decisions each day, plenty of leaders are responsible for the safety of those they lead.

Communicating effectively
Assertiveness adds power and conviction to a message and enables a leader’s voice to be heard. You can clearly tell the difference between a message communicated with passion and vigor as a leader asserts his or her point of view, and one that lacks the energy of conviction. Assertive leaders also tend to communicate more often, as their passion leads them to capitalize on every opportunity they can find to deliver a message.

Many leaders (though certainly not all) struggle with being assertive enough, whether through self-doubt, a lack of confidence, a fear of not being liked, or a host of other reasons. Most people who know me personally would probably say that I possess a reasonably strong level of assertiveness. Yet there are times (like when I’m with people whom I admire or whose opinion is particularly important to me) that I become relatively timid and less likely to assert my point of view. Ironically, when I review those situations, I recognize that they may be some of the most important times for me to speak up.