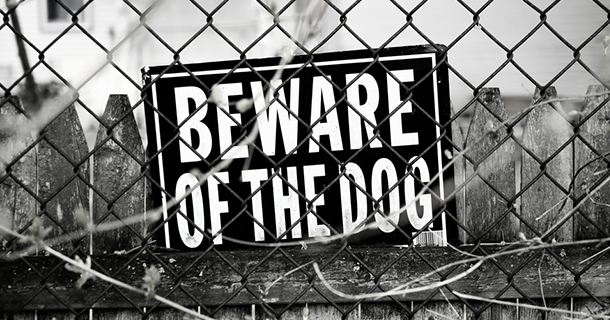 Under the new ruling by the Appeals Court, merely showing that the owner of the dog or the landlord of the property knew the dog is at least part pit bull is sufficient to file a claim, according to an April 27, 2012, report by the Baltimore Sun.

“It is no longer necessary to prove that the particular pit bull or pit bulls are dangerous,” the court ruled. The decision is in response to a Baltimore County Circuit Court decision in the case of 10-year-old Dominic Solesky, who was attacked by a neighbor’s pit bill in 2007. Dominic’s plight was so tragic that it led several local governments to reconsider the laws governing pit bulls. The animals are banned in Prince George’s County.

After the attack, Dominic’s family sued the dog owner’s landlord, Dorothy M. Tracey. The Circuit Court judge threw out the claim, ruling there was no evidence that Tracey had been negligent. The Court of Special Appeals overturned the judge’s decision, and the Court of Appeals affirmed that ruling. The case will now go back to trial.

Kevin A. Dunne, attorney for the Solesky family, told the Baltimore Sun that “the Court of Appeals decision will likely cause there to be fewer pit bull maulings of the citizens of the state of Maryland.”

Dunne made it clear that the high court’s decision “didn’t say pit bulls are banned. It makes the owner of the dog financially responsible for the injuries caused. It affects you if your dog hurts somebody else.”

Denver Assistant City Attorney Kory Nelson writes: “For the first time, a state’s highest court has ruled that a landlord can be held civilly liable for damages caused by their tenant’s pit bull, regardless of whether the pit bull had a known prior history of attacks or aggressive behaviors. With this landmark decision from the Maryland Court of Appeals, attorneys can now legitimately pursue similar lawsuits against landlords in other states urging their states to adopt the reasoning in the Maryland decision.”

In a recent Northern California law, landlord liability was also increased. On April 10, the San Luis Obispo County Board of Supervisors approved a new “aggressive and menacing” dog-behavior law which includes the requirement for preventive measures to control animals considered potentially a danger, before they attack other animals or humans. Landlords are also held responsible for tenants’ failure to curb menacing or aggressive behavior of pets or to properly confine them, under the new law.