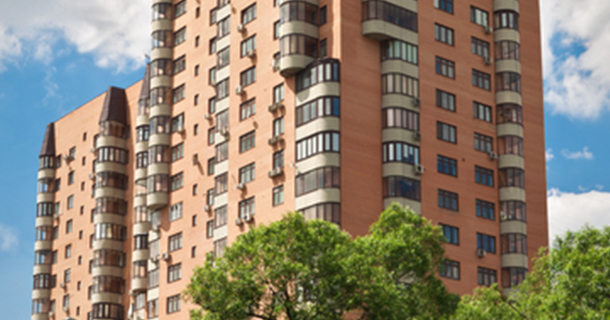 Through his publicly-traded Starwood Property Trust Inc., Sternlicht has been buying foreclosed homes to rent as he waits for greater price appreciation. Through his private equity firm Starwood Capital, he also has been actively acquiring apartment properties since the beginning of 2010 to capture the growth in rental demand, said Chris Graham, a managing director of Starwood Capital, based in Greenwich, Conn.

In May and June, Starwood Property acquired 252 foreclosed houses for $27.3 million, according to a regulatory filing. Starwood Capital also acquired about 18,000 lots for developing single-family homes from 2008 to 2011 as prices bottomed out, said Graham.

“You can buy homes now, perfectly reasonable, solid homes, at significant discounts to replacement costs, on the order of 30 to 40 percent less,” Graham said in a telephone interview. “We’ve always liked apartments. We like the stability, we like the cash flow and we like the ability to add value. I’m not suggesting the apartment market is going to go into decline. I just think it’s going to slow down.”

Apartment occupancies rose in Q3 at the slowest pace in more than two years as record low mortgage rates in the U.S. spur would-be renters to buy homes instead.

Multifamily vacancies fell to 4.6 percent in September from 4.7 percent in Q2, Reis Inc. said. The decline was the smallest since the apartment recovery began in early 2010, and landlords leased fewer units on a net basis than during Q1 and Q2, according to the N.Y.-based research firm.

“We are starting to lose renters to home purchase,” said Matthew Gardner, principal of Seattle-based Gardner Economics LLC, a land use, real estate and economic advisory company. “As every rental project is increasing its rents and has been for a long time, ultimately it gets to the point where owning becomes cheaper than renting.”

“Low mortgage rates have not prompted many households to buy homes, given expectations that home prices will remain flat, but that trend might finally be shifting,” said Victor Calanog, head of research and economics for Reis. “Single-family rentals also appear to be on the rise. All of these depress demand for apartment rentals.”

U.S. mortgage rates fell to record lows in September as the Fed resumed purchases of mortgage-backed securities. The average rate for a 30-year fixed loan fell to 3.4 percent in the week ending Sept. 2, from 3.49 percent the prior week, according to McLean, Va.-based mortgage finance company Freddie Mac. It was the lowest rate in data going back to 1971.

The median price of all home sales in August was $256,900, up 17 percent from a year earlier, according to the Commerce Department. The increase was the biggest since December 2004, and an 11 percent gain from July was the largest month-over-month gain in records going back to 1963.

Prime years
The growing pool of young adults entering their prime apartment-renting years, generally 20 to 34, along with the U.S. housing collapse and a paucity of new apartment buildings had lured investors to multifamily properties, driving prices of apartment buildings to record highs as single-family home prices languished.

Apartment landlords’ asking and effective rents rose at a marginally slower rate in Q3, Reis said. Asking rents climbed 0.8 percent from Q2, and effective rents-how much tenants pay after such incentives as a free month-gained 0.9 percent.

New supply remained muted last quarter, with 13,531 apartment units coming online, little changed from the 13,370 units added in the second quarter. The pace of new construction through three quarters of this year shows it’s picking up, toward an annualized total of 48,900 units, up from 41,900 units in 2011, according to Reis data.

Veritable avalanche
“Demand for apartments still clearly outstrips supply growth,” said Calanog, Reis’s research director. “There is cause for concern in the near term that demand is abating for multifamily, just as a veritable avalanche of new projects begins to open their doors early next year.”

Apartment construction in the U.S. is rebounding from a 50-year low in 2009, according to Census Bureau data, as developers race to fulfill demand.

“Apartments have been under-supplied over the last three years,” said Graham of Starwood Capital. That’s “led to significant increases in performance.”

U.S. development this year will be almost one-third less than the 10-year annual average, Graham said.

Apartment purchases
Starwood Capital owns about 20,000 apart – ments in the U.S., including about 12,000 units it bought in the past five months, mainly through the May acquisition of PJ Finance Co. out of bankruptcy with Gaia Real Estate, Graham said.

Sternlicht is chairman and CEO of Starwood Capital, which he founded in 1991 when many real estate investors bought discounted loans from the Resolution Trust Corp., the government agency formed to liquidate insolvent thrifts that speculated on property in the late 1980s. Sternlicht sold some of the apartments he bought to billionaire Sam Zell’s Equity Residential and was the second-largest shareholder in that apartment REIT when it went public in 1993. Equity is now the largest U.S. apartment REIT by market value.

During the past 20 years, Sternlicht has structured investments with an asset value of more than $40 billion. From 1995 to 2005, Sternlicht was chairman and CEO of Starwood Hotels & Resorts Worldwide Inc., creating the W hotel chain and the Westin “Heavenly Bed.”

Apartment-building landlords have benefited from rents and net operating incomes rising about 7 percent to 8 percent a year since 2010. That might be poised to slow in light of meager job growth and new supply.

“What’s happened in apartments the last three years has been great and we’ve seen that in our portfolio, as well,” Graham said. “The only thing that could make that continue is if tremendous job growth kicked in.”

Reis estimates apartment vacancies probably will decline further this quarter while staying above 4 percent. Benefiting apartment owners are the numerous obstacles to homebuying that remain for many people, said Gardner, the real estate consultant.

“Can they qualify for a mortgage, can they afford a down payment?” Gardner said. “Are we losing more people to homeownership than we have coming into the workforce? No, probably not yet. However, if rates stay down as we now anticipate, as the Federal Reserve keeps buying mortgages, then I think it’s likely.”