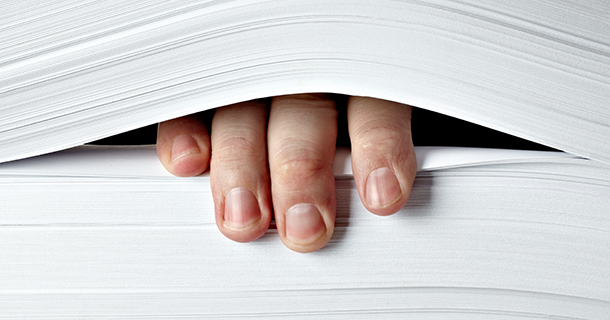 Eda Kalkay had everything she needed to walk down the aisle. But she is such a “workaholic” that she worked on her wedding day and then tried to tuck her smart phone into her dress so she didn’t miss a call or email!

“My wedding planner removed it. I’m glad he did, but I probably would have been more secure with it with me,” Kalkay said.

Kalkay characterizes herself as an “engaged workaholic.” It’s a new term for people who work long hours, not because they’re driven by unhealthy compulsion, but because they love their jobs and want to stay ahead.

“The economy today is really adding an entirely new level of pressure to the workforce,” she said.

So are you a workaholic?

Researchers developed a new scale to help you figure it out. Some of the questions include:

How often do you hear others tell you to cut down on work?

How often do you become stressed if you aren’t working?

How often do you think of how you can free up more time to work?

How often do you spend less time enjoying leisure activities because of work?

If you answered “often” to many of those questions, you could be a workaholic.

Dr. Lombardo says she’s seeing a lot more patients who are stressed about work and blames the economy.

“There’s this perception that if I lose my job, I’m never going to get a job again. That makes people more of a workaholic,” she said.

But some experts say the constant connectivity of smart phones is causing more people to become workaholics because they can’t fully escape work.

The days of working 9 to 5, and separating work and family life are long gone.

“I think it’s more like work-life integration, because the two bleed into each other,” employee consultant Ron Ashkenas said.

Business owner Michael Monette is up before dawn each day, embracing the new norm of blending work, family and personal activities. He rejects the label workaholic,saying he’s a “lifeaholic.”

“I mean, is it work when you’re doing the things that provide a living for so many people, for your own family, their future?” Monette said.

Lombardo says however you juggle this new “working world,” make time to fully focus on what’s important to you outside of the office.

“We’re constantly multitasking and we think that’s OK. The problem is it takes us away from truly enjoying those experiences that we’re having, like getting married,” Dr. Lombard said.

Some companies are beginning to recognize the extra stress that comes with being constantly connected. Some are now enforcing downtime, where employees have no contact with the office during certain nights or vacations.