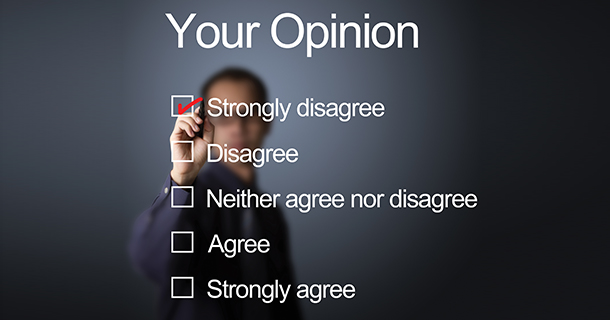 But lately, Gallup’s name has been tarnished by a whistle-blower lawsuit and a suspension from winning federal contracts.

Gallup’s roots stretch back to 1922, when its founder, George Gallup, was a college junior. He got a summer job interviewing people in St. Louis.

“My assignment was to find out by going house to house-what newspapers people were taking and what they read in those newspapers, what they liked,” Gallup recalled for a program on the “Giants of Advertising.”

Gallup thought there was a better way of asking those questions. His innovations became pillars of the polling industry.

“He was a pioneer and he was ethical,” says Cliff Zukin, a professor of public policy and political science at Rutgers University. “You know, he did it right. And he made money, but he also contributed to the methodology.”

Gallup after the Gallup family
Gallup and his family owned the company for most of its history, serving as its public face at events such as the People’s Choice Awards, where comedian Ray Romano once gave Gallup’s son, George Jr., this shout-out:

“I got to tell you, though, folks, if you ever get a chance, catch George live,” Romano deadpanned. “‘Cause, oh, it’s an event. The smoke and the groupies: ‘Poll me! Poll me!'”

The Gallup family sold the business about 25 years ago. Today, Zukin says, Gallup is basically a market research company that happens to conduct some public polls.

For the last two presidential election cycles, some of Gallup’s polls have skewed overly Republican, a little further from the mainstream. New rivals have appeared on the scene to claim some of Gallup’s glory.

Then came a whistle-blower lawsuit that was filed by a former employee, Michael Lindley, and eventually joined by the U.S. Justice Department.

“The law that this lawsuit is brought under by the government and by Michael Lindley, my client, is the False Claims Act,” David Marshall, a lawyer for Lindley, told NPR last November. “It’s a 150-year-old law that prohibits defrauding the U.S. government in connection with contracts.”

Legal trouble
The lawsuit accuses Gallup of overcharging the U.S. Mint and the State Department for research about public demand for new coins and American passports. The Justice Department complaint says Gallup billed the federal government for work it never performed.

“This is a company that has branded itself and has caused the American people to believe that it is the most trusted name in polling,” Marshall told NPR last year. “But as this lawsuit shows the company was involved in fraud against the U.S. government, against the taxpayers.”

Lawyers for Gallup and the Justice Department met this week to discuss a possible settlement of the case. Court documents signed by both sides indicate they “may be close to resolving this matter.”

Meanwhile, Gallup’s fighting on another front, too. For the time being, the company has been suspended from winning any new federal contracts. The Federal Emergency Management Agency says it has evidence “indicating a lack of business honesty or integrity.”

In January, Timothy Cannon, a former FEMA official who was set to go work for Gallup, pleaded guilty to a criminal conflict-of-interest charge for steering more than $1 million in work to the company before he left government.

Federal prosecutors built the case with several emails from Cannon and Gallup executives. Cannon is due to be sentenced in April. His lawyer, David Schertler, says Cannon “is looking forward to putting this matter behind him.”

Kruse, Gallup’s lawyer, said in an email that the temporary suspension is “a normal course of business procedure for the government when allegations arise, even those which are not yet proven in a court of law.” Kruse says Gallup is meeting with authorities to resolve the situation, and he’s hopeful the suspension will be lifted soon. Gallup has hired an outside contractor, Debarment Solutions Institute, to evaluate its policies and procedures.

“You do not know what you have till you get in and look at it,” says Debarment CEO Bob Meunier. “The government is the one that holds the cards.”