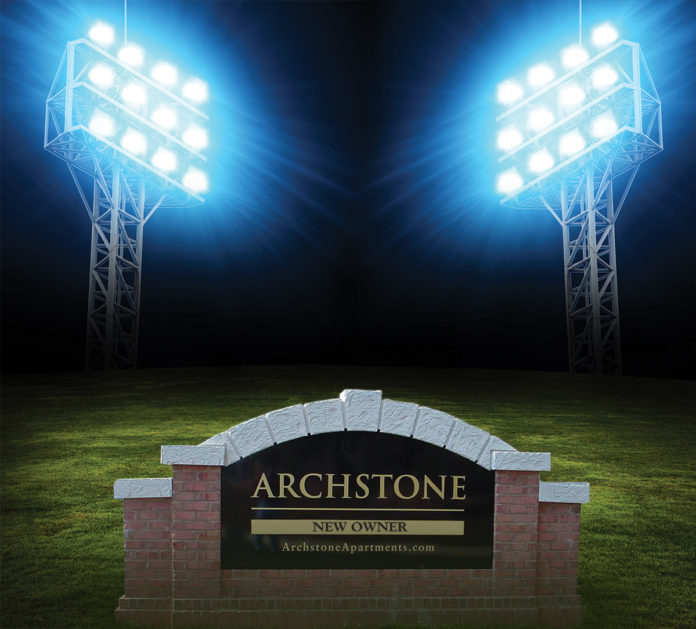 Underperformance of apartment REIT shares was a major impetus behind the defunct investment bank’s decision to sell Archstone in a private sale to competitors Equity Residential (EQR) and AvalonBay (AVB) rather than in a previously planned public IPO that would have been the largest ever for a U.S. commercial REIT and the largest IPO since Facebook went public last year.

If the IPO had been executed, Archstone would have become the third largest apartment REIT in the nation.

By year-end 2012, apartment REIT stocks fell 13 percent from their high in July 2012. Compared to 15.2 percent returns for all U.S. equity REITs from the beginning of 2012 to November of last year, apartment REITs posted returns of 1.32 percent, according to NAREIT’s U.S. Real Estate Index.

The expected IPO itself was partly to blame for the weakening of the market.

“I think market participants were worried about where investors were going to get the dry powder to participate in the IPO and, if they going to have to sell shares of the existing apartment REITs to raise cash? So, rumblings of the Archstone IPO were actually making it more difficult for that IPO to happen. It was kind of circular,” said Green Street Advisors analyst Andrew McCulloch.

But, the slump can be blamed on a number of other factors, as well. “One, the single-family market was showing more and more signs of life and market participants believed that was really bad for apartments. You saw the long homebuilder, short apartment trade become really powerful.

“Two, apartments were starting to show decelerating growth. Considering how strong apartment fundamentals have been, that should not have been a surprise to anyone. Just because rent growth was slowing didn’t mean it was going to fall off a cliff-and it hasn’t yet.

“Three, apartments were the only sector that was seeing a considerable ramp new development supply,” said McCulloch.

For now, the $16 million pending Archstone sale seems to have staved off the market slump and is drawing investors back in to the apartment REIT fold.

The split sale to AVB and EQR that is valued at around $16 billion-$6.5 billion in cash and stock and $9.5 billion in assumed debt-took some market watchers by surprise because Lehman had seemed steadfast in its desire to do an IPO, said McCulloch, although there were rumors that EQR was considering bringing AVB into a deal as early as mid-2012.

The two REITs retain ownership of the Archstone trademark/brand, but more than likely will phase out its use, he said.

Arcshtone’s development deals, which were primarily done through JVs, were assumed by either AVB or EQR independently, or rolled into a newly formed JV between them. The new JV includes Archstone’s apartment assets in Germany that the company acquired in 2006.

In exchange, Lehman’s estate becomes the largest shareholder in AVB and EQR, receiving $3.8 billion of stock in the REITs (34.47 million shares of EQR and 14.89 million shares of AVB) that it must hold until April 26 of this year.

Up to the day the sale of Archstone’s 45,000 mostly stabilized units in high-barrier-to-entry markets was announced, Lehman was detailing its plans to raise $3.45 billion in an IPO.

“That seemed to be their intention from the very get-go. They seemed more focused on that then a private sale,” said McCulloch.

“But, many market participants, including Green Street, long believed that a private market sale was in the best interest of the Lehman creditors given what had happened to public market pricing and the discount to net asset value Lehman probably would have had to take on Archstone in a public sale.

“Public market investors were going to demand a pound of flesh in an IPO scenario given the huge stake Lehman would have still owned in Archstone post offering. For this reason, we believe Lehman played their hand well through the entire process and got the best outcome for Lehman creditors,” said McCulloch.

EQR and AVB were the logical buyers, he said. Two of the nation’s largest apartment REITs have now become even larger.

Archstone was one of the largest publically traded apartment REITs until 2007, when a banking consortium of Lehman, Barclays and Bank of America took it private at the peak of the market for $22 million in a transaction that contributed to Lehman’s collapse. The fate of the company has been in question ever since.

Under the direction of a talented management team led by R. Scot Sellers, Archstone has been at the forefront of a number of advances in the apartment sector. The company’s portfolio commands the highest rents in the industry and would garner a lower cap rate than any public apartment portfolio-data suggested after running the assets through Green Street’s proprietary asset valuation model.

Archstone bankrolled and created LRO, the lease rent optimizer/revenue management system that revolutionized pricing of apartments. Plus, Archstone was the only apartment REIT to venture into the European market.

Little merger and acquisition activity has taken place in the apartment industry over the past several years, but the Archstone deal could jumpstart such activity in the near future. McCulloch believes the apartment REIT market could use more consolidation.

Investors are closely watching West Coast-focused BRE Properties as the possible next candidate for a take-over or break up, partly because the company’s stock underperformed the sector when BRE fell short of same-store annual revenue growth expectations last year.

In fact, BRE was one of the last public apartment companies to install such a program, finally selecting Rainmaker’s LRO in January 2012.

Some market watchers think Essex Property Trust, another California-centric apartment REIT, might have taken a stake in BRE, based on the Essex’s November announcement it had invested $73 million in a competitor.

Jonathan Litt, founder of hedge fund Land and Buildings Investment Management, issued a letter in December to investors urging BRE’s Moore to follow Lehman’s lead and put her REIT up for sale to the highest bidder. Land and Management targeted BRE as an M&A candidate last October and Litt believes Lehman’s decision to sell in the private market validates that.

He notes the 45 percent upside to the private market value of BRE’s assets, confirmed by the valuation of 21 times NOI of the Archstone deal.

According to Axiometrics, BRE is concentrated in all the top nine West Coast rental-growth markets for 2013 through 2016, with California poised for years of future recovery, and additional portfolio growth coming from BRE’s recently added LRO software, said Litt in his letter to investors.

Litt also points out that, “BRE’s board is stacked with senior REIT executives, whose companies have either sold or merged, and, in numerous discussions with BRE management, have indicated openness to strategic alternatives, describing themselves as ‘not entrenched’ and they are ‘for sale everyday’.”

Litt tells investors, “This is a management team and board that will sell the company when the time is right and that time is now!”