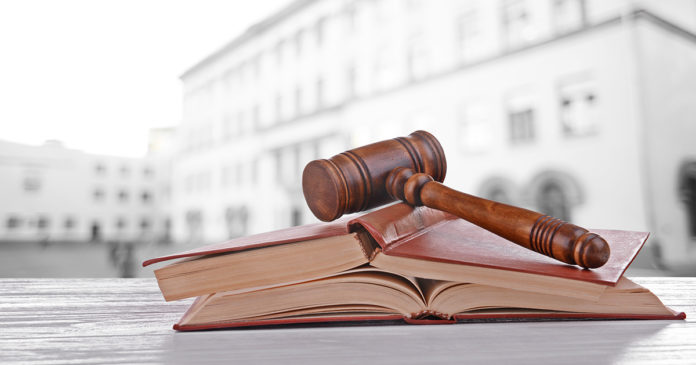 In that environment, people could invest and plan for the future without worry about having their wealth seized. They could also go about their lives without worrying that a government official might target them for a violation of some vague law or regulation they didn’t know existed.

Sadly, the rule of law has been decaying for many years, and very rapidly under Barack Obama’s presidency.

The decline of the rule of law was one of the topics covered at the Liberty Forum held by the Atlas Economic Research Foundation in November. A panel discussion with Professor Allan Meltzer of Carnegie-Mellon University, Leszek Balcerowicz, the first Minister of Finance in Poland following the fall of the Iron Curtain, and Serena Sileoni, of the Bruno Leoni Institute in Italy. All three speakers identified the decline of the rule of law as a serious contagion that threatens freedom and prosperity.

Meltzer observed that the rule of law is being replaced by a constantly-growing mass of regulation. That mass leads to crony capitalism, as politicians find that the regulations give them authority to pick winners (shower taxpayer money on favored businesses) and punish losers (such as threatening firms that don’t bow down to union demands, as Boeing discovered when it sought to build planes in South Carolina).

It also invites corruption. Contemplating the massive Dodd-Frank Bill and its 398 new regulations, Meltzer said, “How anyone can run a bank without paying bribes is a mystery to me.”

Balcerowicz argued that economic liberty is fundamental to both progress and individual happiness, but it depends on the rule of law. In Poland and here, he observed, special interests rely on emotional and ideological arguments to justify the expansion of government power. He argued that it is vital to unmask their demonization of free markets for what it really is, namely the pursuit of unearned wealth.

Sileoni noted that when a country begins to depart from the rule of law, people lose their safety from arbitrary actions by government officials, who have broad, often unchecked power to act however they will. She did not specifically mention the campaign of harassment the IRS has unleashed against individuals and groups that have the temerity to oppose the Obama administration, but that would be one of many good examples to prove her point.

In the question and answer session, someone asked Professor Meltzer how bad things have gotten and he replied that he wouldn’t go quite as far as his Hoover Institution colleague Richard Epstein, “who says that the rule of law is gone!”

The erosion of the rule of law is the subject of a recent book by Professor Frank Buckley of George Mason University Law School, The American Illness: Essays on the Decline of the Rule of Law. Throughout our history, our strong rule of law tradition attracted industrious people and capital from around the world, people who wanted to escape the weak protection for liberty and property in their native lands. Buckley writes, “Before now, the contribution of the legal system, positive or negative has been obscured by the relative advantage the country enjoyed when compared with other nations.” Unfortunately, he continues, “these advantages have been largely dissipated in recent years…”

Among the mountain of evidence in the book for his position is the fact that the U.S. now ranks behind many other nations in Transparency International’s Corruption Perception Index. The U.S. comes in at number 24, well behind countries where the rule of law is stronger and corruption less prevalent, such as New Zealand, Finland, Australia, Germany and Britain. People are less apt to work, save, invest, and start businesses in countries where they fear that officials will require payoffs to leave them alone or might seize their property on flimsy pretexts. We are sliding in that direction.

Also, as the rule of law recedes and the power of bureaucrats to enforce voluminous and often vague regulations increases, opportunities for using that power to silence criticism grows. Economist John Goodman recently pointed to the silence of the health insurance industry on his health policy blog:

“What threatens the foundations of a free society most of all is when it is the government (and its allies in the private sector) who are doing the attacking, and when the reason there is no response is that the victims of the attacks have been threatened and bullied into silence.” Specifically regarding Obamacare, Goodman continues, “I don’t know of any employee of any health insurance company that is willing to go on the record with any statement that is critical of the Affordable Care Act.”

The First Amendment loses much of its vitality when government officials have so much power to damage critics through regulatory procedures that the critics decide it’s better–safer–simply to remain silent. On a wide array of issues, that is where we are today.

And in case you’re inclined to think that concern over the rule of law is just a rightwing/conservative/libertarian fetish, I suggest reading Three Felonies a Day by Harvey Silverglate. Silverglate, a veteran civil rights and civil liberties lawyer, takes his title from a boast by one of Stalin’s enforcers that he could prosecute anyone Stalin wanted gone under the vast and vague Soviet penal code; almost everyone committed several felonies every day.

Disturbingly, we have reached the same point. Our laws and regulations are so all-encompassing that prosecutors and regulatory officials can ruin almost any person or business through legal processes. Silverglate’s book covers many chilling stories about ordinary Americans who happened to become targets for prosecutors eager to make their reputations by nailing people. That’s what can happen when the rule of law gives way to rule by men.

Another, equally frightening book in the same vein is One Nation Under Arrest by Paul Rosenzweig and Brian Walsh. Both books will leave you angry at the vicious treatment meted out to people by government officials who are only too happy to bully and crush fellow citizens.

The law should be a shield for individuals who want to go about their lives in peace, but instead it has been turned into a sword that is often used to harm them. Until we depart from the rule of men who have been empowered to act as they please and return to the rule of law, Americans will suffer.

Author: George Leef is the director of research of the John W. Pope Center for Higher Education Policy.