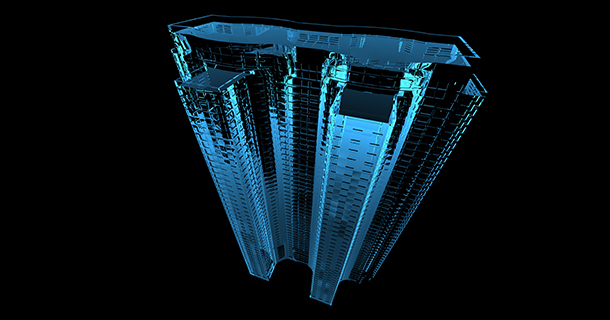 Among those changes is the way a building’s energy use is tracked, and subsequently adjusted to make it more green and cost-efficient. As time goes on, such practices may become more common.

A recent report from IHS Research, Englewood, Colo, entitled “Building Automation Equipment,” projects the U.S. market for the technology will grow 43 percent in the next five years.

Breaking it down into specifics, IHS projects the market for U.S. building automation systems will reach $1.65 billion by the end of this year. This figure represents a 5 percent increase from $1.57 billion in 2012. Growth ranging from 7 to 9 percent will reportedly follow within the next four years, leading to an expected $2.24 billion in industry revenue by 2017.

This growth will reportedly be spurred by the need for commercial buildings to be more efficient with their energy consumption. Sam Grinter, market analyst for the building technologies group at IHS, says buildings consume large amounts of energy through heating, ventilation and cooling. These elements can all be centrally managed via a building automation system which can exercise more control over these elements to save costs.

According to the report, the increasing cost of electricity will reportedly play a major role in the rise of building automation systems. Prices for U.S. retail electric power will increase by 8 percent between 2012 and 2020, with a sizable portion of that increase coming due to investments in renewable energy.

“With budgets cut and many large companies struggling to grow at more than 5 percent on an annual basis, the higher cost of electricity could prove to be a major headache for commercial and government building owners,” says Grinter.

In the end, perhaps it’s not so surprising to see building automation investments on the rise. In addition to making structures greener and more energy efficient, it can also make a company’s proverbial wallet a bit fatter.

The question: “How much does system integration cost our industry as a whole?” is a deceptively simple question.

The term “system integration,” refers to the labor or hardware costs required to make HVAC systems, submeters, lighting controls, and other devices within buildings talk nicely with one another.

To the uninitiated, systems integration seems like it ought to be a cake walk: If you can install a printer driver on your PC without a lot of hassle, how hard can it be to, say, pair Modbus devices (protocol used with programmable logic controllers) over a local network? Or connect BACnet controllers (communications protocol used in building automation) with one another? Hasn’t technology solved that problem?

But for those of us who work on integration problems every day, making systems talk with one another is much more than just a hassle. It’s so difficult that it supports an entire industry called “systems integration.”

Many building operators spend unexpectedly large quantities of time and resources on integration, which usually means consulting fees to systems integrators or the big automation companies. If paying large sums of money to give systems integrators job security doesn’t give you a warm, fuzzy feeling, then you’re probably equally frustrated by what that money could be doing for facilities if it was put to work in more productive areas, such as energy efficiency.

Let’s start with a tangible example of an integration hurdle. The owner of several 200,000-sq.-ft. buildings wants to install an electric meter in each one and tie it to the building automation system (BAS). The owner wants to track usage in greater detail than a monthly bill can provide. Eventually, he wants to explore reducing HVAC loads at certain peak times, but right now he simply needs to gather data. Sounds easy enough, right?

With a quick Google search, you can find an electric meter for $250 plus shipping. Let’s say labor is $500 for the electrician. It’s uncertain how much the BAS guy is going to charge, but a ballpark estimate would put it in the $250 to $500 range per building. How hard can this be? He just needs to run some wire, hook things up and push some buttons, right?

If you estimated the total cost of this hypothetical installation to be merely $1,000 or $1,250 per building, then you would be wrong. The BAS guy’s quote is astronomical. First, you need to add an “input board” to the field panel to accommodate the additional meter input. There is labor required to configure this properly. Then you need to “trend” the point in the BAS, this means actually storing the kilowatt-hour data on disk.

The BAS is not set up for trending. How to fix that? You’ll need to buy another computer to run the database. Okay, computers are $500 from Best Buy. Not a deal-killer. But now you need a Microsoft SQL server license, an expensive BAS software license, and, most expensive of all, engineering labor ($175 per hour for several days) to set it all up.

“Where did I go wrong?” you ask yourself. You decide to get a price quote from another BAS guy. It’s the same amount (or more). Frustrated, you conclude that getting submetering done is just expensive.

Sadly, the building automation industry was never designed to make integration easy. In fact, it was designed to do just the opposite.

The companies that manufacture BAS controllers have always relied on local dealers or distributors to market and sell their products. Local dealers won’t carry a product unless they can make money selling it. Hardware markups in the 40 percent to 50 percent range are nice, but they’re nothing compared to a situation in which every sale obligates the customer to purchase twenty to 40 hours of engineering time, which you can bill out at $175 per hour.

If you doubt that systems integration is a large burden on the industry, consider the number of companies that are financially supported by filling this niche.

It probably doesn’t need to be said that more energy efficiency could be realized if our budgets weren’t being artificially siphoned by disappointing technologies.