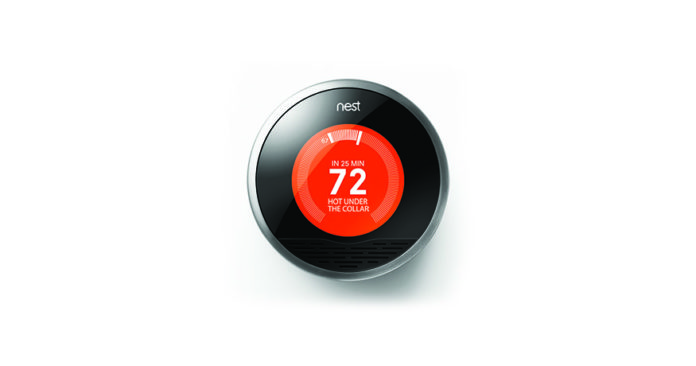 That’s the recording you’ll eventually receive (after you’ve gone through two decision trees) if you call the Google headquarters phone number, the only number listed on Google’s “Contact Us” page.

Really? Google–as in Android, Chromebook, Google Glass, Google TV–does not have live customer support? No, it doesn’t. Google’s intense focus on data and technology and advertisers since its founding meant that it didn’t need retail customer support. So not having it wasn’t really a problem. But Google just bought Nest for $3.2 billion. Nest was created by Tony Fadell, the former Apple superstar often referred to as “the father of the iPod.”

Nest makes an Internet-connected learning thermostat for the home that can be controlled by your smartphone. It recently launched a smart smoke detector as well. This acquisition of technology was really an acquisition of retail customers–real people–and a new market for them, so now Google does have a problem.

We have four Nest thermostats in our home. I love almost everything about them. The big, back lit screen means I no longer need a magnifying glass and flashlight to see the temperature. The precision of the control means there’s not a three-degree variance between what I want and what I get. The fact that I can control it from my phone means I can change the temperature in any room, from my bed or from Rome. It tells me how long it will take to get the room up to the desired temperature. And the design is absolutely gorgeous.

But the main thing I don’t love about Nest is the way it handles customers. Tech support is really important for this product, which is complicated to install, set up, and maintain.

Playing middleman between your thermostat, your home electrical system, and your heating and air conditioning system is not for the faint of heart. Questions arise like, “Which wires are connected to the thermostat: Rh, W1, Y1, G, C, O/B, AUX/W2, or Rc?” You get warnings like, “Do not touch this part of your furnace or the world will come to an end.”

My mom is comfortable adjusting the settings on her smartphone. She wouldn’t be comfortable down in the basement connecting the green wire to the red wire on the furnace’s electrical panel.

Sadly, the tech support that Google acquired in the deal is nowhere near up to the task. We had to have an independent contractor come out and install our thermostats. Then we had to have him come back because we had no luck with Nest’s people. (One of them seemed to think it was my job to get an HVAC license, not his to help me understand.) Because the contractor was new to the product and wanted to learn about it, he came three times. But he didn’t have to (we paid only for a single visit), and if he hadn’t, we wouldn’t have a working system. As in, no heat during the polar vortex.

I wrote a letter to Tony Fadell about all this and sent it FedEx to Nest headquarters. I never got a response.

Compare this with Apple tech support and customer service. I had problems with Apple’s new Pages program. I wrote a letter to Tim Cook a couple of weeks ago. I got a reply in two days from a senior product engineer who is now soliciting feedback and advice from me about the program. And Apple’s telephone tech support is the gold standard.

Apple Voice Pass recognizes your phone number and says, “Hello Dan,” the moment it picks up. It knows your serial numbers so you don’t have to repeat them to the tech person. It tells you how many minutes I’ll wait and it’s never been more than three.

It allows you to have Apple call you, so you don’t have to wait. The technicians are friendly and know what they’re doing. My mom calls them all the time. And then, of course, there are the Apple Genius bars where you can speak face-to-face with someone, product and problem in hand.

Google’s disinterest in customers could make Nest’s subpar tech service even worse. Whereas Apple is interested in the customer, Google is interested in data–it’s in its DNA. That’s where it created its success. But Google’s lack of customer focus is its Achilles’ heel.

As far back as 10 years ago, after being frustrated time and time again by Google’s “Blogger” product, and having no customer support to turn to, I finally quit using it. This disconnect is particularly problematic for home automation products. I won’t consider buying the Nest smoke detector. I’m not willing to mess with my kids’ lives if the tech support on that product turns out to be substandard, too.

Google just bought entry into the home automation market. It could be very exciting, not just for Google, but for all its customers and potential customers. But in the absence of superior customer-service capabilities, their purchase is worthless.

And this is what business pundits consistently overlook. Tony Fadell is a great product designer. But there’s more to a great technology product than technology and gorgeous design. If Google doesn’t wake up to this gaping hole in the future it has planned for itself, one day that headquarters recording will be saying, “Google does not offer home automation products at this time.”