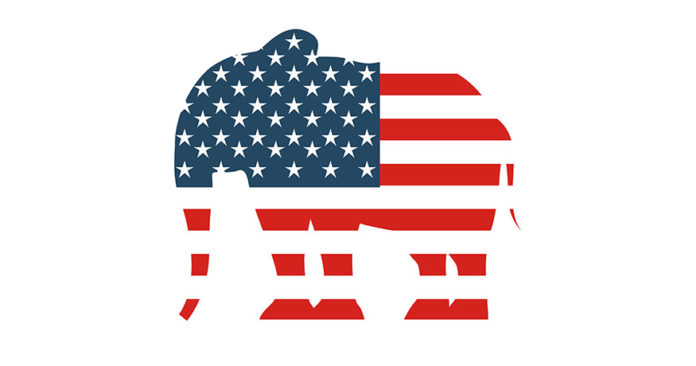 As punditry is appropriately colorized by the perspective of the teller, our industry leaders may be the clearest sounding bell on how it affects not only to our own livelihoods, but the tipping point of our entire economy. Housing, even multihousing, has traditionally been the “back bone” of the country and fortress in winds of change.

Whether it’s a “wall” or “rope” has yet to be determined, but here are inside and outside perspectives responding to the President’s points. From capital markets to new apartment construction, from the economy to jobs to disposable personal income, all affect multihousing.

In his big annual speech to Congress, Barack Obama made several promises. He pledged to raise the minimum wage for those contracted to the federal government, to create a new tax-free savings bond to encourage Americans to save, to work for the closure of the Guantanamo Bay prison, to push immigration reforms and to veto any sanctions that Congress might pass designed to derail his deal with Iran over its nuclear program. But for anybody listening from abroad, his most startling promise to America’s legislature was to bypass it. “Wherever and whenever I can take steps without legislation to expand opportunity for more American families, that’s what I’m going to do,” he vowed. This year, he said, will be “a year of action.”

That in America this pledge was not regarded as the most remarkable element of the speech shows how inured the country has become to dysfunctional government. After years of gridlock, Americans have got used to the idea that the gerrymandering of the electoral system and the polarization of their two political parties have set the branches of government against each other, and that the checks and balances originally intended to keep the country’s polity healthy have condemned it to sclerosis. Government shutdowns, fiscal cliffs and presidents who promise to do their best to ignore the legislature are no longer much of a surprise. Yet Americans may have become too gloomy: President Obama’s speech could be the latest in a series of small signs that things are getting better.

Last year’s shutdown was such a public-relations disaster for politicians in general and the Republicans in particular that it is unlikely to happen again. The Tea Party’s kamikaze tactics have been discredited; that is why, without much fuss, Congress recently managed to pass a budget. Obama knows that he can do nothing of interest without co-operation: when parsed, the promises of unilateral action in his speech amounted to not much more than a few low-level government workers getting paid a sliver more. No one expects 2014 to be a year of bipartisan chumminess, but several deals are possible.

Take inequality, Obama’s new theme. Higher minimum wages are a less effective way to help poorer Americans than expanding the earned income tax credit (a negative income tax for workers on low pay). Several Republicans are open to this idea. Senator Marco Rubio, a rising star, recently said so; a fact Obama alluded to in a speech that was uncharacteristically–and encouragingly–short of partisan sniping.

On immigration, too, a deal is doable. House Republicans are about to release a list of principles for reforming a system everyone agrees is broken. Obama said he wants to sign a bill this year; if he handles Congress delicately, he may get his wish. The same goes for his request for lawmakers to give him “fast track” authority to negotiate trade deals. This is an essential tool for promoting free trade: if Asians and Europeans think Congress will rewrite trade pacts after the haggling is over, they will not take Obama seriously as a deal maker.

It is still sad that this is the best that can be said of the world’s most powerful democracy. It is hard to imagine the citizens of emerging economies looking at these compromises and finding them inspiring. But they are a start–and the political winds may be changing. If Obama is to be remembered for anything at home but the botched roll-out of his health reform, he needs to get some measures through Congress. The Republicans need to be seen as something other than obstructionist if they want to win the White House. For once, they both have something in common: they need government to work.

We applaud President Obama’s initiatives in the State of the Union address to revive the ailing housing market. Though the apartment industry continues as one of the few bright spots in the economy, multifamily cannot sustain its strong growth without overall economic growth, and that requires a steady housing sector.

We also applaud the President’s reference to building energy efficiency and reiterate our call for lawmakers to renew, expand and enhance the expired energy tax credits that help building owners retrofit their properties to be more energy efficient. Energy efficient upgrades in multifamily buildings could result in up to $3.4 billion in energy savings nationwide according to the U.S. Energy Information Agency.

Long-term, housing finance reform will serve as a critical component of the housing recovery. We encourage a market dominated by private capital, but history has shown that even in strong economic times the private sector cannot meet the industry’s needs. An ongoing federal backstop paid for by users is necessary to meet the country’s growing need for rental housing.

While we support federal efforts to right the troubled housing market, we caution lawmakers to avoid policies that attempt to fix what is not broken in a thriving multifamily industry via an unbalanced housing approach that caused the problems in the first place.

The nation is relying on rental housing more than ever as changing demographics and lifestyle preferences favor apartment living. Renters could make up half of all new households this decade–more than seven million new renter households. Now more than ever we need a strong, balanced housing policy to meet the country’s changing housing preferences.

The National Multifamily Housing Council and National Apartment Association operate a Joint Legislative Program and represent the nation’s leading firms participating in the multifamily rental housing industry. NMHC/NAA’s combined memberships are engaged in all aspects of the development and operation of apartment communities, including ownership, construction, finance and management.

The following statement is by David H. Stevens, president and CEO of the Mortgage Bankers Association:

Like the President, we believe it is time to move forward with rebuilding this nation’s housing market and that lenders and borrowers alike contributed to the housing crisis we are currently in. Let there also be no mistake, those who committed illegal acts ought to face the consequences, if they haven’t already.

The most important step that policymakers can take is to articulate a clear national housing policy that establishes certainty for lenders and borrowers alike. Finalize the Risk Retention/Qualified Residential Mortgage (QRM) rule in a way that ensures access to credit for all qualified borrowers.

Establish workable national servicing standards that will provide clear rules of the road so that borrowers know how they will be treated by their loan servicers.

Develop a legal safe-harbor for the Qualified Mortgage/Ability to Repay requirements under Dodd-Frank so that lenders have an unambiguous, bright line standard to govern who should get a mortgage. Move quickly to determine the proper role of the federal government in the mortgage market in order to ensure sufficient mortgage liquidity through all markets, good and bad.

MBA is calling on all stakeholders to join us in real time to enact and implement these and other solutions that will stabilize and benefit the entire housing market, borrowers and lenders alike.”

The Mortgage Bankers Association represents the real estate finance industry, an industry that employs more than 280,000 people in virtually every community in the country. It works to ensure the continued strength of the nation’s residential and commercial real estate markets; to expand homeownership and extend access to affordable housing to all Americans.

In the State of the Union address, President Obama offered a domestic agenda focused on expanding opportunity for all. The National Housing Conference (NHC) believes that safe, decent and affordable housing for all in America is an essential part of expanding opportunity.

As a nonpartisan organization, NHC calls on policymakers to focus on the outcomes that matter for American families rather than fleeting partisan point-scoring. “Housing is a pocketbook issue, plain and simple,” said NHC president and CEO Chris Estes. “We expect to see the President and Congress in 2014 refocusing on policy changes that can make stable housing more affordable and more accessible to all in America.” Making our housing finance system sustainable for the long term and focused on the shelter needs of all in America is essential for moving housing and the economy forward.

“We are pleased to see the President reiterate in the post-State of the Union release his commitment to reforming the system of housing finance,” said Ethan Handelman, NHC’s VP for Policy and Advocacy. “His openness to building on the bipartisan work of the Senate Banking Committee shows a commitment to the housing needs of Americans.”

Although the President cited a rebounding housing market as a positive result of the collective effort of Americans, more is needed to make housing the engine of opportunity it has historically been. Overall national statistics obscure the communities struggling to rebuild after waves of foreclosures, the families struggling with burdensome housing costs, and Americans trying to emerge from homelessness.

President Obama said, “The best measure of opportunity is access to a good job.” Good housing policy is an essential part of fulfilling that opportunity. Creating and preserving affordable housing ensures workers can afford to live close to those good jobs. Ensuring reliable access to affordable home mortgages is an essential rung on the ladder of building household wealth.

By focusing on the combined cost of housing and transportation, federal agencies can help communities create new houses and apartments close to transit and preserve affordable homes that are already well-located. Expanding long-standing and effective federal housing programs provides the essential building blocks communities use to house America’s workforce and care for the most vulnerable among us, some of them veterans of the armed forces. And addressing the mortgage debt burdening many families can allow workers to relocate, pay for education, and ensure stable homes for today’s school children to begin building the economy of the future.

The National Housing Conference represents a diverse membership including tenant advocates, mortgage bankers, nonprofit and for-profit home builders, property managers, policy practitioners, realtors, equity investors, and more, all of whom share a commitment to a balanced national housing policy. Since 1931, NHC has been dedicated to ensuring safe, decent and affordable housing for all in America.